‘We are also human,’ says Iga Swiatek after breaking down following exit from singles at Tokyo Olympics 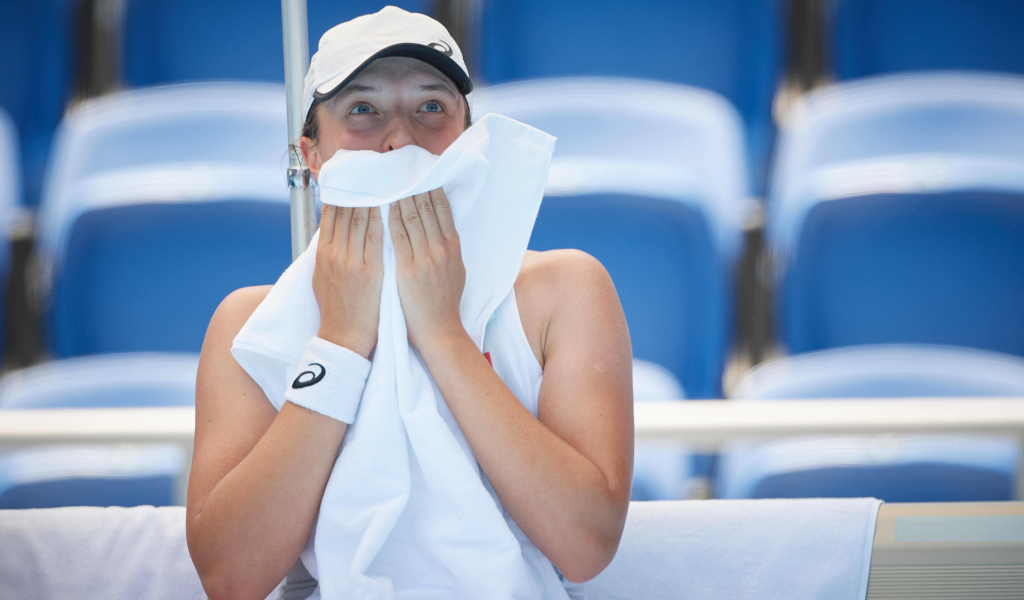 It was an emotional departure from the singles at the Tokyo Olympics for Iga Swiatek with the former French Open champion admitting that the majority of players cry after losing matches.

Playing in her maiden Olympics, the Pole was seeded sixth and had no problems seeing off Mona Barthel from Germany in the opening round.

However, her Tokyo singles journey came to an abrupt end on Monday as she went down against the unseeded Paula Badosa from Spain, losing 6-3, 7-6 (7-4).

After returning to her chair, the 20-year-old broke down in tears and it took a while before she regained her composure.

“It seems to me that 90 percent of players cry after losing matches,” Swiatek said. “This time it happened to me. We are also human. Competing at the highest level every week is not easy. Tennis is such a frustrating sport at times, but of course there is nothing to complain about.”

As for her performance against Badosa, the world No 8 admits it felt like she was “playing against a wall”.

“[Badosa] put a lot of pressure on me, she was attacking all the time,” Swiatek said. “Sometimes I felt like (I was playing) against a wall, I was a lot defensive. It was a very demanding game.”

Badosa will face Nadia Podoroska for a place in the quarter-final after the Argentinian beat Ekaterina Alexandrova from ROC 6-1, 6-3.

‘I’m here for a good time,’ says Naomi Osaka after easing into third round at Tokyo Olympics

Third seed Aryna Sabalenka was also a second-round casualty as the Belarusian was dumped out by Donna Vekic with the Croatian winning 6-4 3-6 7-6 (7-3) after finding herself 4-2 down in the decider.

“It is really good, really satisfying [to beat Sabalenka],” world No 50 Vekic said. “Winning 7-6 in the third set is always great. She’s playing really good tennis this year so I’m sure this win will give me a lot of confidence.”

Two-time Grand Slam winner Petra Kvitova also crashed out as the Czech was beaten 5-7, 6-3, 6-0 by Alison van Uytvanck from Belgium.

Van Uytvanck will face Garbine Muguruza for a place in the quarter-final after the seventh-seeded Spaniard beat Wang Qiang from China 6-3, 6-0.