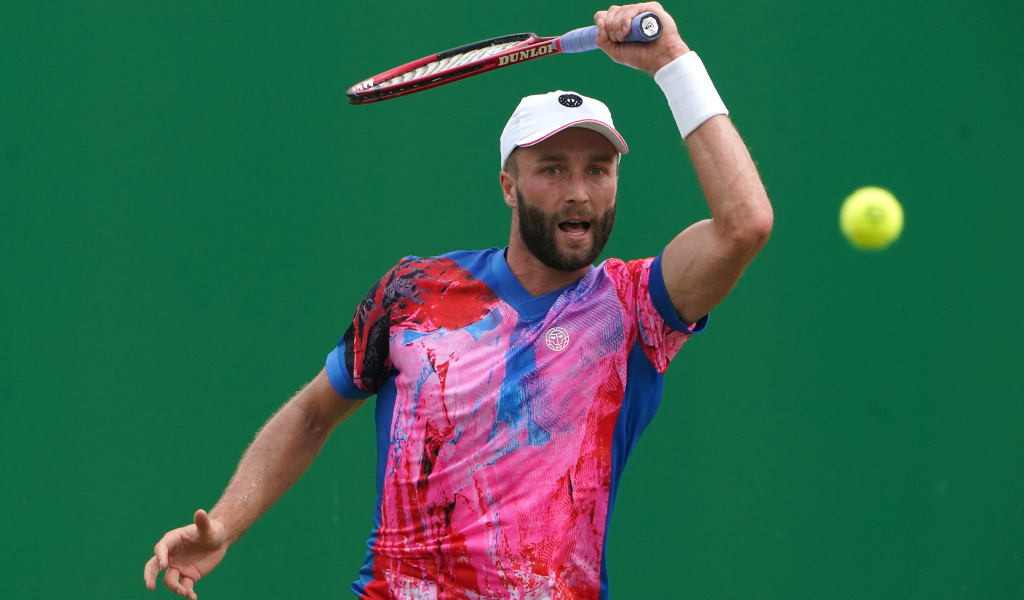 Liam Broady’s late dash to the Olympics is proving spectacularly worthwhile after the British No 5 produced a stunning upset of seventh seed Hubert Hurkacz to reach the third round of the men’s singles.

The 27-year-old from Stockport, ranked 143, was the last man into the draw but followed up a gruelling first-round victory over Francisco Cerundolo with the best win of his career.

Hurkacz beat Roger Federer to reach the semi-finals of Wimbledon earlier this month but the Pole, ranked 12th, was outplayed by Broady, who claimed a brilliant 7-5, 3-6, 6-3 victory.

The WTF look on my face here is cracking me up 😂😂 pic.twitter.com/L8kelTrQWI

He is flying the British flag solo in singles, and said: “It’s obviously a career-best win and at a career-high moment, coming in and representing GB at the Olympics, so it couldn’t have gone better.

“I don’t think anyone expects very much of me, I think that kind of works well for me. It’s nice to get this result just to know that I’m doing some things right. Obviously to beat somebody of that calibre at the Olympics, you have to be doing better than I was, so it’s nice.”

Broady has spent virtually his whole career playing at the lower levels of professional tennis but this has been his best season and the reward was an unexpected spot in Tokyo.

Simply getting to Japan so close to the tournament was a major challenge, with Broady, who next faces Frenchman Jeremy Chardy for a spot in the quarter-finals, saying: “It was a bit of a nightmare to be honest. I’m probably going a bit bald from it.

“I found out last Friday and then things shut down a little bit over here for the weekend and I was flying on the Tuesday. Twelve hours a day trying to organise everything and luckily we got it all sorted.”

He was supposed to be playing two tournaments in the USA this fortnight and admitted he consulted his coach on whether to come or not.

“I wanted to make the right decision for my career,” he said. “With such a short turnaround, I felt like it would be difficult to perform well. I kind of proved myself wrong.

“The biggest thing was I didn’t want to have a regret after my career and you never know. Maybe I will play in Paris in three years’ time, maybe I won’t, and I didn’t want to look back and say that I turned down the opportunity to represent my country at the Olympics.”

Broady has been soaking up the Olympic experience, although sharing an apartment with Britain’s gymnasts has left him feeling a little self conscious.

“They are absolutely ripped,” he said. “Compared to tennis players’ chicken arms, their arms are huge. It’s embarrassing in that way, I walk around with long sleeves on.

“They’ve been absolutely class. It’s been a fantastic experience just to see Team GB as a whole and all the different athletes interacting. These are the best of the best and it’s pretty inspiring to be around.”