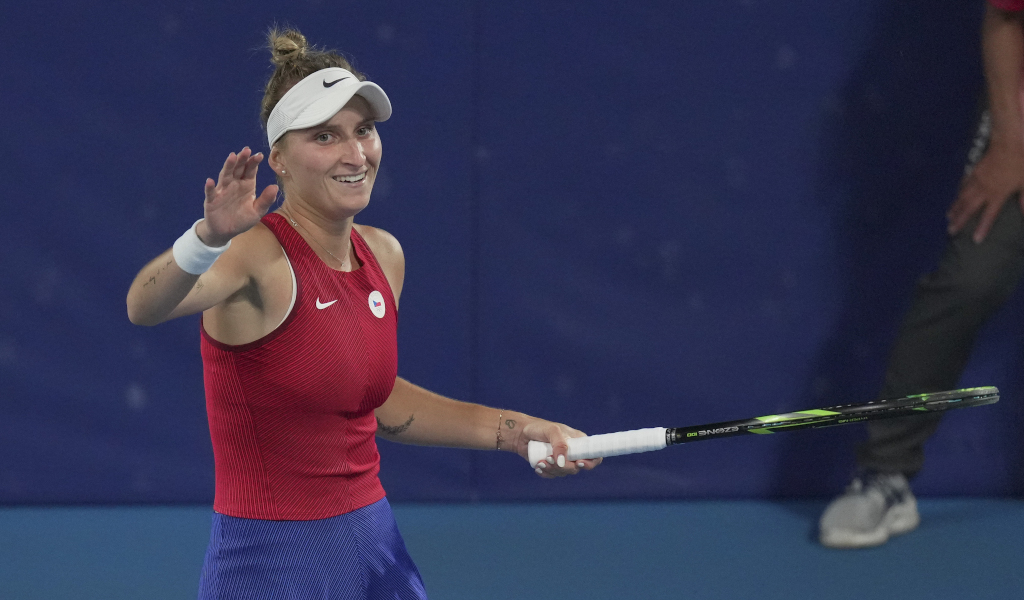 Marketa Vondrousova will contest the Tokyo Olympics gold medal match with Belinda Bencic after brushing aside Elina Svitolina in the semi-final.

World No 42 Vondrousova started the Games as a rank outsider, but she is now just one win away from winning gold after beating fourth seed Svitolina 6-4, 6-1 at Ariake Tennis Park.

The Czech, who accounted for pre-tournament favourite Naomi Osaka’s demise in the third round, broke three times in the first set and twice in the second set to claim a routine win in just over an hour.

First woman from #CZE to reach an #Olympics singles final: Czech ✅@VondrousovaM was flawless in a 6-3 6-1 semi-final victory against No.4 seed Elina Svitolina and now stands one win away from #Gold#Tokyo2020 | #Tennis

“I mean my emotions right now are too high,” the 22-year-old, who finished runner-up to Ashleigh Barty at Roland Garros in 2019, said. “To have the medal, for me it’s the greatest thing ever to be here as an athlete for the Olympics.

“It’s amazing, and also to have a medal, it’s something I dreamt of and I didn’t think it will become reality.”

She will face Bencic on Saturday after the Swiss world No 12 defeated Elena Rybankina in the first semi-final.