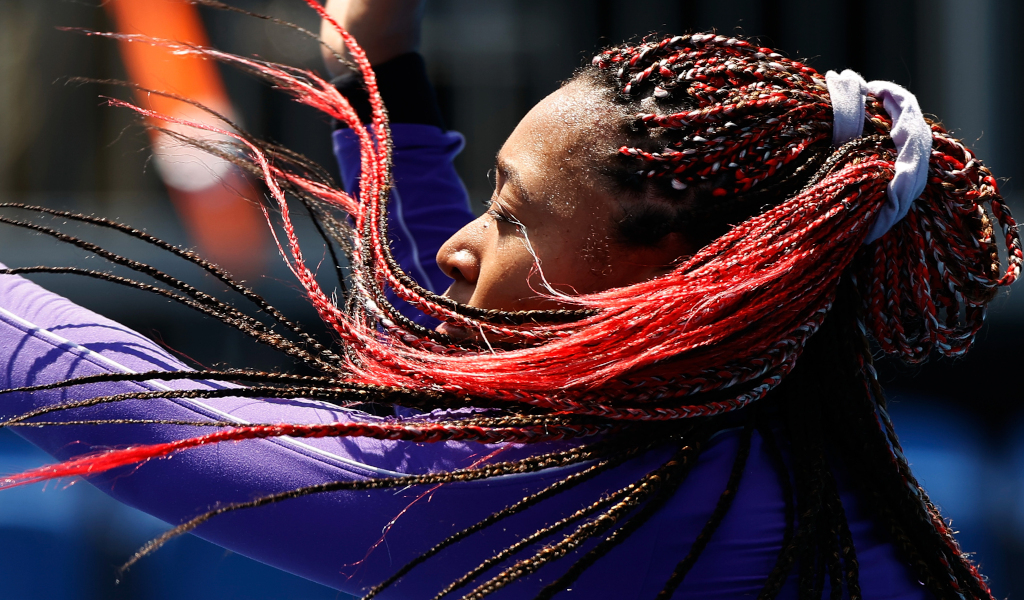 Naomi Osaka returned to the tennis spotlight on and off the court with victory over China’s Zheng Saisai in the opening round in Tokyo.

Two days after lighting the Olympic flame to cement her status as the face of the Games, Osaka was out in an empty stadium for a 6-1, 6-4 victory.

The 23-year-old last played a match eight weeks ago before pulling out of the French Open on mental health grounds after announcing she would not be taking part in press conferences.

That prompted a debate that went a lot wider than tennis and added extra intensity to what was already a high pressure environment for Osaka, who is looking to become Japan’s first gold medallist in the sport.

The lack of crowds meant Osaka was able to go about her business in a calm environment on court, with only a smattering of journalists, coaches and other team members in the cavernous arena.

It was a different matter off court, with tickets for the mixed zone – where journalists can ask questions to players – in high demand and social distancing out of the window.

“Honestly I don’t feel that weird about it,” she said. “It might feel weird to you guys. I’m happy I guess that you guys are asking me questions but more than anything I was just focusing on playing tennis. I feel a little bit out of my body right now.

“I felt really nervous being in Japan and playing here for the first time in maybe two years, and for it to be my first Olympics. It was definitely really nerve-racking. But I am glad I was able to win, she is a very tough opponent.

“Playing the Olympics has been a dream of mine since I was a kid, so I feel like the break I took was very needed. But I feel definitely a little bit refreshed and happy again.”

Two days on from lighting the @Olympics cauldron, @NaomiOsaka races through to the second round with a 6-1 6-4 victory over Zheng Saisai#Tokyo2020 | #Tennis | #Olympics pic.twitter.com/e7pMkAloD6

As a mixed race woman and outspoken advocate on issues of equality and now mental health, Osaka’s starring role in the opening ceremony was an indication that Japanese society is changing.

She revealed she was asked to perform the role in March, saying: “I feel very, very proud. When I lit the flame, I was super honoured.

“That is a position you dream about and not everyone can do it. When they asked me if I wanted to, I was very surprised but very honoured and I’m happy to be here and happy to play, especially in Tokyo.”

In the second round, Osaka will take on Swiss Wimbledon quarter-finalist Viktorija Golubic, with six victories needed to claim gold.

Much greater challenges lie ahead, and there were signs of understandable rust in the second set against Zheng from Osaka, but it was very much a case of job done as she made it safely over the first hurdle.