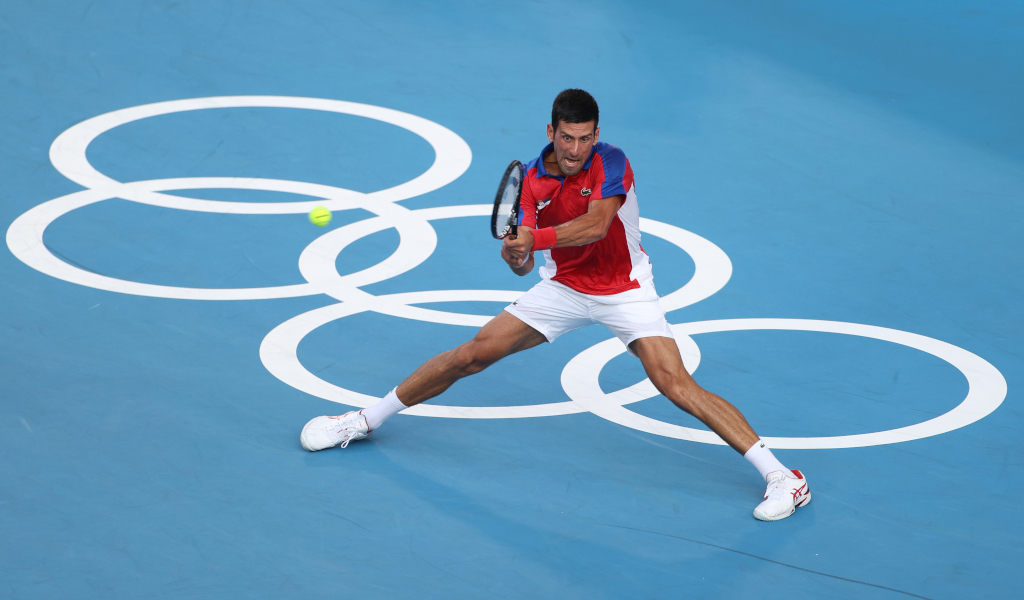 He is only two wins away from winning gold at the Tokyo Olympics and Novak Djokovic admits he is starting to feel good on the court after easing into the semi-finals.

The world No 1 from Serbia was in blistering form as he crushed Kei Nishikori 6-2, 6-0 to book his place in the last four, breaking twice in the first set and three times in the second to win in one hour and 16 minutes.

Djokovic is aiming to become the first man to win the Australian Open, French Open, Wimbledon, US Open and Olympics singles gold in the same year.

The 20-time Grand Slam winner believes he produced his best performance in Tokyo against Nishikori.

“The matches are not getting easier but my level of tennis is getting better and better,” he said.

“I’ve done that so many times in my career. I know that I’m the kind of player that the further the tournament goes, the better I feel on court, and that’s the case here.

“Best performance of the tournament tonight against a good opponent.”

Moving into your 3rd Olympic semi-final like ✌️@DjokerNole moves a step closer to the Olympic dream, taking out Nishikori 6-2 6-0 to move into the last 4…#Tokyo2020 pic.twitter.com/NBK6nL0Kx5

Djokovic will face Alexander Zverev for a place in the gold medal match after the fourth seed from Germany beat Jeremy Chardy from France 6-4, 6-1 in one hour and seven minutes.

The other semi-final will see Pablo Carreno Busta take on Karen Khachanov.

“I felt well physically, I felt well mentally,” Khachanov told ITFtennis.com. “I came here to fight for medals and I’m playing good tennis so far. I’m happy that I’m managing to find solutions to the problems as they appear – this is tennis. I’m enjoying [it] so far, and I want to keep going like that.”