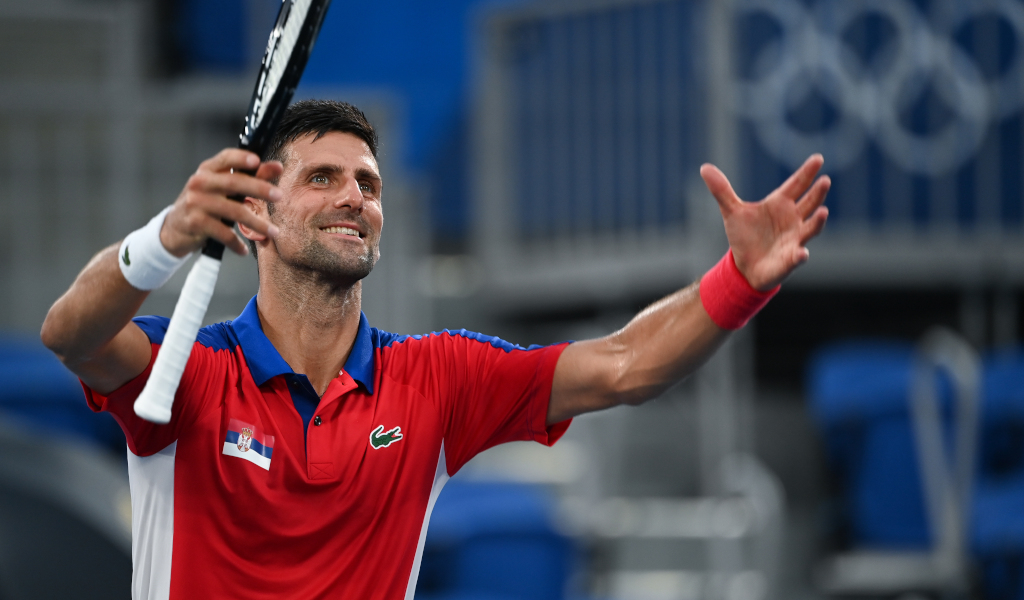 The Novak Djokovic Golden Grand Slam bid remains alive after the Serbian brushed aside Jan-Lennard Struff to reach the third round of the Tokyo Olympics.

Having already won the Australian Open, French Open and Wimbledon this year, Djokovic needs to win gold in Tokyo and follow it up with success at the US Open to become the first man to win an incredible Golden Grand Slam.

And he is certainly looking the unbeatable at the Games as he beat German Struff 6-4, 6-3 in one hour and 15 minutes to win his 11th singles match at the Olympics.

Most men’s singles match-wins at the #Olympics

“I was struggling with certain things in the first round, but today was far more pleasant to play, just a higher level of tennis on my side,” the world No 1 said after the match.

“I’m very pleased with the way I felt on the court.”

He added: “I think that once you reach the top spots in the rankings and start winning Slams, you’re going to experience different kinds of expectations and pressure from yourself and people around.

“Being a Grand Slam champion and being number one in the world carries a lot of weight.”

Up next is Alejandro Davidovich Fokina after the Spaniard saw off the challenge of John Millman from Australian, winning 6-4, 6-7 (4-7), 6-3.

Fourth seed Alexander Zverev produced another solid day at the office as the German beat Daniel Galan from Colombia 6-2, 6-2 to earn a clash against Lorenzo Sonego, who defeated Georgia’s Nikoloz Basilashvili 4-6, 6-3, 6-4.