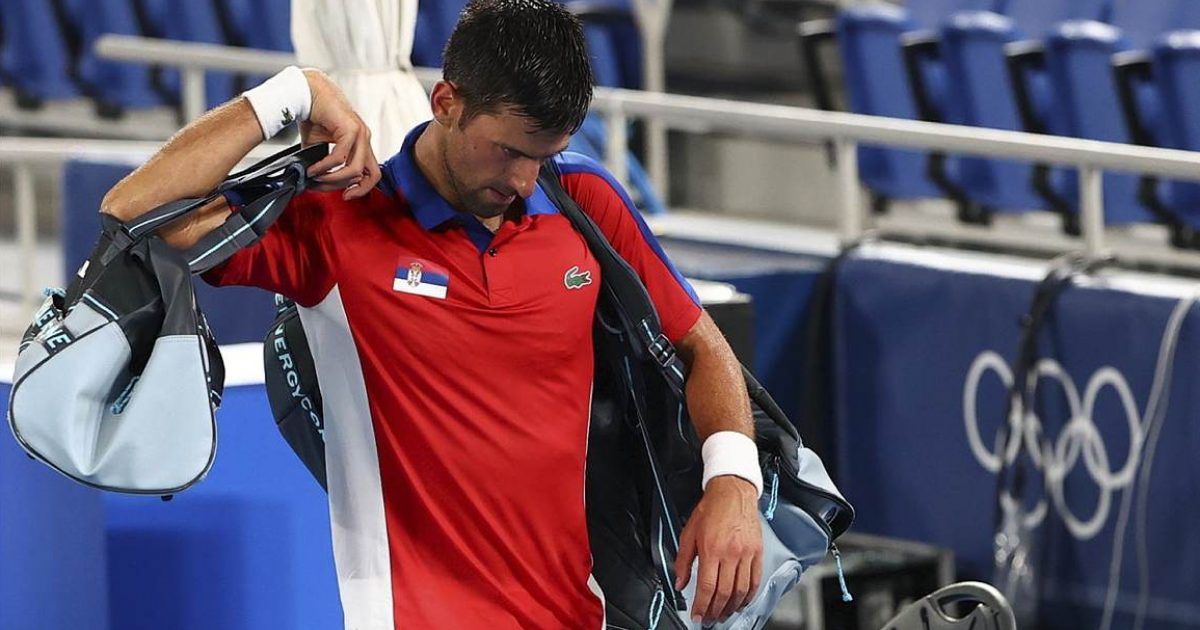 Novak Djokovic’s dreams of a Golden Slam are over after a defeat by Alexander Zverev in the Olympic semi-finals.

The world number one was looking to become the first man in history to win all four grand slam titles and Olympic singles gold in the same year but Zverev fought back brilliantly after losing the first set to win 1-6 6-3 6-1.

Remarkably, Djokovic lost ten of the last 11 games of the match and looked drained of energy as he congratulated his victorious opponent at the net.

Aside from an inspired Zverev, Djokovic’s other big opponent was the humidity, with which he has never coped well. He persuaded organisers to shift the start of play back from 11am to 3pm to avoid the worst of the heat but conditions were still extremely difficult despite the match not beginning until nearly 5pm.

Djokovic, who was on a 23-match winning streak taking in French Open and Wimbledon titles, looked set for another easy victory when he raced through the opening set and broke Zverev for 3-2 in the second.

But from there the match turned on its head, the powerful German beginning to achieve the seemingly impossible of hitting through his opponent as he won a remarkable eight games in a row.

Djokovic finally stopped the rot to hold for 1-4 in the decider but a lacklustre final game showed he knew the game was up.

“I told Novak he is the greatest player of all time,” said Zverev.

“I am 99% sure that he will win the most Grand Slams, the most Masters 1000. I know he was playing for history, for the Golden Slam. I’m sorry, but we can’t win everything.”

It is the third time Djokovic has lost in the semi-finals at the Olympics, with his only medal a bronze in Beijing in 2008.

Zverev was in tears on the court afterwards and now he will take on Karen Khachanov of the Russian Olympic Committee for the gold medal.