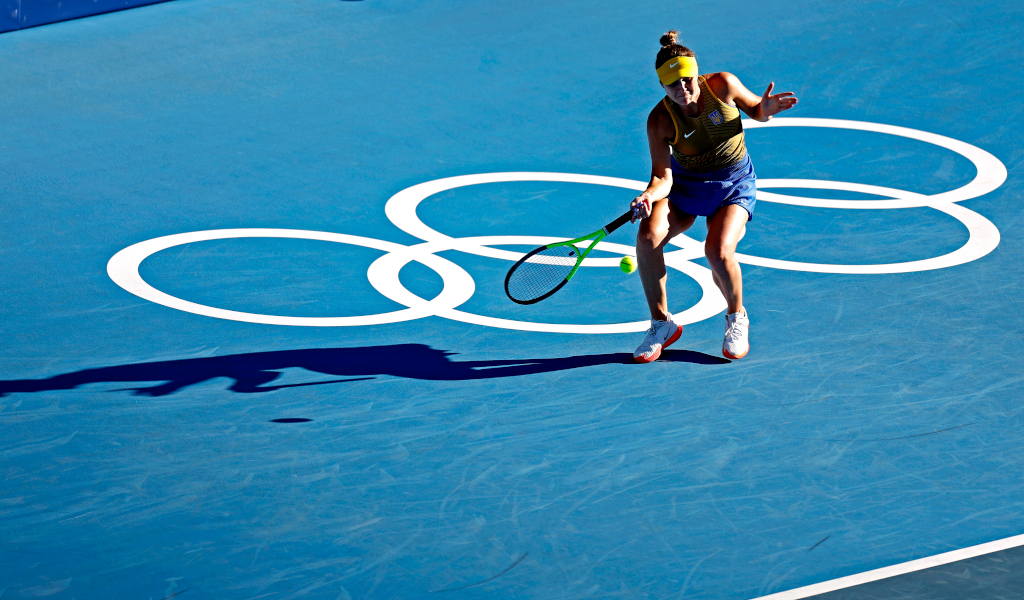 Elena Rybakina, Belinda Bencic, Elina Svitolina and Marketa Vondrousova are the four players who will battle it out for gold at the Tokyo Olympics, but it was another dramatic day as the heat took its toll with Paula Badosa’s campaign ending in a wheelchair.

The heat has been a problem throughout the event and Spain’s Badosa had the early advantage against Vondrousova as she had a 3-1 lead, but she started to struggle and the Czech won five games in a row to take the opening set 6-3.

Badosa was unable to continue and she left the court in a wheelchair.

Absolutely heartbreaking as Paula Badosa retires due to heat. Vondrousova is into the semis. pic.twitter.com/BNksT22RmZ

Svitolina dominated early on as two breaks gave her a 4-0 lead, although Giorgi managed to get one break back while it was a similar theme in the second set with the world No 6 breaking twice.

“I know that for Ukraine, [the Olympics] is a really big thing,” Svitolina told The Olympic Channel.

“I value the Olympics as a Grand Slam, and I tried to prepare to bring my best tennis. Here I am in the semifinal, and I can get a chance to get a medal. It’s very special for me, but I try to take one match at a time.”

Switzerland’s Bencic won a three-setter against Anastasia Pavlyuchenkova from ROC as the ninth seed booked her place in the semi-final with a 6-0, 3-6, 6-3 victory in two hours and 13 minutes.

Bencic will take on Rybakina from Kazakhstan after the 15th seed upset two-time Grand Slam winner Garbine Muguruza from Spain 7-5, 6-1.