‘To have the medal for me is the greatest thing,’ says Belinda Bencic after reaching Olympic singles final 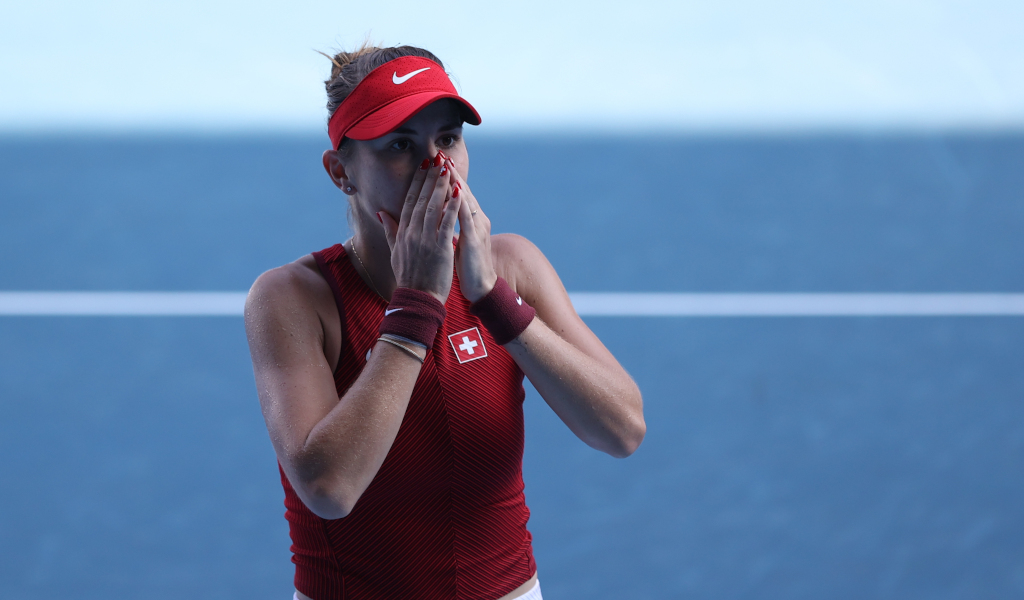 Belinda Bencic is one win away from winning gold at the Tokyo Olympics after overcoming Elena Rybankina in the semi-final, but the Swiss admits “it´s not over yet” as she is gunning for two medals.

The world No 12 held off Rybankina from Kazakhstan to reach her maiden Olympic final, winning 7-6 (7-2), 4-6, 6-3 in two hours and 44 minutes, which assures her of either a gold or silver medal.

She will be looking to win Switzerland’s first singles gold medal since Marc Rosset won at the 1992 Barcelona Games while she has now followed in the footsteps of compatriots Roger Federer, Stan Wawrinka, Martina Hingis and Timea Bacsinszky as they have all won medals at the Olympics.

🇨🇭 Switzerland is guaranteed a tennis medal of any colour for the FOURTH #Olympics in a row!

After winning a see-saw opening set via the tie-breaker, Bencic was broken twice in the second set as Rybankina took it to a decider.

And the Kazakhstan player kept the momentum as she broke in the opening game before the ninth seed drew level in game four. However, Rybankina again edged ahead with a break in the next game, but it was the last game she won as the Swiss reeled off four consecutive games to win the match.

Her job was not done for the day as she still had to partner Viktorija Golubic in the women’s doubles semi-final with Brazilian pair of Laura Pigossi and Luisa Stefani standing in their way of the final.

“To have the medal for me is the greatest thing,” Bencic said. “Now I go to the doubles and I hope to do it again so it´s not over yet, but I can really, really enjoy this moment.”

She added: “In the next match I can be more relaxed because I already have a medal.”