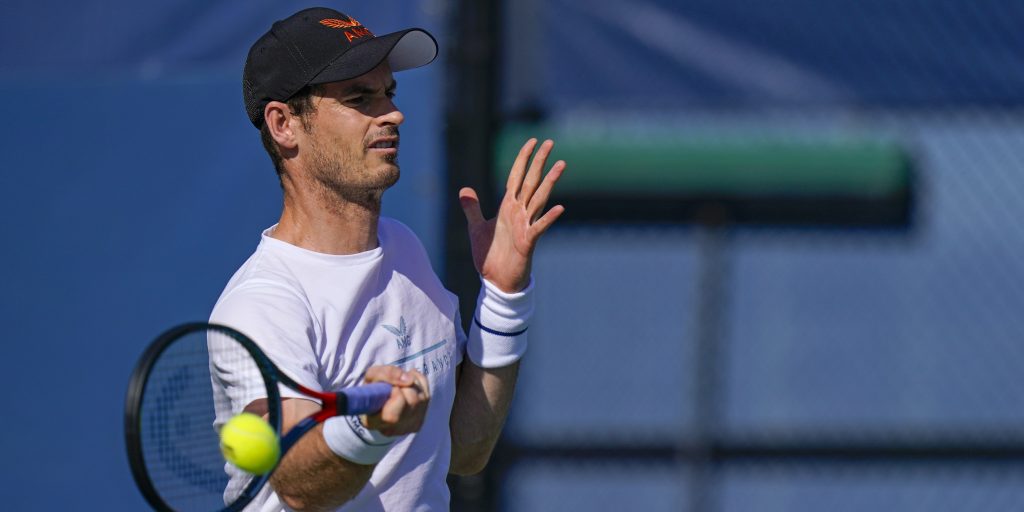 Andy Murray admits he is feeling “off the pace” for his return to the ATP Tour this weekend.

The two-time Wimbledon champion is in New York for the Western & Southern Open at Flushing Meadows – a prelude to the US Open at the same site.

Murray has not played an ATP Tour event since winning the European Open in Antwerp in November as he was battling an injury problem before the coronavirus pandemic shut down the sport.

He is now back to full fitness and played some exhibition events in the United Kingdom recently, but after practising with some top players in New York this week he admitted to some rustiness.

“I’m looking forward to it, like just to be back competing again,” said Murray, who is playing American wild card Frances Tiafoe in the opening round.

“I’ve really enjoyed the last few days just practising with top players, which I’ve kind of done a little bit back home but not that much.

“A bit of a different speed to what I’ve been used to. I felt a little bit off the pace at times. But I’m feeling quite good on the court physically in terms of my hip.

“When I spoke to my team a couple months ago, that was really all I wanted. I wanted to get hopefully to the US Open feeling pretty pain-free so that I could go out and play and enjoy playing in a grand slam again.

“The last few years obviously they’ve been tough. Again, I felt like I was doing really well at the end of last year. I was so excited for the beginning of this year.

“Obviously had the setback again in November, tough few months after that. Didn’t really know exactly what was going on with the hip.

“Now I’m in a position to compete again, hopefully play in a major. I’ll try my best to reduce the risk of having setbacks.

“I played a lot of tennis four weeks in a row before the Davis Cup when my hip started hurting. Obviously won’t make that mistake again.”

Murray travelled to New York 10 days ago and has entered the tournament’s bio-secure bubble, staying in a hotel on Long Island.

Tournament organisers are doing all they can to keep the players both safe and entertained, with travel to Manhattan banned.

The Scot, who has left his family at home, is content with the environment.

“I would say going into the hotel was a little bit of a concern. Then when you get in there and you see everything that they’re doing to make sure it’s as safe as it can be, then I felt quite relaxed,” he said.

“Since I got in, I’ve been tested twice. There’s security kind of making sure, not just at the hotel, but on the site, that everybody has their masks on. There’s hand sanitiser everywhere. From what I’ve seen so far, I mean, everyone seems to be doing the right things.

“It’s nice. They’ve done a really good job at the hotel. They’ve got games and arcades and things like that, which I enjoy. I’m still a bit of a child in that respect. They’ve got that.