T365 Recall: When Serena Williams cemented her greatness at the 2015 Miami Open 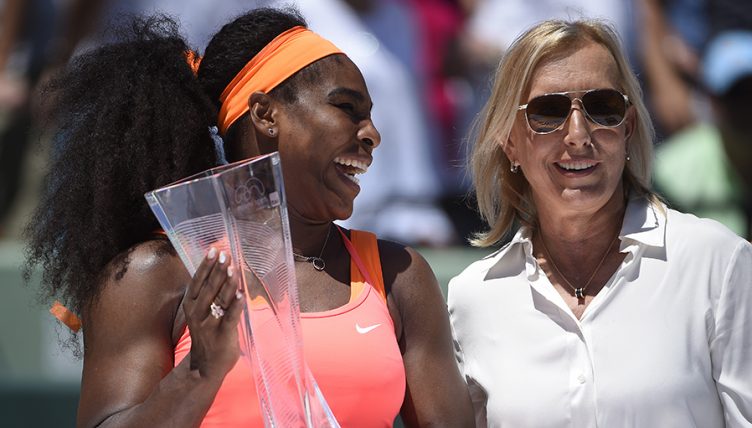 In 2015, Serena Williams cemented her greatness with an achievement only a handful of others have managed, and she needed just 55 minutes to do it.

The measure of greatness is not an easy one upon which to settle.

For tennis, the most common measure of a player’s greatness is their Grand Slam success, but it’s not the only one. Some cite the career Slam, and others back simply their own judgement on a player’s talent. Some demand all three and more.

However, by whichever way you want to measure it, the one thing with which everyone agrees is that Serena Williams is a true great.

And, in 2015, she reached another milestone that cemented it even further when she won the Miami Open, becoming just the fourth woman to win the same tournament eight times.

If you need any context for just how tough a task that is, then look further than the company Williams joined: Martina Navratilova (12 at Chicago, 11 at Eastbourne, nine at Dallas, Washington DC and Wimbledon, eight at Los Angeles, the WTA Finals and Orlando), Chris Evert (eight at Hilton Head), and Steffi Graf (nine at Berlin).

What was even more impressive was how she won it. Williams considers the Miami Open her ‘home’ tournament, and she certainly bossed it like she owned it.

In fact, she didn’t even need a full hour to banish a shell shocked Carla Suarez Navarro from court in the final, blasting her way to a 6-2, 6-0 win in just 55 minutes.

It was, and remains, an incredible display of sheer unadulterated authority.

“When I play with Serena, I know that she’s the best,” Suarez Navarro said. “She has the game to make me play bad.”

Williams won the final 10 games, including 25 of 30 points in the second set. That included winning 21 of 22 points on her first serve, and totaled 29 winners to three for Suarez Navarro.

That came after making a conscious decision to throttle back her serve too after struggling with it throughout the week.

“I improvised today,” Williams admitted. “I took some pace off to get my first serve in and it worked for me, because I haven’t been serving in this tournament the way I would like to.”

The result left Williams with an 18-0 record for the season and Suarez Navarro a top ten women’s player, the first with a one-handed backhand since Francesca Schiavone.

“I’d like to believe the older I get, the better I get,” Williams concluded. It’s always been tough to disagree.