T365 Recall: The day a belligerent Boris Becker served five aces to win game from 0-40 down 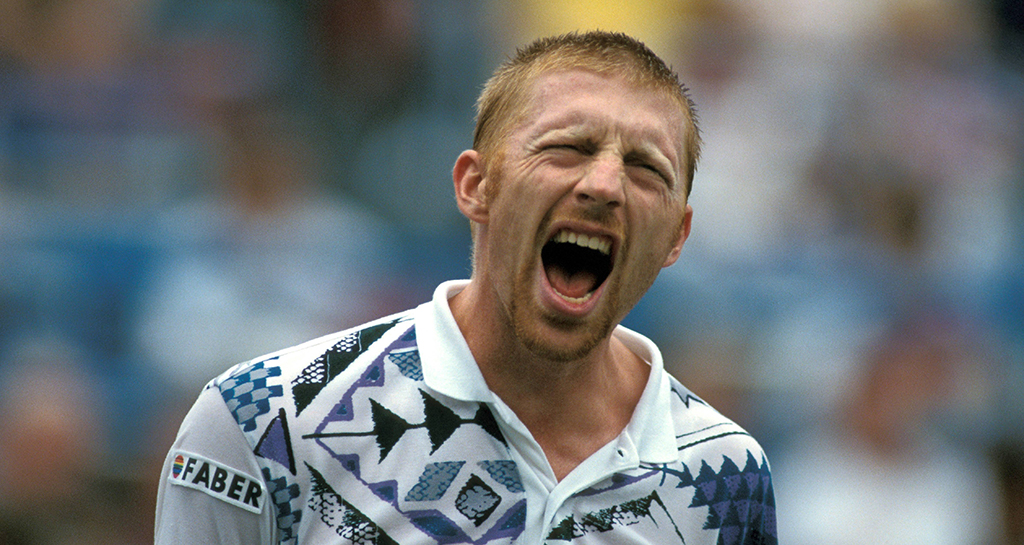 Today is the 25th anniversary of the day Boris Becker lost just eight points on serve as he beat Mark Woodforde at the Los Angeles Open at UCLA, so we mark the occasion by remembering a a remarkable single game when his serve was pretty much as good as it gets.

When you talk about tennis’ BIG servers, it’s very likely that Becker will not make the list. Indeed, at the time of writing, the German legend is 39th on the ATP Tour‘s all-time aces list with 4,362.

On the face of it, that’s not many, although it’s worth remembering that Becker played relatively few matches in his career.

For example, former world number one Carlos Moya has 50 or so more aces than Becker, but in twice the amount of matches.

Also, Juan Martin del Potro, who is certainly considered to be a big server, only has 50 or so more aces from nearly 200 more career matches.

Boris, then, whilst not a Pete Sampras, Goran Ivanisevic, Ivo Karlovic, or John Isner when it comes to players instantly associated with great serves, could more than hold his own.

And if you don’t believe us, just ask Andrei Medvedev.

Once, during a match in Perth, Medvedev had Becker seriously on the ropes at 0-40 down.

The rest, as they say, must be seen to be believed.