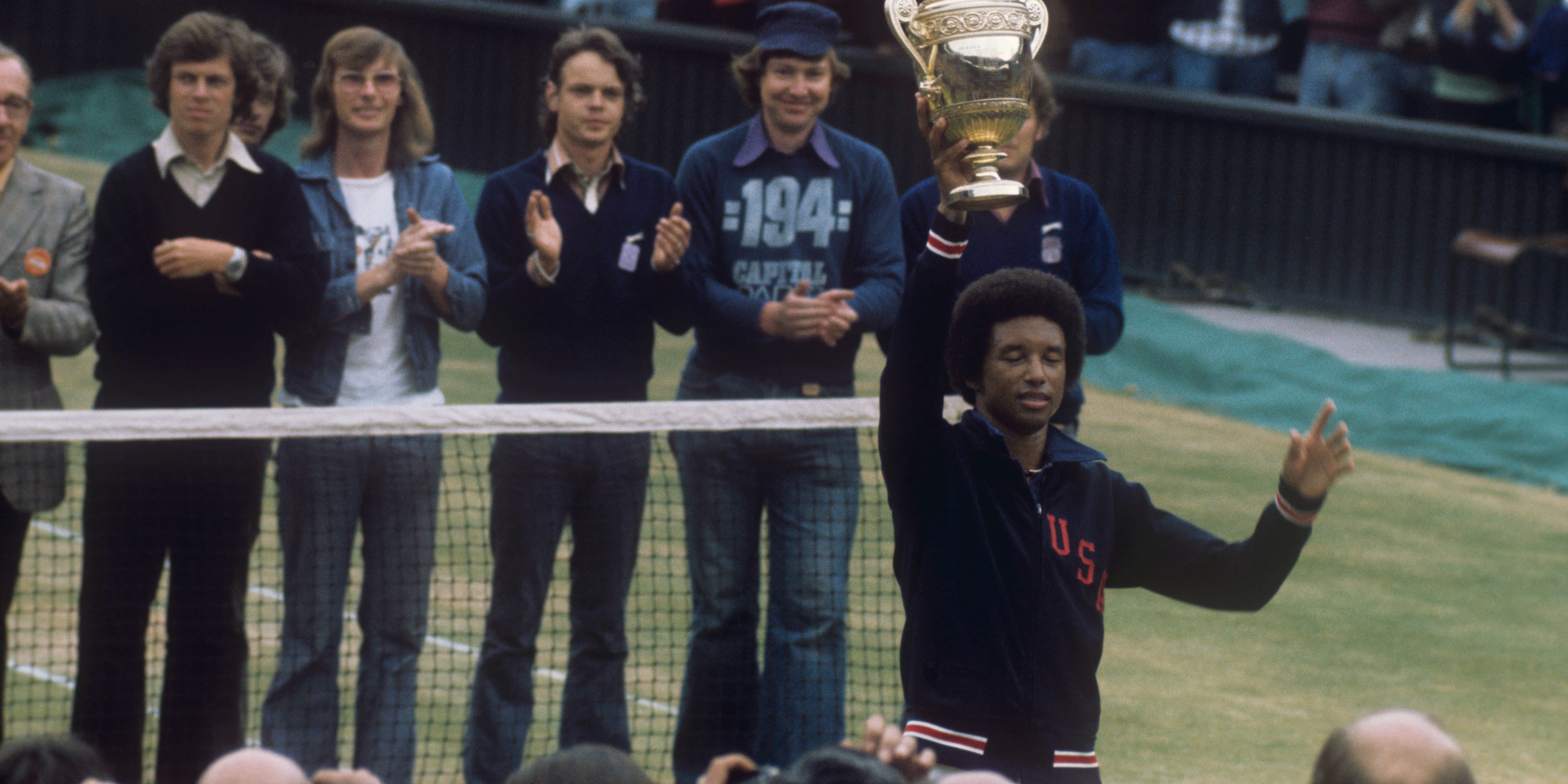 But even after his US Open and Australian Open titles it was his victory on the grass at SW19 which resonated the greatest.

Ashe, whose mother died when he was just six, had become accustomed to overcoming adversity as he grew up in an era when the colour of his skin meant he was refused entry to tennis clubs.

So when he came up against world No 1 Jimmy Connors, a 22-year-old nine years his junior who had lost just four of 103 matches on his way to winning three Grand Slams in 1974, it was just another hurdle to overcome.

Ashe found Connors brash, arrogant and annoying – “I swear, every time I passed Jimmy Connors in the locker room, it took all my willpower not to punch him in the mouth” – and labelled him unpatriotic after he refused to play for the Davis Cup team.

That actually formed part of the gameplan devised on the eve of the final by Ashe, his agent Donald Dell and friend Charlie Pasarell in Mayfair’s Playboy club.

It was decided Ashe would wear his USA-embossed Davis Cup tracksuit and red, white and blue sweatbands for the final – a decision Connors would later admit annoyed him.

Ashe also changed his style, combating his compatriot’s power game by taking the pace off the ball and playing to both wings of his opponent, and the ploy saw him race into a two-set lead.

Connors recovered to clinch the third and then went 3-0 up in the fourth only for Ashe to bounce back and win 6-4 to take the title.

There was no huge celebration from Ashe, who simply raised a clenched fist – a gesture towards his agent Dell rather than the Black Power salute.