T365 Recall: When Goran Ivanisevic lost his Head a year before biggest triumph 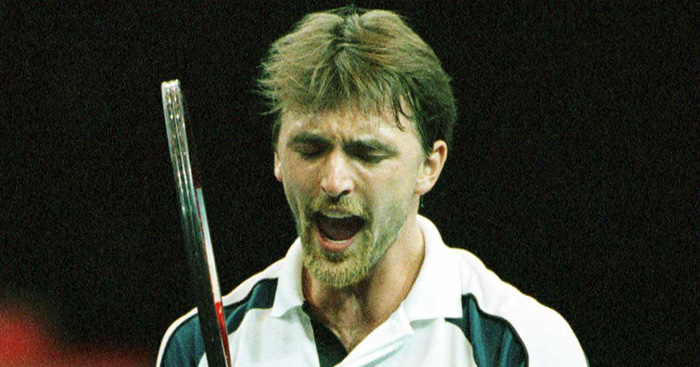 Goran Ivanisevic. Wimbledon. The two are almost inseparable. You simply cannot help but disassociate the two, no matter how hard you try.

The Croatian captured the hearts of the Wimbledon crowd and looked destined to never win it. He looked like forever being the nearly-man, the runner up. His peak came and went without a title, without any Grand Slam title.

In 2000, just a year before it, he showed just how much he was struggling with his decline. Persistent shoulder problems, the career death-knell of the big-server, plagued him and his world ranking was sliding. By November 2000, he was ranked 134 in the world,and that’s when the strain showed.

He was offered the chance to play in the Samsung Open in Brighton. Generally, it was a tournament beneath players of Ivanisevic’s prestige, but a weak field gave him a great chance to gather much-needed momentum. 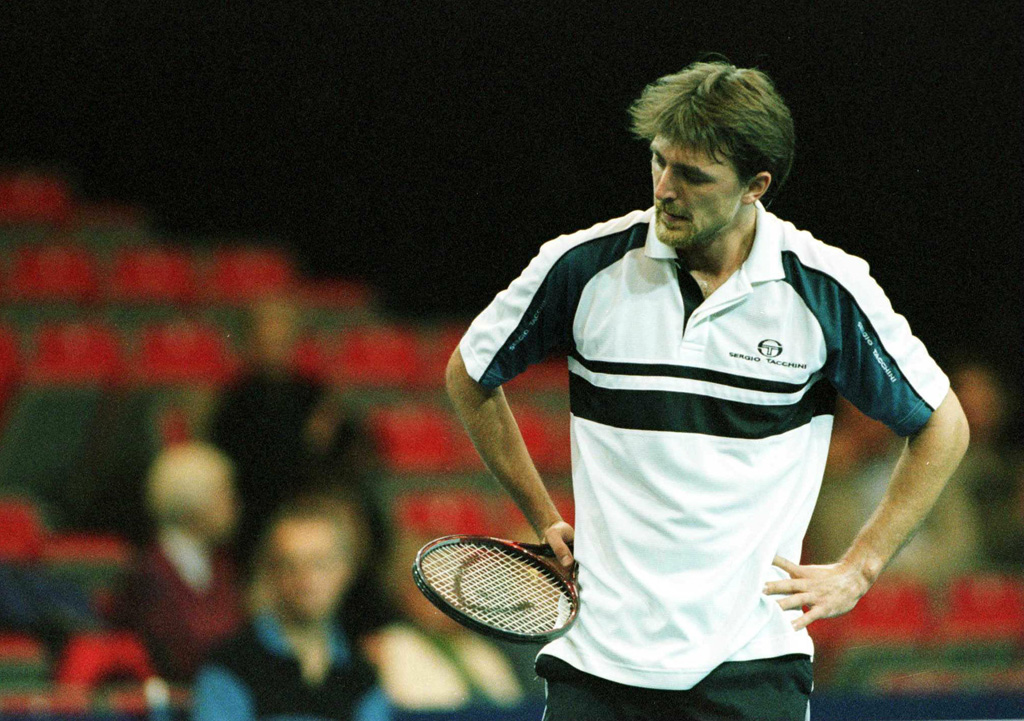 The signs that all was not right, though, should have been there in the first round.

During his first round match against Gianluca Pozzi, he harangued a lineswoman who reported him to the umpire for swearing.

When he was given a code violation for verbal abuse after he shouted at the lineswoman: “What is your problem? Is it all the weight, eh?”

If that wasn’t bad enough, the lack of remorse certainly was. Afterwards, he explained: “When I was young at school I hated the spies who would go to the teacher and tell them about something I had done. It was like that with this woman.”

However, despite his obvious frustration, he came through the match, setting up a second-round clash with the world number 99 Hyung-Taik Lee,who shouldn’t really have posed any problems for him.

Then in the first set, when he dropped his serve to go 6-5 down, he promptly smashed his racket. He recovered his composure to take the second set 7-6 after a tie-break but in the third set racket number two cracked.

Ivanisevic persevered with it until the next changeover before dumping that one too in the bin. Four points later a double fault presented Lee with two break points, Ivanisevic then smashed a third racket on the floor before approaching ATP Tour supervisor Gerry Armstrong.

“Gerry, I have no more rackets left,” he told him.

Armstrong, thought he’d seen it all before. He hadn’t. “I asked him if there was any chance of finding another one in the time available, which would have been three or four minutes,” he explained.

Solutions were offered, alternative equipment was sought, but Ivanisevic insisted that only his Head rackets would do. 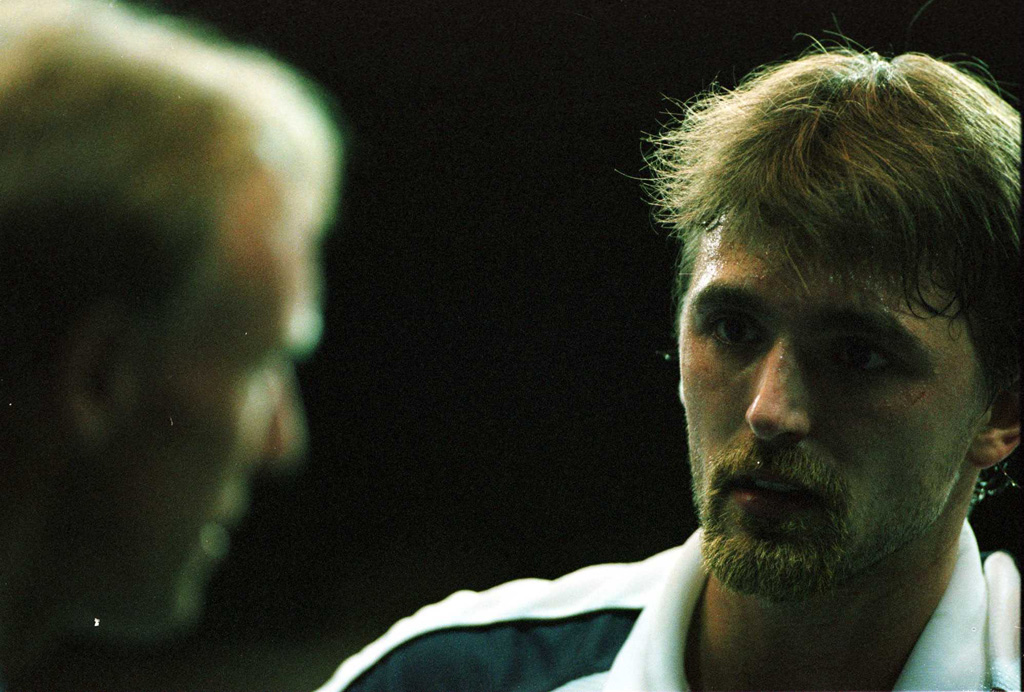 “I wondered if his doubles partner Ivan Ljubicic had one he could use in his locker. He said that Ljubicic used Slazenger and they were no good to him.

“I announced to the spectators that he could not carry on because of lack of appropriate equipment. That was something that came to my mind on the spur of the moment.”

”Most of the guys usually bring between six and 10 rackets with them. I don’t know why Goran didn’t.” 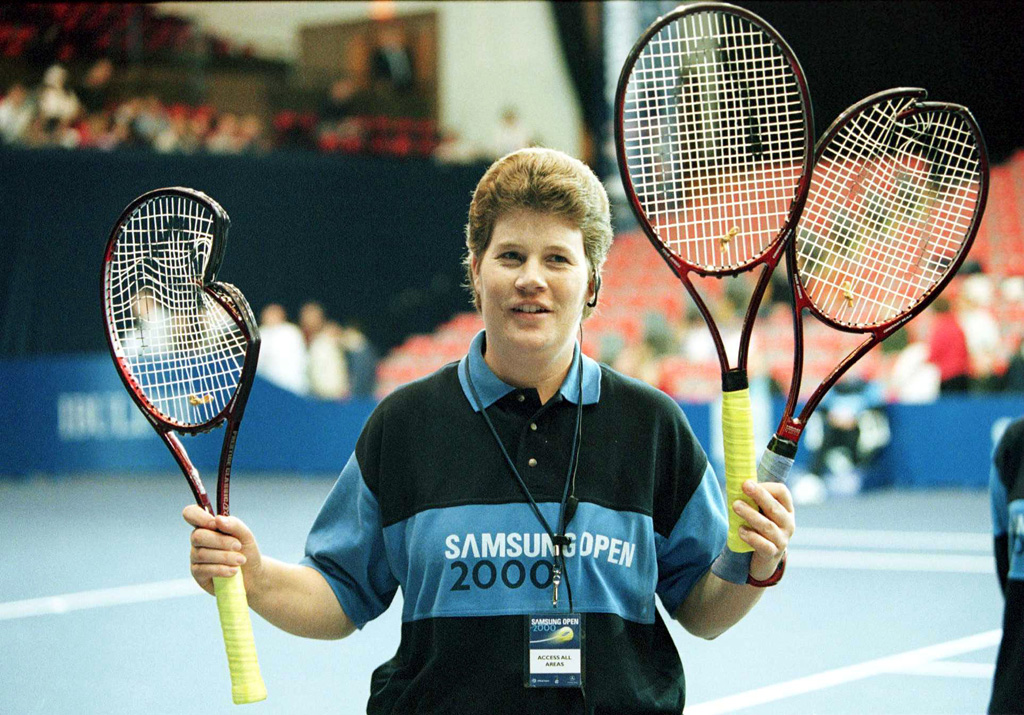 Ivanisevic himself was back on court later with some new rackets, this time with Ljubicic in the doubles, but he lost that one too.

Later, though, a more reflective Ivanisevic did explain, and career frustrations simply seemed to have got the better of him.

“I was angry,” he said. “First of all, I didn’t want to come here. In Paris I freaked out and said maybe this is it, this is a bad year.

“But they offered me a wild card and I said O.K. It was a bad decision. I knew something was going to happen.”

Most tellingly, though, he offered, probably unintentionally, an insight into just how much his Wimbledon failures were plaguing his mind.

“At least when I’ve finished playing tennis, they’ll remember me for something,” Ivanisevic said. “They’ll say, ‘There’s that guy who never won Wimbledon, but he smashed all his rackets.”

Little did he know…