We remember the man who fell in love with the French Open like no one else.

Gustavo Kuerten is a man of many nicknames. Most commonly he is known As Guga. At home, on the Brazilian island of Florianópolis, he is known as Cachorro Grande (Big Dog). However, he has another nickname too, one he has all but given himself with tremendous pride: The King of Hearts.

It’s 17 years since Kuerten earned it by carving a heart into the Roland Garros clay to openly declare his love for the French Open.

At the time, Kuerten was the two-time defending champion. He’d never been past the quarter final in any other Grand Slam tournament he’d ever played.

He probably never should have played in a Grand Slam final again. Despite his top seed ranking, Kuerten was a match point from elimination in the third set of his fourth round match against American qualifier Michael Russell. That match point lasted 25 strokes before Kuerten won it with a stinging forehand before he fought to a 3-6, 4-6, 7-6, 6-3, 6-1 win.

He carved a heart into the clay, knelt inside it, and blew kisses to the fans before explaining: “I’m very emotional and everything I got in my life, nothing was for free.

“I had to fight a lot for everything I got so far, so I like this. I like the battles. I like these challenges that I always get put in front of me.

“Today was special. Maybe one of the greatest feelings in all my life was today.”

But it was actually Kuerten that was really special and, like all true love affairs, nothing brought the best out of him like the French Open.

“He had special charisma,” said Pam Shriver. “He had a style and substance about him that was natural. You wanted to embrace it immediately. He just had a lot of magical moments at the French Open.”

“It reminds you of the Brazilian soccer players,” added Patrick McEnroe. “They take so much joy, and not just in the winning part of it, but the way it’s done: the flair, passion and creativity.”

He first won the French Open as a gangly 20-year old in 1997, beating former two-time champion Sergi Bruguera in the final in straight sets.

Ranked just 66 in the world, he had to beat Yuvgeny Kafelnikov, Thomas Muster, and future finalist Andrij Medvedev en-route to that final. He still considers it a miracle. 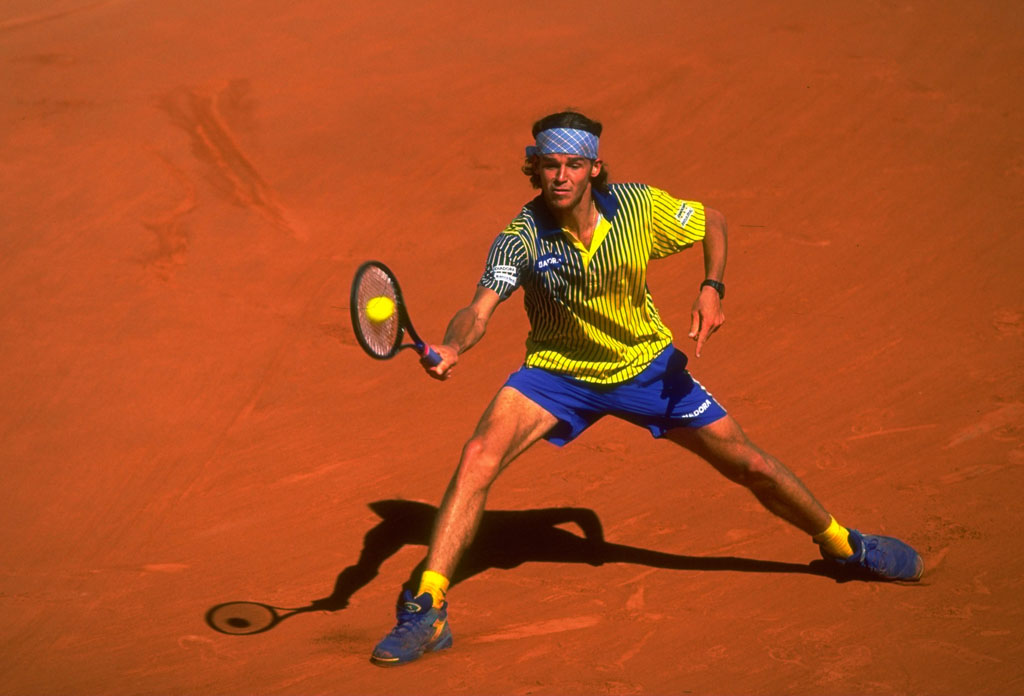 “Of all the magic moments that I have experienced at Roland-Garros, taking the title in 1997 was the most amazing,” he later said.

“Now I feel that if I played it all again a million times, I’d never once manage to win that crazy tournament again.”

He repeated the trick in 2000, then ranked number five in the world although, with the Brazilian’s usual refusal to do anything the easy way, there were an astonishing 45 minutes between his first match point of the final and the last (the eleventh) that finally finished off Magnus Norman.

Again, though, Kuerten tapped into the love of the Parisian crowd to pull him through.

“In the fourth set of our final, I started to think that I was going to win,” recalled Norman.

“Even today, I still have flashbacks of the end of that fourth set. And I think to myself, damn, I wish I could have replayed those games, done things differently.

“He had that connection with the French crowd. He was flamboyant – a huge personality. People loved him and he adored it. That’s what made the difference in the end.”

And so to 2001 and the moment he himself calls ‘the declaration’ following that Michael Russell win. 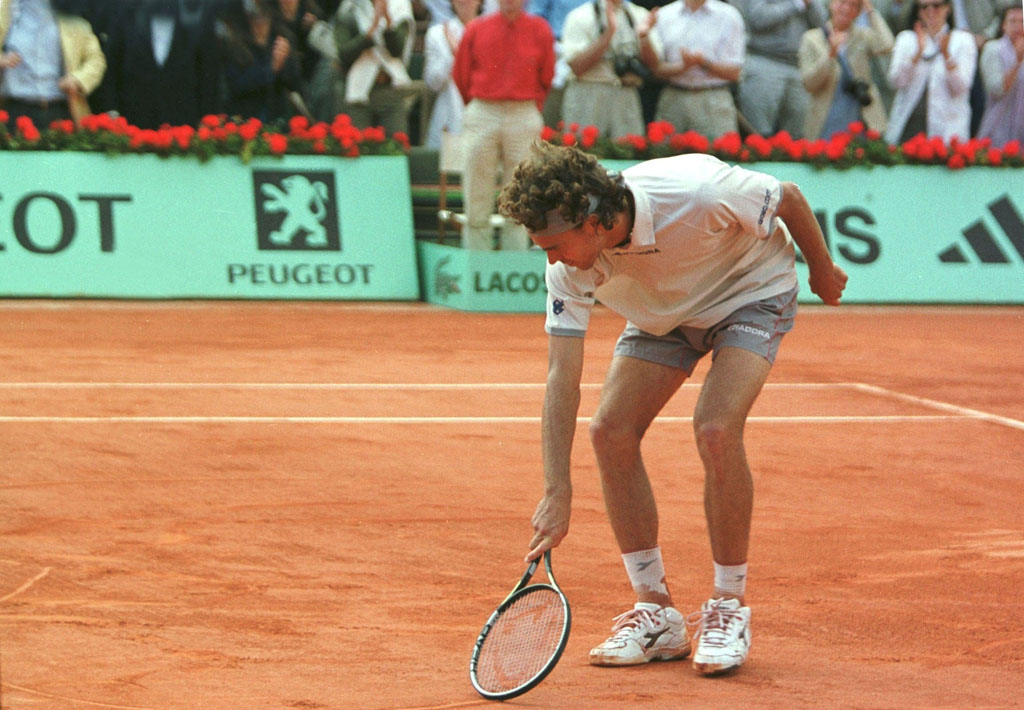 “In terms of emotions, it’s the finest moment of my career,” said Kuerten.

“Nothing compares to that moment. It’s the match – the one that I would take with me if I could choose only one. My connection with the fans was so strong.

“This heart was my way of thanking them for their support and for the emotions that we were going through together at that moment.

“If I could have hugged each and every one of them, I would have. By rights, should have lost that match. But nothing much ever went to plan at Roland-Garros.”

Only once more was a heart drawn in the Roland Garros clay – by Kuerten again after defeating Alex Corretja in the final seven days later.