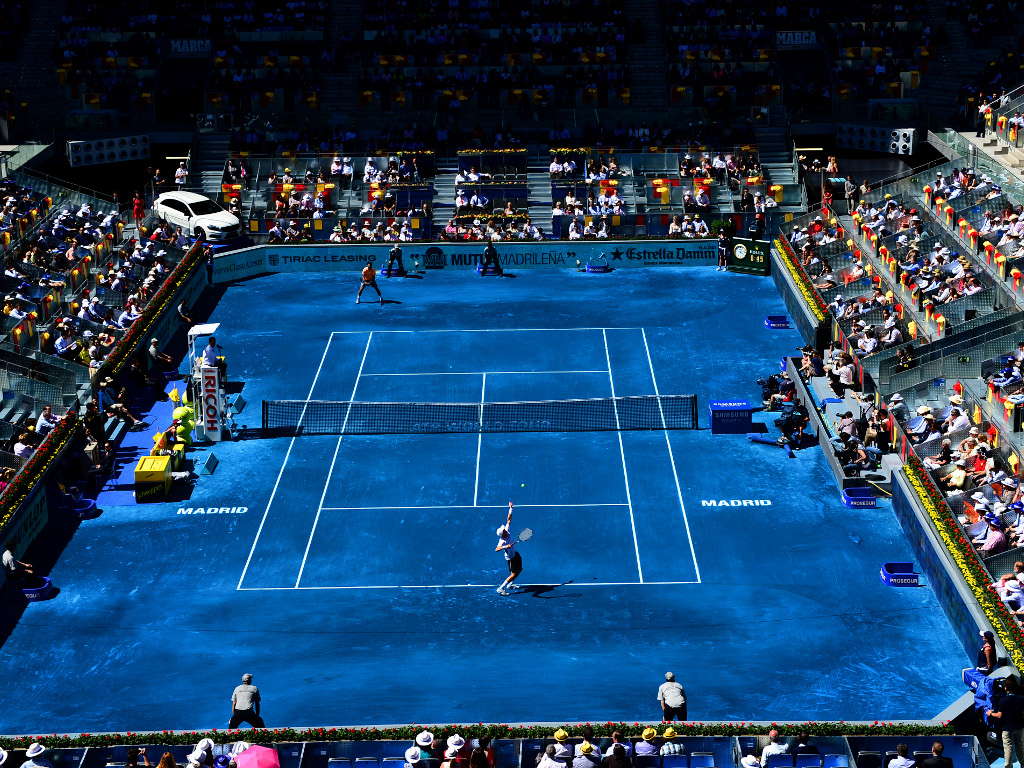 Madrid Open owner Ion Tiriac is a man who is not afraid to push the boundaries when it comes to tennis traditions. He is, after all, a businessman.

Under his leadership in 2004, the tournament replaced traditional ball boys and ball girls with fashion models. Naturally, it ruffled some feathers and they made changes, but the models are still present these days, they – and their cleavages – are just not as visible as they were during the first few years.

Clearly not put off by the disapproval the models received, Tiriac and the Madrid Open organisers again came up with a bizarre proposal in 2012: blue clay courts. 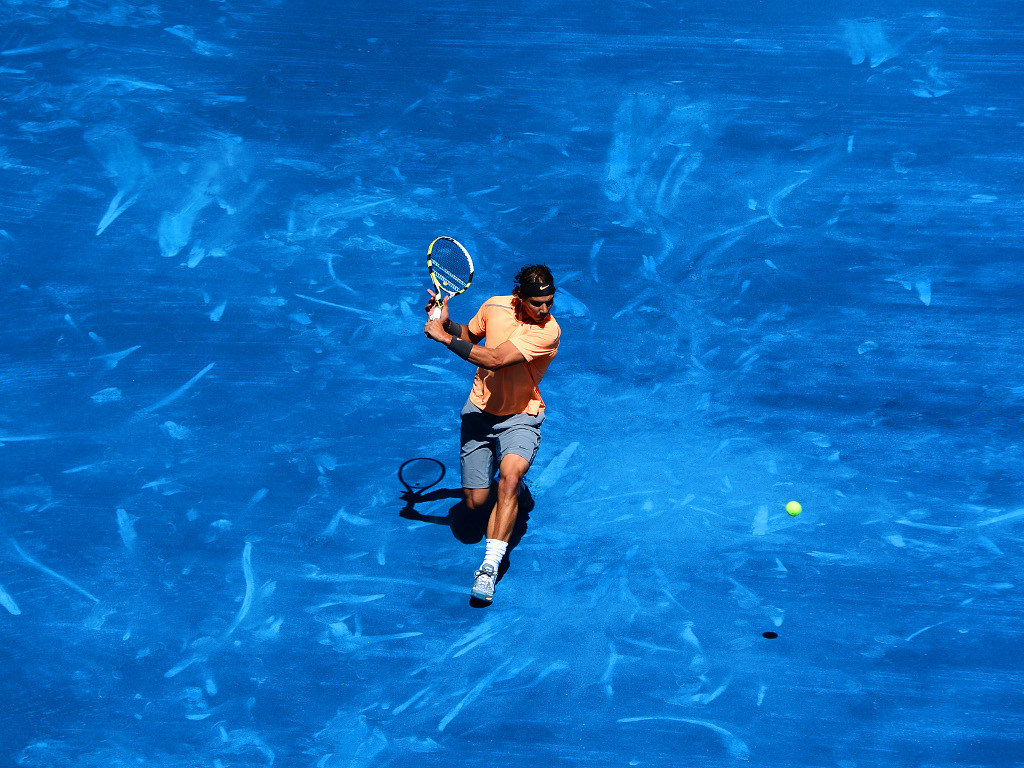 The tournament had been played on outdoor red clay since 2009, but Tiriac decided it was time for a change.

Again it was a decision that did not go down well with the players with local hero Rafael Nadal tweeting: “It’s a lack of respect for tradition and the history of this area, I hope one day not having to play on blue grass.”

The criticism didn’t die down when the tournament got underway as many players felt it was too slippery and they didn’t enjoy playing on the surface.

Here’s what some of the players said or tweeted.

“I haven’t heard a single player, not man or woman, saying they like blue clay.” – Novak Djokovic 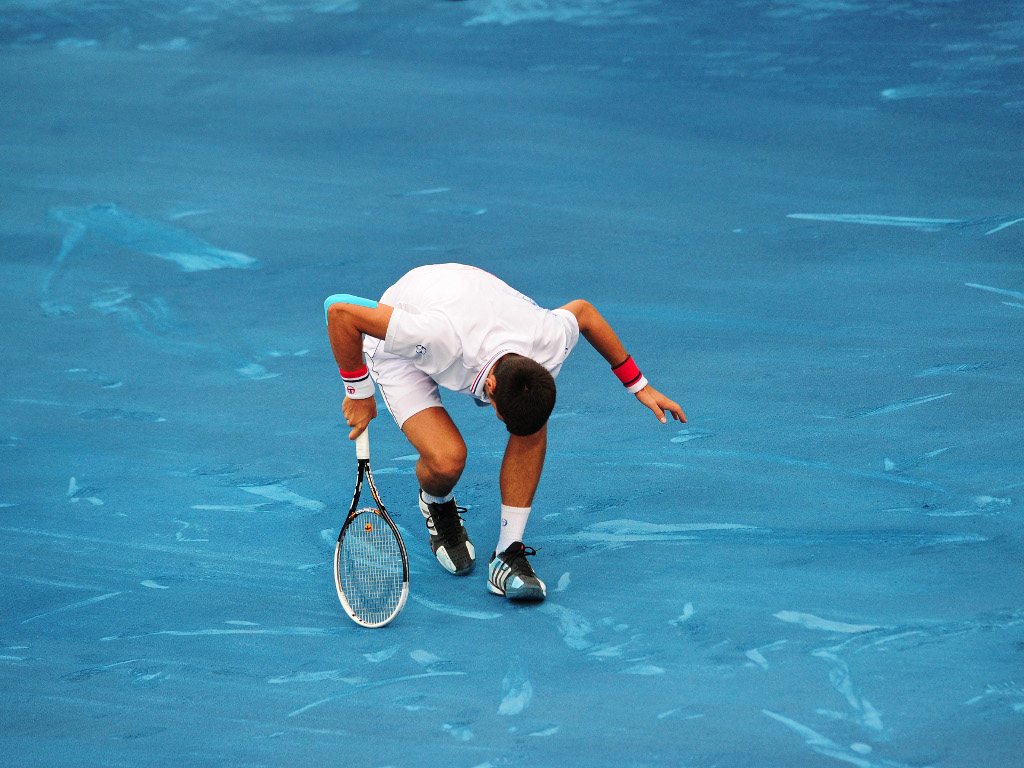 “After playing a match on blue clay court 6 I can say with full responsibility on my shoulders that it is the worst court of @ATPWorldTour.” – Ukrainian player Sergiy Stakhovsky

“Ha! Blue clay… It looks like something Smurfs would play on.” – Croatian player Ivo Karlovic

“It’s not so much about the colour, it does look good on television. But it plays a bit different, it’s about the amount of clay on the court and the way it bounces. It’s just a matter of adjusting. It’s also the same for everyone.” – Maria Sharapova

“Hitting on the Smurf clay, the bounce is lower and the two courts I practiced on were a bit more slippery than usual.” – Milos Raonic

“I haven’t noticed a difference between the blue and the red clay. I think it’s the same. It’s just you don’t get as dirty.” – Serena Williams 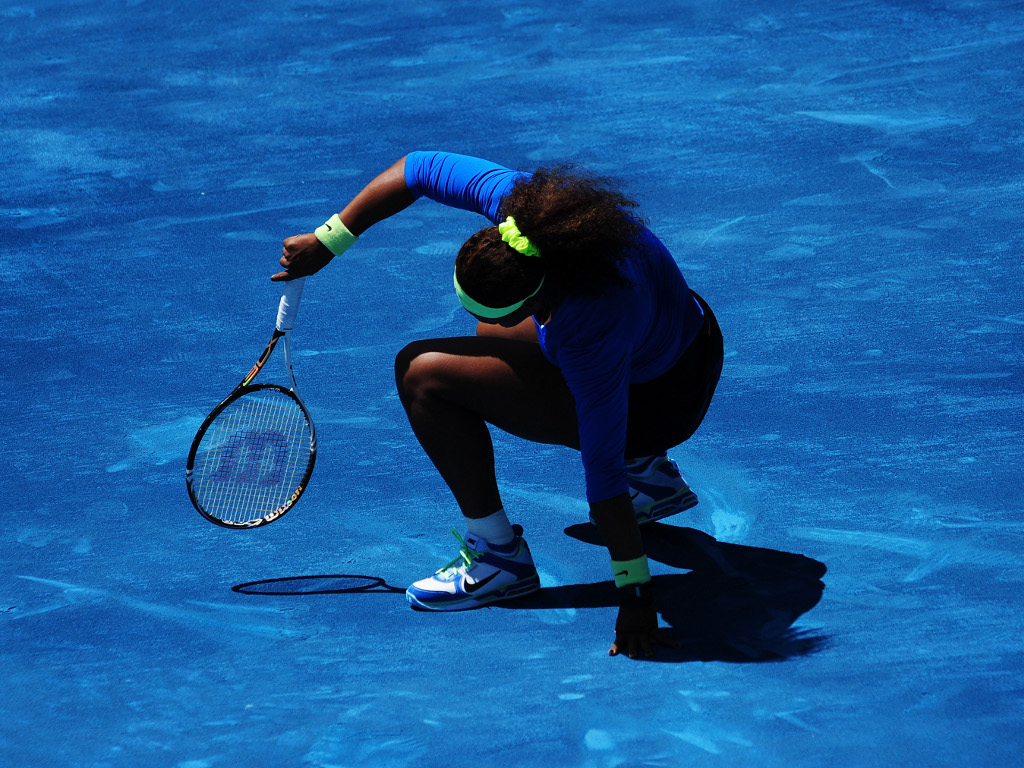 “Next time I have to bring skates instead of shoes, it was sooo slippery,” Djokovic said after his first-round match, but he was a little more outspoken after he lost in the second round as he threatened to boycott the event if they didn’t switch back to red clay.

“It took me at least a week to try to get used to this surface and somehow find a way to win matches and play a decent level of tennis. There is no discussion in my eyes, it’s very simple. No blue clay for me,” the Serb said.

Nadal was another early casualty and he also warned that he would not return if they stuck with the blue clay.

“I tried my best to prepare but I wasn’t good enough to adapt my game to this court,” the Spaniard said. “The only thing that I know is that if things continue like this I am very sad but next year will be one less tournament in my calendar.”

With his two main rivals exiting early, Roger Federer went on to win the title as he beat Tomas Berdych in three sets to win the tournament for a third time.

Thankfully the organisers came to their senses and switched back to the traditional red clay in 2013. Well, they were forced as the ATP outlawed blue clay courts.

“After careful consideration, I have decided that blue clay courts will not be allowed next year. I very much believe in innovation and exploring ways to enhance our sport. While the blue clay may have offered better visibility on television, there were clearly issues with the quality of the courts in Madrid this year …” Executive Chairman and President Brad Drewett said in a statement.

“Regardless of color, we must first ensure that courts are safe and fair for players,” he added.

Tiriac, though, hasn’t given up on the idea as in 2016 he made it clear that “we hope to have blue clay again”.

“You could see ball much better, the only problem was that players were sliding much, but they never complained about the colour,” the Romanian said. “TVs and players agreed with the fact that you could see the ball better. We hope to have blue clay again, everyone wants it.”