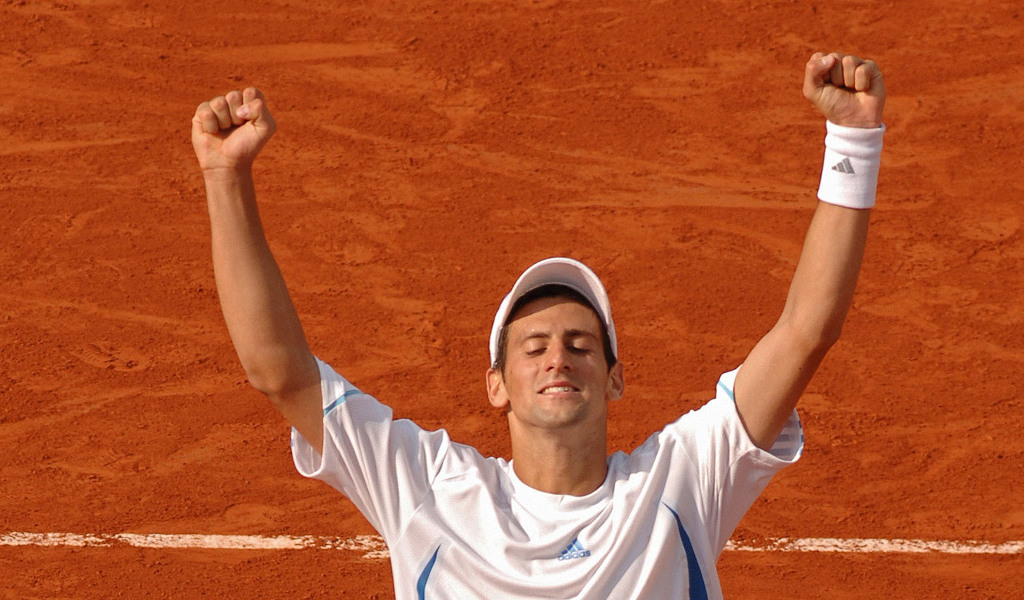 He arrived in Amersfoort without an ATP Tour title to his name, but when Novak Djokovic left The Netherlands in July 2006 he had some extra silverware, albeit of a different kind, in his luggage.

Djokovic turned professional in 2003, but he only made his official ATP Tour debut in 2004, playing five games while the following year he played 22 matches, winning 11 and losing 11 with a round of 16 appearance at the Paris Masters his best display.

He showed plenty of promise during the early half of 2006 as she reached the semi-finals in Zagreb and the quarter-finals at the French Open, retiring hurt in his clash against Rafael Nadal at Roland Garros.

The 19-year-old arrived in The Netherlands as the world No 36 and was seeded third for the Dutch Open on outdoor clay courts.

He faced fellow Serb Boris Pasanski in the first round, but bagelled his compatriot in the opening set and wrapped up the match with a 6-0, 6-3 win.

Top seed and 2004 Roland Garros runner-up Guillermo Coria stood between Djokovic and a maiden ATP Tour final and the 19-year-old advanced as the Argentine retired while 6-0, 1-0 behind.

The teenager faced Nicolas Massu from Chile in the showpiece match and for the first time in the tournament he was really made to work for his win.

“It’s been an amazing week for me… I will always remember this tournament in Amersfoort,” Djokovic said after his win in two hours and 41 minutes.

The win saw him rise to a career-high of No 28 in the ATP Rankings while he received a bunch of flowers and a silver-plated iPod for his efforts.

And some things don’t change as Marian Vajda, his current coach, and then girlfriend Jelena, whom he married in 2014, were there to witness his historic win.

Massu was certainly impressed by the youngster.

“He faced me as an equal. We had already trained beforehand, but in the match his spectacular potential was noticeable,” the Chilean told ATP Tour in 2016 on the 10th anniversary of their meeting.

“I thought he’ll surely be in the Top 5 [in the Emirates ATP Rankings] in the future. He had it all: the game and a winning mentality. During many critical moments he kept focused and he didn’t let me win.”