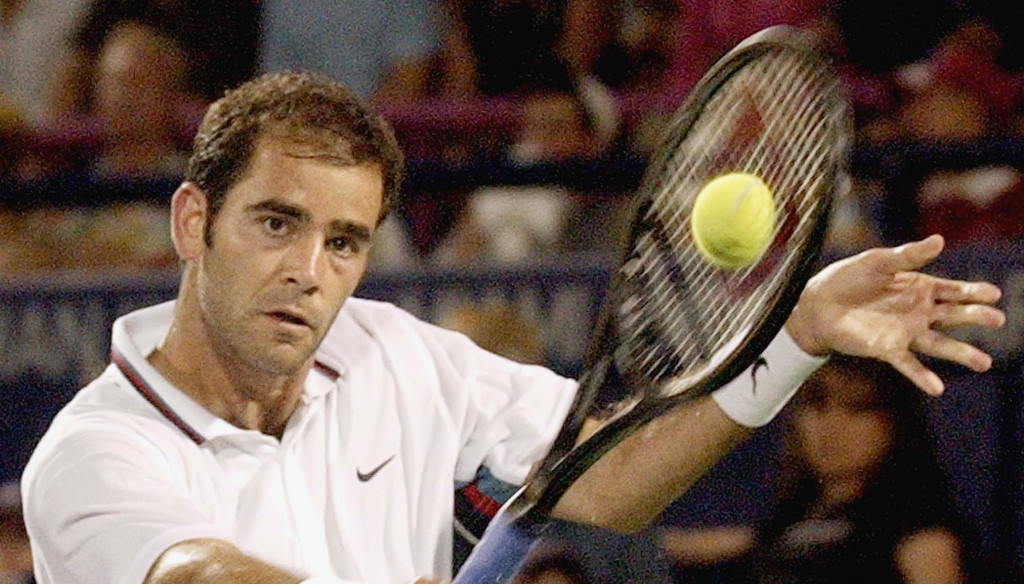 Some called it the NetJets Showdown, others referred to it as the BNP Paribas Showdown, but for most people it was the Roger Federer against Pete Sampras Showdown.

The battle between young and old, the past and the present, or the king and the heir with Madison Square Garden in New York hosting the exhibition match on March 10, 2008.

Former world No 1 Sampras, 36 at the time, had already been retired for five years, but he was still the Grand Slam record holder with 14 majors to his name.

On the other side of the net was 12-time Grand Slam winner and reigning world No 1 Federer, who some people had already written off as he was going through a bit of slump following a semi-final exit from the Australian Open at the start of 2008.

“In Switzerland there is a little too much speculation my career is over,” the 26-year-old said after media in his home country reported that he was in decline.

Of course both players were very complimentary of each other ahead of the match.

“I have always wanted to play a match in Madison Square Garden,” Federer said. “To have a chance to take on Pete once again at the NetJets Showdown is very exciting.”

Sampras in turn commented: “I am extremely excited to compete against Roger in the United States. And to have it take place in New York at The Garden will make it an extra special night.”

A sold-out crowd of 19,690 packed the arena as a men’s tennis match was held at Madison Square Garden for the first time since 1996, among them golfing icon Tiger Woods and Vogue editor-in-chief Anna Wintour.

Here are the highlights, enjoy!

After the match Federer admitted: “It was like a dream come true for me. Playing my childhood hero here at the Garden. I had never played here. It was great. We had lots of fun.”

Some had suggested that Sampras would make a comeback to the ATP Tour, but the tennis great played down those claims afterwards.

“That’s not for me anymore,” the American said. “I have no intention of coming back, not today, tomorrow, or ever.”