It looks like the last in it’s current format, so you’d might as well make some money out of it. Derek Bilton is here to help you out.

This year’s 106th Davis Cup final (23-25 November) between Croatia and France looks like being the last of its kind with tennis now seemingly fighting for its very soul.

Last week we learned that a merger of the Davis Cup and the new ATP Cup is being mooted to resolve the inevitable issue of a crowded tennis calendar going forward. The ATP Cup – a new team competition to kick-start the men’s season from 2020 – will feature 24 nations (six groups of four) facing off in three Australian cities.

Traditionalists are up in arms about proposed changes to the Davis Cup but it seems most of the top players are in favour of reform and a move away from the protracted year-long Davis Cup draw in which ties are played home and away.

So there is added significance as France host Croatia at the Stade Pierre Mauroy in Lille. The French are bidding to win back-to-back titles for the first time since the 1930s and are an interesting back with the Betfair promo code, but their preparations have suffered a series of body blows.

Lucas Pouille will lead the charge for the French along with Jeremy Chardy. Neither player has a current ranking inside the world’s top 30 and they are joined by Jo-Wilfried Tsonga, whose season has been ravaged by injury to the extent he won his first ATP singles match since February only last month indoors in Antwerp. 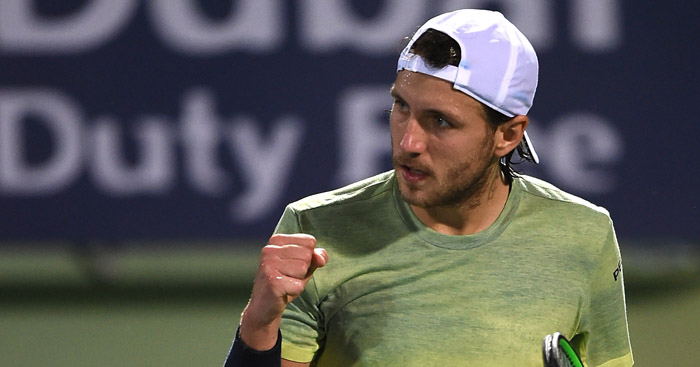 Tsonga was an absolute brute on the court in his pomp, but at 33 will realise this might be one of the last opportunities he gets to be involved in a showpiece final.

A doubles pairing of Pierre-Hugues Herbert and Nicolas Mahut make up the French team, and they will be hoping a choice of red clay indoors as a surface proves inspired for them this week.

Croatia were 2016 runners-up and are pretty warm favourites with the bookmakers to get it done. However so much rests on the shoulders of Marin Cilic, who faces a pretty quick readjustment to clay after his exploits in London at the World Tour Finals.

He will be assisted in singles action by rising star Borna Coric, who rescued his team in the deciding rubber against USA in the semi-finals.

In that tie Cilic lost to Sam Querrey though so the World No 7 is by no means a certainty to win both his matches, especially given his his season has meandered towards a fairly ignominious conclusion in recent weeks (he’s won just five of his last 12 matches).

The French showed their worth in beating Spain in the semis, and backed by a loud and vociferous home crowd look a bet at 6/4 to make a bit of history this week.