Our tennis betting expert Derek Bilton is putting his money on “the biggest drama queen ever” Bianca Andreescu at the Miami Open.

It’s all been happening in Miami with a deluge of shocks in the first few days of both the men’s and women’s event.

In the women’s event Serena Williams withdrew from her second consecutive WTA Tour event after a knee problem forced her out in Miami. New world No 1 Naomi Osaka was also a shock loser as she was dumped out – despite being up a set and a break – against Su-Wei Hsieh. The highly touted Aryna Sabalenka is also toast, while Britain’s Jo Konta was beaten after losing 10 straight games in a 6-4, 6-0 defeat to Wang Qiang.

It has thrown the draw wide open, with Bianca Andreescu now second favourite with most firms behind Simona Halep. The Canadian 18-year-old is enjoying a fabulous year and is on a 10-match winning streak after claiming a huge win at Indian Wells last week. 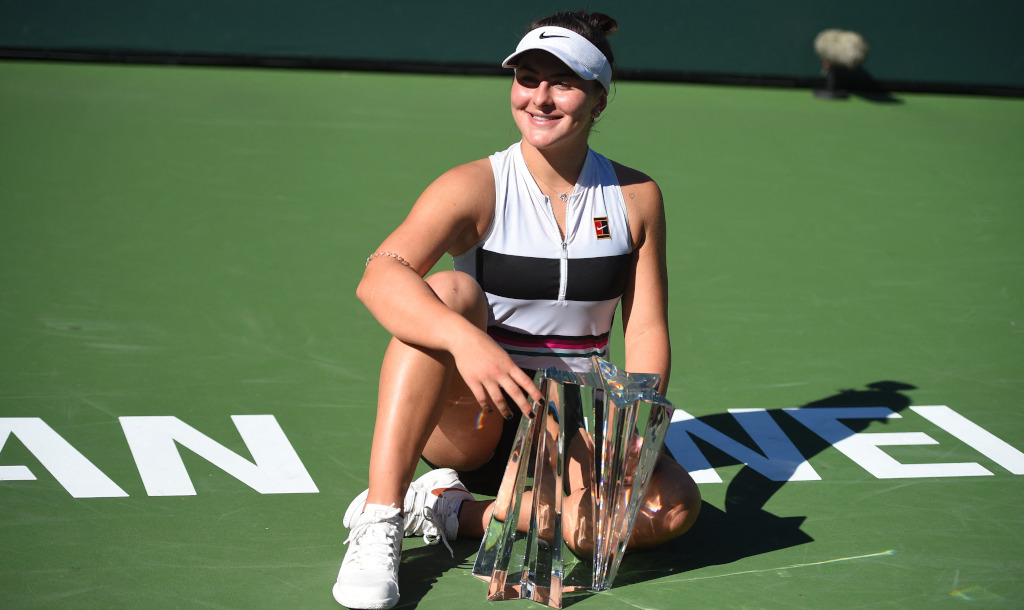 However, it seems Andreescu is not appreciated by everyone on the Tour, with Angelique Kerber dubbing her “the biggest drama queen ever” after losing to her in three sets over the weekend.

Andreescu has all the shots and seems to have the mental toughness to go with it. Trailing 6-4, 4-1 in her first round match to Irina-Camelia Begu she again confided in her coach Sylvian Bruneau, who served up another powerful pep talk to help her turn the match around.

Watching her in 2019 has been astonishing. She is 31-3 this year and this looks the most complete WTA Tour arrival for many a year. With this in mind she looks a lock at 6/4 with bet365 to win her quarter in Miami.

It has been interesting to watch Andreescu mix up the pace and the way she slices that forehand suggests she will be mightily effective on clay too but for the moment she is looking impossible to subdue on hard courts and it’s going to take a massive performance to shift her this week.

In the men’s event both our headline selections are out with Alexander Zverev and Dominic Thiem losing in major shocks to David Ferrer and Hubert Hurkacz respectively.

On Federer’s side of the draw Stefanos Tsitsipas earned his first win as a top 10 player as he eased past Mackenzie McDonald. He looks far more at ease on the slower courts of the Hard Rock Stadium than he did at Indian Wells, commenting after the McDonald win that “the ball is jumping higher”.

Tsitsipas likes to take the ball early, has a fine single-handed backhand and his serve seems to be in good working order in Miami.

With question marks surrounding Federer and a few others in his half, he really could be worth a small each-way punt at 18/1 as things stand.