Tennis betting special: Is 2019 set to be Aryna Sabalenka’s time to shine? 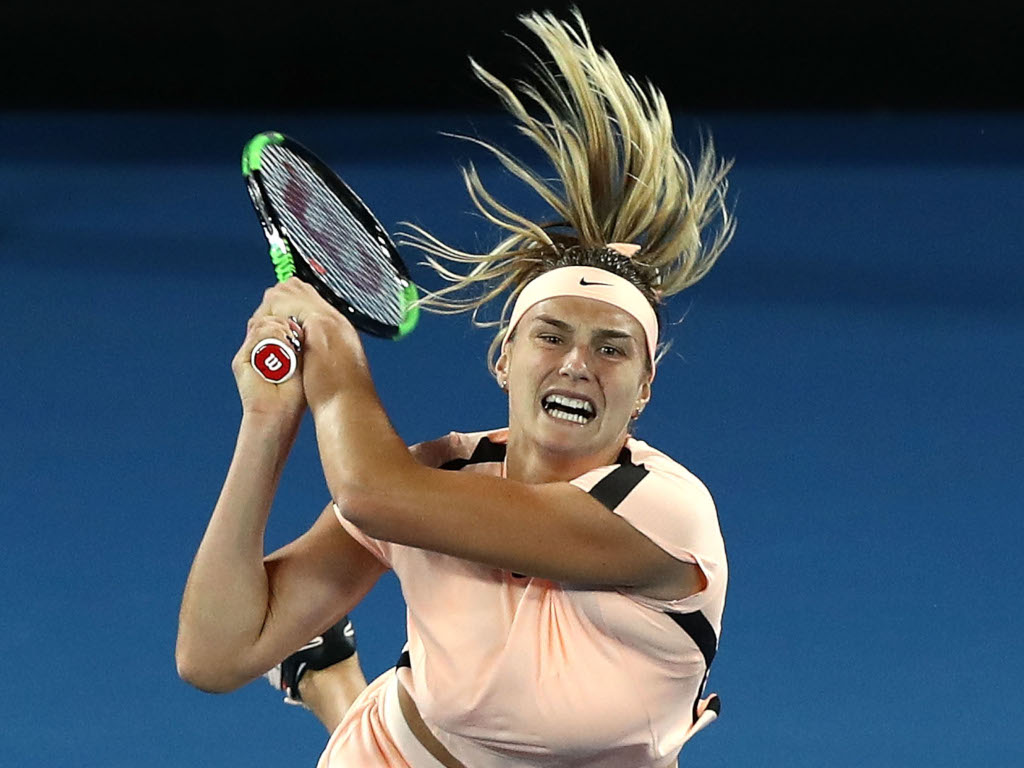 The season may be over, but that’s no reason to stop enjoying the tennis betting markets. Our man Deggsy Bilton is here to help you out.

2018 was another memorable year in tennis with a whole host of highlights. Who could forget Novak Djokovic going where no other player had gone before by landing a career ‘Golden Masters’ by winning in Cincinnati?

Or Serena Williams’ shocking meltdown during the most controversial US Open final ever staged? Or right at the death Alexander Zverev blasting past all-comers to land the ATP Tour Finals title against the odds?

Yet while the game’s elite now enjoy some well deserved rest and relaxation bookmakers Betfair have produced a series of ‘specials’ for 2019.

One that immediately catches the eye is the 6/1 on offer about Aryna Sabalenka winning a Grand Slam in 2019.

The brilliant Belarusian, who was recently named WTA Newcomer of the Year, has enjoyed a meteoric rise up the rankings over the past 18 months and looks primed to crack the top five next year.

She is hands down the most explosive of all the rising WTA talents and is fancied by some observers to rule the women’s game for the next 10 years.

Sabalenka brings sheer physicality and controlled power to her matches and it looks a case of ‘when’ and not ‘if’ she takes down a major.

Her movement has improved under the guidance of Dmitry Tursunov and she hits with consistent precision with those flat groundstrokes off both wings. In short, if she stays healthy, Sabalenka looks a shoe-in to claim some major silverware next term.

Naomi Osaka, who beat Sabalenka en route to claiming her maiden Grand Slam title at the US Open, is a 40/1 chance to win two or more Grand Slam titles in 2019. Osaka described her win in New York as “bittersweet” due to the controversy surrounding Serena’s now infamous outbursts, yet has yet to truly build on that breakout win and needs to show a bit more consistency in tournaments.

First-time major winners can become laden with pressure and Osaka also needs to prove herself on clay, where she can be guilty of going for too much.

It should be fun finding out if she can build on that Flushing Meadows success but winning two Grand Slams next season looks a big ask when you consider the depth of talent in the women’s game right now.

Djokovic memorably dominated the second half of the ATP season and if you fancy the Serb to continue in the same vein in 2019 you can get 7/1 with Betfair about him winning both the Australian and French Open tournaments.

He will start as the betting favourite Down Under and it wouldn’t be any real stretch of the imagination to envisage him claiming a seventh Australian Open crown.

Roland Garros though, where he was shocked last year by rank outsider Marco Cecchinato, is a different matter entirely and it’s difficult to ever see him going off as favourite for the French as long as his old rival Rafael Nadal is around.

One other bet that catches the eye is the 100/30 about Caroline Garcia making at least one Grand Slam singles final in 2019.

At 25 Garcia is entering her absolute prime and while her best chance would surely come on clay at the French Open, she’s also put in some solid runs at Wimbledon and the Australian Open previously.

An offensive baseliner with powerful groundies, the French star has six WTA Tour wins to her name so should definitely be looking to push on in the Slams next year.