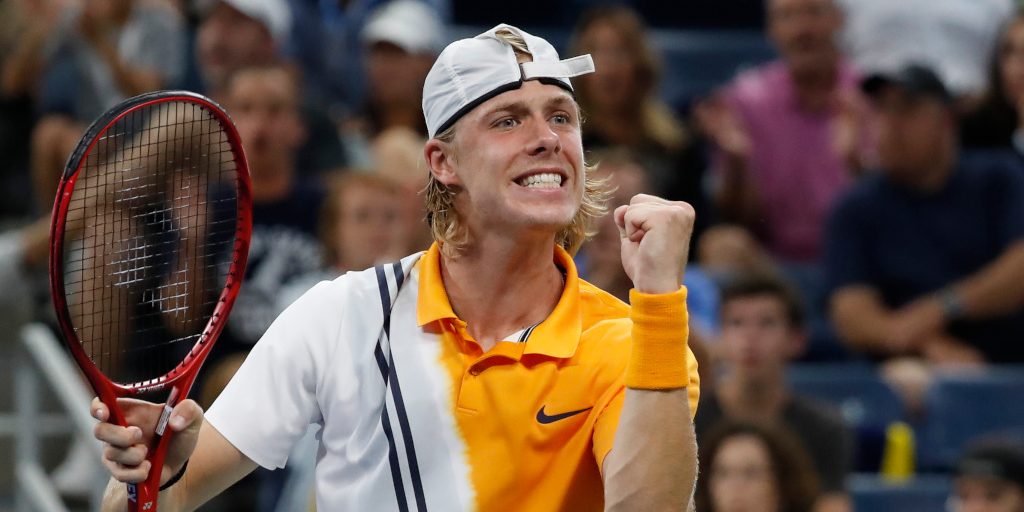 The US Open is just a week away, but before that there is the Winston-Salem to get one last form-check in for a few ATP players, and Derek Bilton is here with a tennis betting guide to help you make some money from it.

It was revered American President Abraham Lincoln who said ‘Things may come to those who wait, but only the things left by those who hustle’. Take a bow Daniil Medvedev, who bagged this column a 25/1 winner in Cincinnati on Sunday. Having lost in recent finals in Washington and Montreal, we kept the faith with the Russian and were duly rewarded as he won his first Masters 1000 event and locked up a place in the world’s top 5 into the bargain.

Medvedev has been the best ATP player of the US Open series by far. Now to do it over best-of-five at the US Open, which starts next week. Before all that though there is a 250 tournament at Winston Salem where another big price winner could prevail.

Andy Murray, three-time Grand Slam winner and former World No. 1 player, plays in the Winston-Salem Open for the first ever time this week and the Scot is a 20/1 shout with 888 Sport for glory. Murray made his singles comeback in Cincinnati but was sunk in R1 by Richard Gasquet. He won’t be playing Flushing Meadows but insists his sights are fixed on the 2020 Australian Open so it will be intriguing to gauge his progress during the remainder of the season.

Murray was close to retiring earlier this year due to a hip problem that left him struggling to walk without pain, let alone play tennis. The fact he’s back on the Tour so soon speaks volumes for the man and we would not put it past him to win ATP title number 46 here. However the road back won’t be easy and he’s a double-figure price this week for a reason.

Murray aside, there’s a bit of a B-List feel to the field at Wake Forest University, with the action played on the same DecoTurf hard courts that will be used in the final Grand Slam of the season next week in New York.

Sam Querrey is the betting favourite to win a title won by Medvedev last season. Tomas Berdych, who once flew as high as four in the world but whose latest ranking is 101, has accepted a Wildcard but is just 12-7 on the Tour this year.

In Berdych’s half of the draw 20-year-old Denis Shapovalov, who is the second seed, looks a fair price at 12/1. Admittedly the Canadian has endured a poor run over the summer and watching him recently it seems he is not keeping enough balls in play. But the raw talent is there and Shapovalov would obviously love a confidence boosting week here before heading to New York.

Shapovalov came onto everyone’s radar when he denied Rafael Nadal the opportunity to reclaim the World No. 1 spot by knocking him out of the Montreal Open back in 2017. The tennis cognoscenti expected him to really kick on this season yet despite a decent run to the semi’s in Miami that’s not really happened. However he has the game to do real damage on this surface so gets our vote this week.

In the top half of the draw Pablo Carreno-Busta could be worth a go at 14s.

The Spaniard won this event in 2016 and despite an indifferent season so far showed shades of his best form in winning four matches in Cincinnati (two in the qualies) before losing to Novak Djokovic. He will have good memories of this tournament (it was his first ATP Tour victory three years ago) and he should get past erratic Romanian Marius Copil first up.