The ATP Tour rolls on to Basel and Vienna this week, and that means Roger Federer is back in action. Derek Biltin is here to tell you why you should bet against him, though.

Roger Federer is a hot favourite to win in Basel this week, a tournament he has bossed for over a decade. The Swiss is hands down the most successful player in the event’s history, winning nine titles in all here. Indeed Federer has won 20 straight matches at this ATP 500 indoors event, and will be trying to make it 10 title wins this week. The great man has an intimate knowledge of the courts of course, having once served as a ballboy in Basel as a youngster.

The World No. 3 however has not won a tournament since taking down Halle way back in June, and was well beaten last time out in Shanghai by Alexander Zverev. Everything that Federer does on the court has always seemed beautifully easy, yet there’s no denying that at 38 his game is starting to slip ever so slightly.

It’s probably only because Federer was incomparably dominant for so long, that we now perhaps consider him in decline. His ‘A game’ still beats most players, but he’s not the ruthless winning machine he once was. How much did that epic Wimbledon final to Novak Djokovic take out of him mentally, for example?

As we’ve said Basel has been one of his happiest hunting grounds but he looks a bit on the short side this week, especially with Stan Wawrinka and Stefanos Tsitsipas in his half of the draw.

In the second quarter, Tsitsipas and Fabio Fognini are the players to beat, and the Greek looks worth a punt at 5/1. Tsitsipas has won three ATP titles, and two of those of those have come indoors. He also won the NextGen ATP Finals indoors in Milan last year, so clearly thrives on this type of terrain.

Tsitsipas is an aggressive baseliner who isn’t shy when it comes to attacking the net. He was practicing with Federer in Basel over the weekend and looks the biggest danger to the Swiss legend (though Alexander Zverev might disagree).

The Greek youngster enjoyed a productive Asian swing, making the final in Beijing and reaching the last four in Shanghai (where he was eventually ousted by the red hot Daniil Medvedev). He’s fit, firing and ticks plenty of boxes for those looking to oppose Federer in the betting. 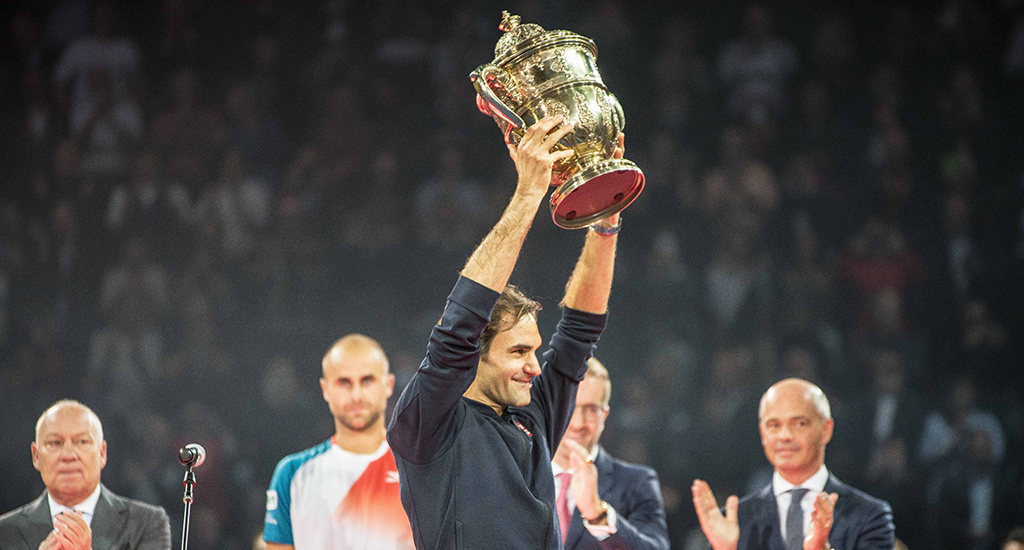 Over in Vienna Dominic Thiem is the top seed but despite it being a home tournament for the Austrian, this is not an event that historically has been kind to him.

Thiem is enjoying a decent season and is a winner of four tour-level titles in 2019. He will be making his ninth appearance in Vienna, but he’s never been beyond the quarter-finals. He has a tough assignment first up too in the shape of Jo Wilfred Tsonga, so he’s a favourite we are happy to swerve.

Gael Monfils and Karen Khachanov are two other players fancied to go well, but it’s actually an Italian who catches our eye this week. Matteo Berrettini is in fine form after deep runs at both the US Open and Shanghai Masters (where he beat a Thiem).

The speedy Italian is right in the mix in terms of Nitto ATP Finals qualification too so should be motivated. His draw looks pretty awkward but he would start as a solid favourite to win his first round encounter with Kyle Edmund. 2019 has been a breakout year for Berrettini, and his booming serve is becoming more and more of a weapon.

And while he’ll never be mistaken for Andre Agassi in terms of his return game, he’s also made improvements in that area too and 8/1 looks worth a play given his recent rock solid form.

Bilko’s Banker: Stefanos Tsitsipas to win the Swiss Indoors Basel at 5/1 (888 Sport)
Best of the Rest: Matteo Berrettini to win the Erste Bank Open at 8/1 (bet365)