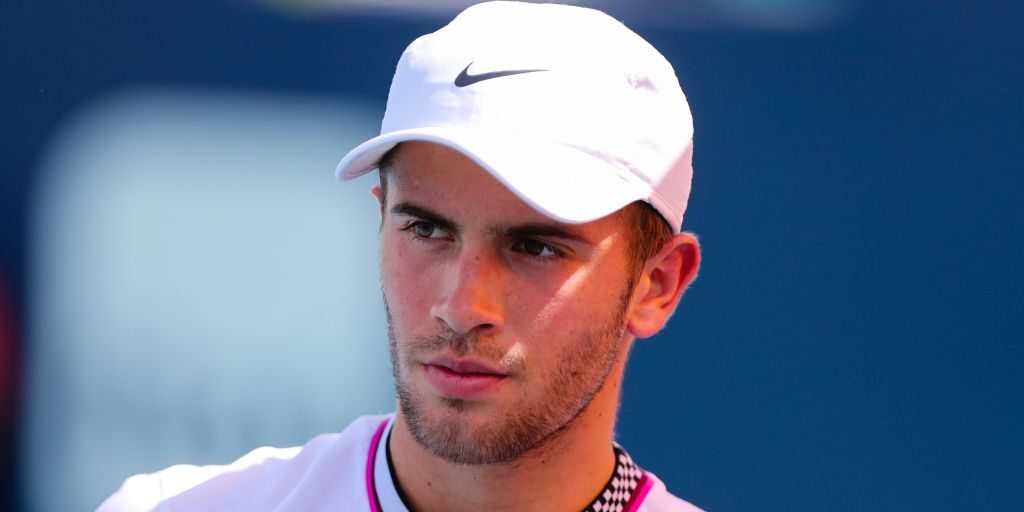 As we leave the clay season behind us and head for grass, Derek Bilton is back to help you invest your tennis betting money wisely.

We called the men’s French Open winner again this year, as the amazing Rafael Nadal took down title number 12 in Paris. It’s hard to think of another player in any sport who has dominated one event like Nadal at Roland Garros, but we need to enjoy him while we can as this is an athlete like no other.

From the energy sapping heavy clay of Paris then, to the plush rapid grass courts of s‘Hertogenbosch and Stuttgart. The ATP and WTA Tours go green for the next few weeks as it shakes the clay from its socks and the grass-court swing begins in earnest.

The Libema Open kicks things off and Stefanos Tsitsipas is well fancied to win in Holland. The precocious young Greek has already won titles on hard (Marseille) and clay (Estroil) this season and so will no doubt be out to show his versatility on grass.

Tsitsipas was last seen playing his part in a pulsating five-set battle at Roland Garros against Stan Wawrinka, and while he’s had a week to recover from that loss it remains to be seen how dialed in he is on the grass at this point, so current odds of 9/4 look a tad skinny.

Last year Richard Gasquet clinched Tour title number 15 here with a swashbuckling final display against countryman Jeremy Chardy. However the ‘Gas Man’ has just not looked fit enough this season and despite his obvious capabilities on grass I’m not sure he has enough in the tank at the minute to take down a title at this kind of level.

David Goffin and Alex De Minaur are two more players towards the top of the betting at s‘Hertogenbosch, but neither have all that remarkable form lines on grass and both have looked well short of their best in recent weeks.

Instead it could pay to row in with Borna Coric, the Croatian star who has accepted a wildcard this week. The 22-year-old has no previous appearances at this particular tournament but does have some pedigree on grass, winning Halle in 2018 and taking down one Roger Federer in the final.

Coric memorably stopped the legendary Federer winning a tenth Halle title last season and enjoyed a fabulous week in Germany. The World No. 15 has made a semi-final in Dubai and a couple of other quarter-finals (Miami, Rome, Budapest) so far this season so you could say he’s due a run to the business end of a tournament.

He’s a very smart player is Coric. Good variety, graceful movement and a booming backhand when he’s ‘on’. A player who is usually very comfy grinding or out from the baseline, however he mixed things up beautifully during that run in Halle and if his strong and precise serve starts firing he should take all the stopping this week.

In Stuttgart the MercedesCup, which made the switch from clay in 2015, is the other big grass event this week. No less than six local players will appear in the main draw of the ATP 250 event, led by the tourney’s top seed Alexander Zverev. Zverev made it to the quarter-finals of the French Open last week, where was was duly dismantled by a rampant Novak Djokovic. He will have huge support in his homeland but is a hard player to read mentally. Let’s just say he’s not the type of person you figure out over a cup of tea. A walking, talking enigma capable of running away with the title without dropping a set, or being cleaned out in his first match.

So instead of smashing into Zverev at short odds, let’s take a punt on Karen Khachanov at 9/1. The Russian enjoyed a very solid French Open – reaching his first Grand Slam quarter-final – so will be full of confidence and he has the game to go well on grass.

He blasted his way to victory in the Masters 1000 event in Paris last year and his dominant win over Djokovic in that final suggested he could really make some major waves this season. For whatever reason it’s not really happened so far but the 23-year-old has a huge power game, seems healthy and provided he comes through a projected second round clash with Nick Kyrgios (a match not to be missed) we fancy his chances of making the final at least.

Bilko’s Banker: Borna Coric to win the Libema Open at 5/1 888
Best of the Rest: Karen Khachanov to win the MercedesCup at 9/1 bet365