After starting 2020 with a red hot betting tip that landed, our man tennis betting guru Deggsy is back to help you pick winners from Adelaide and Auckland.

Boom. We have officially started 2020 in style after 9/2 shot Andrey Rublev hosed up in Doha last week and are going for back-to-back winners as the action moves to Adelaide and Auckland.

Tournaments played the week before a Grand Slam often throw up plenty of shocks so anyone looking to go in heavy on one of the favourites would do well to remember that a lot of the players here will be merely fine tuning their game with one eye on the forthcoming Australian Open.

The recent ATP Cup has certainly captured the imagination but not everyone has been left convinced, especially after Novak Djokovic withdrew from Adelaide and Daniil Medvedev ducked out of Auckland.

As things stand Alex Di Minaur is the top seed and betting jolly in Adelaide and will be buoyed by a vociferous local crowd. The 20-year-old enters as Australia’s No. 1 player and starred recently in the ATP Cup as his country reached the semi-finals, showing his game is in good order.

Di Minaur won three ATP Tour titles last season and won his first on the eve of the 2019 Australian Open as he took down the Sydney International. However his price is nothing to get excited about at around the 3/1 mark and after a busy start to the season if would not be a major surprise if he failed to go deep this week.

This is the first Adelaide International with the action under way at the Memorial Drive Tennis Club. Felix Auger-Aliassime is the second seed and while the Canadian has the game to make a real noise this season his start to 2020 has been less than inspired.

Auger-Aliassime became the youngest Queen’s semi-finalist since Lleyton Hewitt in 1999 last summer but won just one of four singles matches representing Canada at the ATP Cup last week. With this in mind he also looks short at 9/2 or thereabouts.

Russian Rublev will be full of confidence after winning Doha but with the first Grand Slam of the season just a week away he will not want to arrive in Melbourne fatigued so may not produce his best level for a second successive week.

Pablo Carreno Busta looks interesting though. The wily Spaniard knows how to win these ATP 250 events and took down Chengdu last season. The Spaniard has been as high as 10 in the world before back in 2017 and while he has not set the Tour alight in the past couple of years at 27 he’s still very much in his prime.

Crucially he could do with an extended run in Adelaide too as he has been restricted to doubles action so far this season, serving Spain brilliantly in the ATP Cup.

PCB is a typical Spanish grinder with good mobility who will wear down opponents. He will never be mistaken for Goran Ivanisevic in terms of his serve but he’s a solid returner and a crafty shot-maker. If Di Minaur isn’t fully at it in the top half then Carreno Busta could cash in and he looks worth a play at 10/1 with bet365. 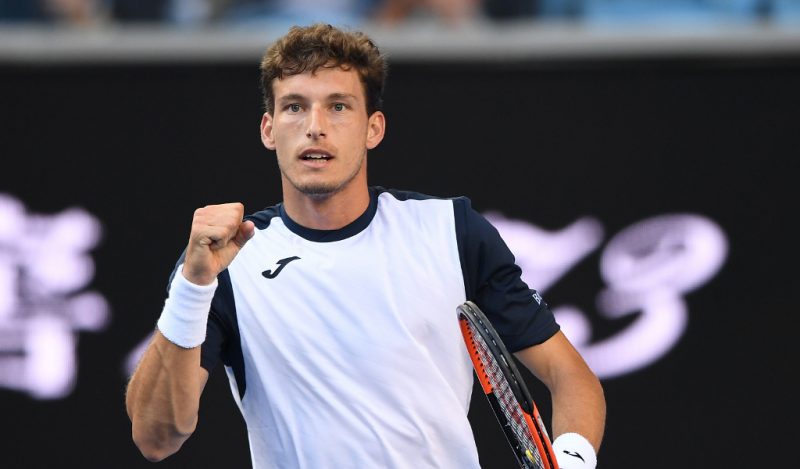 Over in Auckland Denis Shapovalov is a 7/2 favourite with bet365 to win the ASB Classic.

Shapovalov produced a stirring display last week against Djokovic, with the Serbian having to really dig in to beat the 20-year-old 4-6 6-1 7-6 and clinch the key win for his side in their quarter-final tie against Canada. Will ‘Shapo’ be up for Auckland though?

Playing at his best level he probably wins this but his main concern will surely be getting to the Australian Open in peak physical shape. That goes for Fabio Fognini and Karen Khachanov too.

Instead it could pay to think outside the box and have an each-way tickle on Cameron Norrie. 24-year-old Norrie enjoyed his best year on the Tour last year where he reached a career-high 41st in the ATP world rankings.

The Brit will have ranking points to defend here too after he swept to the final in Auckland last season. Indeed he didn’t drop a set until the semi-finals where he turn won a thriller against Jan-Lennard Struff. Tennys Sandgren proved too good for him in the championship match but he ticks plenty of boxes for punters here.

Auckland is also a city he knows well. He grew up here before switching allegiance to Britain in 2013 and looks a live betting dog here at 30/1.