What an opening week we’ve enjoyed at SW19. Indeed it’s been absolute carnage at Wimbledon this year if you are a lover of lumping favourites.

The biggest shock of the lot of course was our tip for glory in the men’s event – Marin Cilic – losing to world No 82 Guido Pella in huge upset.

The 28-year-old Argentine had never won a match at Wimbledon before this tournament but he produced a superb comeback to oust the Queen’s champion. Let the records show Cilic was 1/500 with some bookmakers to win the match in-play when up two sets and a break. Amazing.

It’s been even crazier in the women’s draw where for the first time in the 50 year history of the Open era, only two of the top eight seeds made the third round.

Madison Keys, Caroline Wozniacki, Garbine Muguruza and Sloane Stephens have all been toppled, along with French Open champion and top seed Simona Halep.

Thankfully our tip Serena Williams marches on and is now into 13/8 to land another Grand Slam title. Yet amid the chaos, there are also some familiar faces playing well.

Roger Federer, Rafael Nadal and Novak Djokovic – winners of 13 of the last 15 men’s titles – have all moved serenely into week two. Federer has yet to drop a set and is now odds-on to win in London.

Yet while Djokovic’s price has barely moved the three-time Wimbledon champion has looked in great touch and looks worth a punt to claim title number four. He faces Karen Khachanov on ‘Manic Monday’ and while it definitely will be a game worth keeping an eye on, Djokovic should prove too savvy for the young Russian.

In terms of match betting Ernests Gulbis looks big at 11/4 to take down Kei Nishikori. Just over a week ago, Gulbis was playing Wimbledon qualifiers in the middle of an unremarkable field in Roehampton and seething about the conditions.

On Saturday on Court One he dished out a fifth set bagel to oust fourth seed Alexander Zverev.

Due to qualifying Gulbis has already won six matches at Wimbledon this year and if his stamina holds (as he has played a lot of tennis) he looks a live underdog in that one.

Elsewhere heading into the fourth round is new territory at The Championships for Gael Monfils, who has looked energised and fully focused so far this year.

He’s a 6/5 chance to beat Kevin Anderson and having already accounted for Richard Gasquet and Sam Querrey he won’t be short of confidence. 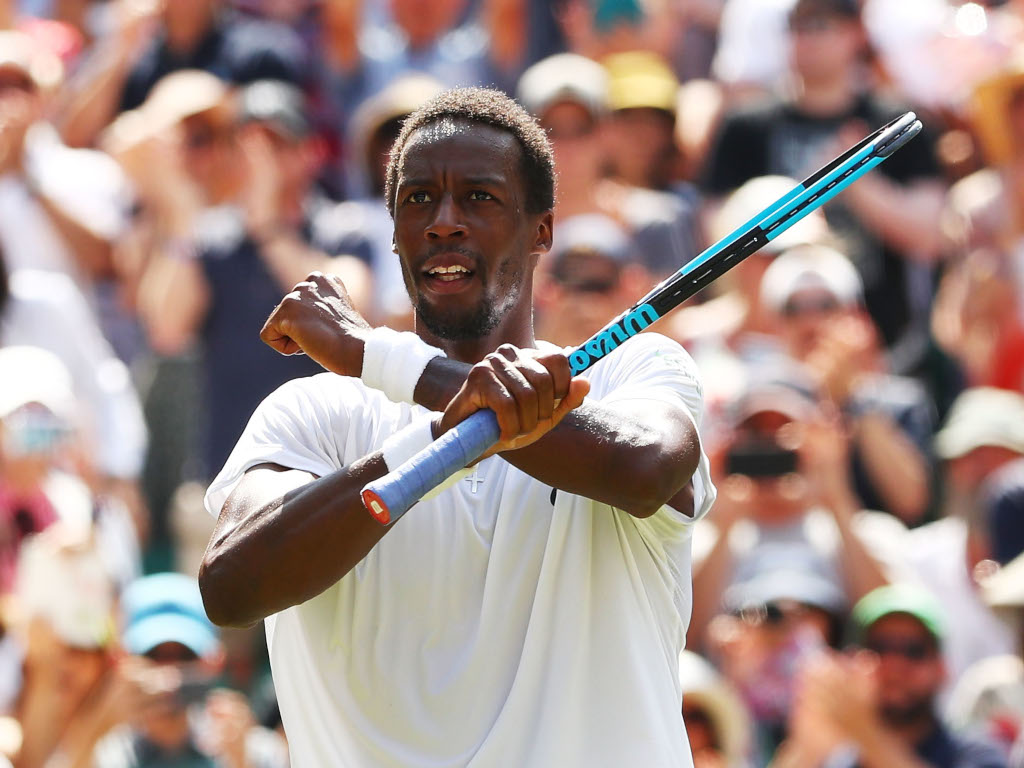 Monfils hit a 150m/h serve in the opening set of his match against Gasquet, the fastest recorded serve ever hit at Wimbledon, though doubts persist about the validity of the speed gun that clocked the serve.

There can be no doubt about Monfils’ motivation this year though, and he’s plenty good enough to get past Anderson.