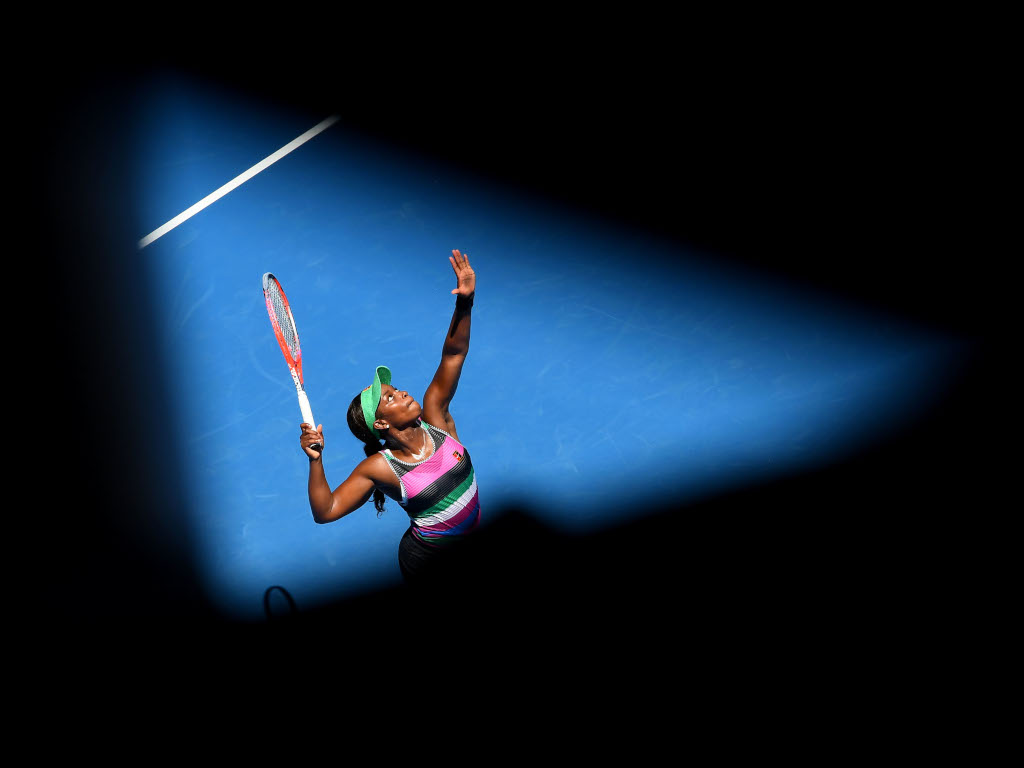 With four different Grand Slam winners last year in the women’s game and eight in the last two years, 2019 promises to be equally as open, especially the Australian Open.

However, a couple of days into the season-opening major of the year at Melbourne Park and it is clear there may be less upsets than first imagined. Many of the world’s top women’s players seem at ease and excited for the first Slam of 2019.

World No 1 Simona Halep will aim to go one step further this year, having lost last year’s epic final to Caroline Wozniacki.

The younger generation led by US Open champion Naomi Osaka, along with American duo Sloane Stephens and Madison Keys, could well end up lifting the famous Daphne Akhurst Memorial Cup.

Title favourites
We start with 23-time Grand Slam winner Serena Williams as she goes in search of No 24, aiming to match the record held by Australian great Margaret Court.

Having made the final of the last two majors, and being beaten at ease by both Angelique Kerber and Naomi Osaka, she will be desperate to win this year’s edition.

This is also her first Australian Open as a mother having given birth to daughter Alexis Olympia in September 2017.

The last time she played in Melbourne, she was six weeks pregnant and managed to overcome sister Venus in the final. That is to date Serena’s last Grand Slam victory. She will be hoping it is not her last.

Simona Halep made two Grand Slam finals last year before a disappointing exit at Wimbledon to Taiwan’s Hsieh Su-wei. She will have a burning desire to set the record straight and win her second major title.

Elina Svitolina may be seen by some as a non-entity at the Grand Slams having never been past the quarter-final stage, but there is no doubt she has talent.

The world No 4 finished 2018 in style winning the WTA Finals in Singapore, overcoming Sloane Stephens in three sets. This could be her breakthrough year at the majors.

Caroline Wozniacki has to be considered a favourite as her biggest title in her career came in Melbourne 12 months ago. Although there is pressure on her shoulders to defend her title and the ranking points that go with it, you can expect her to be fired up for this year’s curtain raiser in Australia.

The only doubt surrounding her is her arthritis and if that impacts on her physically as the tournaments goes on. Tennis fans will be hoping she is pain free and raring to go.

US Open champion Naomi Osaka is considered by some as the future of women’s tennis. As much as it can be tempting to say this, fans shouldn’t put too much pressure on her young shoulders. It is difficult to believe she is still only 21 years old.

It is extremely tough in the modern era to win back to back Grand Slam titles unless you are Serena Williams in her prime. Osaka is likely to go deep into the second week, but she will be keen to impress.

And finally, onto Angelique Kerber as the reigning Wimbledon champion will be dangerous if she’s on form.

The dark horses
Three Americans immediately come to mind. All for different reasons.

Venus Williams may be nearly 39 years of age but she has been playing consistent tennis since reaching both the Australian and Wimbledon finals in 2017.

She epitomises the word dark horse if she is injury free and playing explosive tennis. A Venus-Halep third-round clash could be on the cards.

Exit stage left, and onto round two. @venuswilliams toughs it out against Buzarnescu #AusOpen

Madison Keys possesses fine raw talent. She lost to compatriot Sloane Stephens in the 2017 US Open final. However, Keys is a strong player on the hard-court surface and easily has the ability to win a Grand Slam.

Many players would want to avoid her in the later stages.

Finally, Sloane Stephens hasn’t won a Grand Slam for a year and half. She did come narrowly close to beating Simona Halep in last year’s French Open final.

Depending on which Sloane Stephens turns up, she is an outside favourite.

Marching into the second round @sloanestephens #AusOpen Def. Taylor Townsend 6-4 6-2

Karolina Pliskova remains an enigma having briefly enjoyed a stint at world No 1. She is still in the world’s top 10 but the jury is out on whether she can win a major.

Spain’s Garbine Muguruzais a two-time Grand Slam champion, but is approaching a two-year drought. She is particularly strong on clay, but cannot be underestimated.

The final dark horse is Britain’s Johanna Konta. She in fact faces a very tough match against Garbine Muguruza next in round two.

However, if she is able to win that match it could give her the kind of confidence she needs to go far in this tournament.

Having previously reached two grand slam semi-finals, she will be itching to win against the top players.

The floaters
This would define the category of players that can produce an upset but then lose the very next match. Steve Darcis, Dustin Brown and Gilles Muller have beaten Rafael Nadal at Wimbledon, but then fell at the next hurdle.

Switzerland’s Belinda Bencic was highly impressive alongside countryman Roger Federer in winning the Hopman Cup in Perth. However, she has often struggled in the singles particularly on the grand slam circuit.

Bencic could do well in theory but faces Kazakhstan’s Yulia Putinseva, which could be an extremely tough match for the young Swiss.

Having made the 2014 Wimbledon final and once considered a future Grand Slam champion, Canadian Eugenie Bouchard’s career has hit a road block. She is now 79 in the world but her ability is much higher than her ranking suggests.
Bouchard faces Serena Williams next and that is no easy match for the American legend.

Camilla Giorgi may be an unknown to some but the Italian pushed Serena all the way at Wimbledon last year in the quarters.

She could face big hitting Czech Karolina Pliskova in the third round.

Honourable mentions
Players who haven’t made the other three categories could easily put in a good showing at this year’s tournament. Maria Sharapova is one. As is ninth seed Kiki Bertens.

Greece’s Maria Sakkari has talent and is only 23 years of age. Elise Mertens of Belgium and Taiwan’s Hsieh Su-weiare capable of producing good tennis.

The verdict
There are so many exciting women’s players in the world of tennis right now, which makes it all the more difficult to predict.

Serena Williams is still adjusting to life post-birth. She may have a good tournament, but not enough to go all the way.

Sloane Stephens or Madison Keys might win and the Australian Open will have a new women’s champion in 2019.