Comment: Agnieszka Radwanska retires as one of Poland’s all-time greats 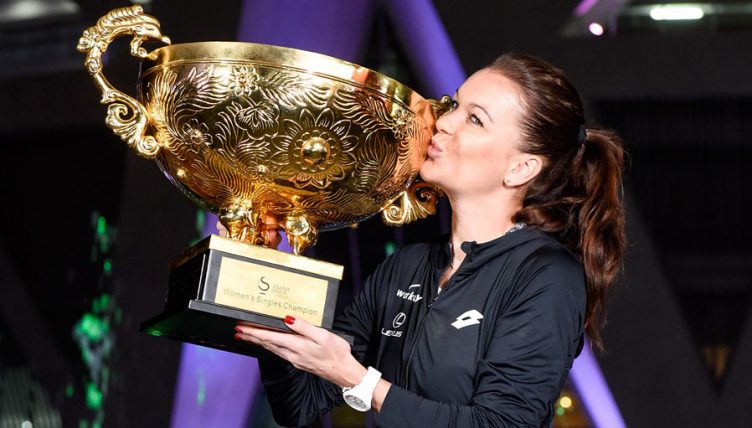 After Agnieszka Radwanska announced her retirement at the age of just 29, Sebastian Sternik takes a retrospective look back on a career that deserved more.

In a Facebook post the Pole said: “I have decided to end my career. Unfortunately, I am no longer able to train and play the way I used to and recently my body can’t live up to my expectations.”

The 29-year-old will no doubt go down in history as one of Poland’s all-time greats. With 20 WTA tournament wins, a Wimbledon final and a WTA Final title under her belt, Aga leaves the game with her head held high. But where did it all start for the former World number two?

The year 1989 was a symbolic year for Poland. The rise of the Solidarity movement and the downfall of communism marked the start of a new era for the country. However, the year also holds one additional importance – this was the year that Agnieszka Radwanska was born.

Radwanska grew up in a very successful sporting family. Her grandfather Wladyslaw was a hockey player and later became the head coach of one of the country’s best known teams, Cracovia Krakow. Her father Robert was a tennis player and competed for KS Nadwislan. Also, let’s not forget about Aga’s younger sister Urszula, who still competes on the ITF calendar.

Despite being a native ‘Krakowianka’ (someone who is born in Krakow), Radwanska spent a number of her early years in Germany as her dad coached the club Grün-Gold Gronau. This was also the place where she first fell in love with the sport.

At the age of six Radwanska claimed her first tournament victory after going on to win a children’s competition in Gronau. In that same year, the family moved back to Poland as her father’s contract with the tennis team had run its course.

Former Wimbledon finalist announces retirement at just 29 due to injury.https://t.co/m51SsagOmW

The year 2003 was relatively successful for Radwanska which culminated in a junior final in the city of Zabrze. The Pole went on to lose that game to the current World number 49 Magdalena Rybarikova but it was the first major sign that this girl had serious potential.

Two years later Radwanska entered the professional arena and it didn’t take long for her to make an impact. A victory in the 2005 Wimbledon junior tournament earned her a wildcard entry into the main draw a year later.

Radwanska excelled in that tournament, reaching the fourth round and losing to eventual semi-finalist Kim Clijsters. On top of that, she also claimed victories over the likes of Victoria Azarenka and Tsvetana Pironkova.

Wimbledon 2012 saw Radwanska make more history by becoming only the second Polish player to reach a Grand Slam single’s final; that’s despite going on to lose that final to Serena Williams. She also became the first Pole since Wojciech Fibak in 1979 (doubles), to reach the World number two ranking.

Three years later, the Pole got her revenge on Williams as she defeated the American superstar in the opening game of the 2015 Hopman Cup. Radwanska and Jerzy Janowicz went on to win that final and lift that title for the first time in Polish tennis history.

Her year got even better by the time the WTA World Tour Finals came around. Following a gruelling battle in the semi-final against Garbine Muguruza, Radwanska then went on to defeat Petra Kvitova in the showpiece. This was to be the biggest win of her career.

Love her or hate her, people in Poland and across the world certainly respect her. Now the big question in Poland is – who will be the next Radwanska?