Simona Halep and Caroline Wozniacki were the big winners in 2018 in terms of WTA career prize money, but Serena Williams remains well clear of the pack.

10. Martina Hingis ($24,749,074)
The Swiss legend started the year in seventh place, but she was always going to drop down the list having retired from professional tennis at the end of 2017.

Hingis won 43 WTA singles titles, including five Grand Slam crowns, and spent a total of 209 weeks at No 1, but during the latter stages of her career all her prize money came from doubles and mixed doubles as she won four doubles Grand Slams and six mixed doubles majors from 2014 until 2017.

9. Angelique Kerber ($27,156,841)
The German didn’t feature in the top 10 last year, but she makes her entry after adding $5,686,362 to her career prize money earnings during 2018 with the bulk of that coming from her success at Wimbledon where she beat Serena Williams in the final.

She also reached the semi-final of the Australian Open and quarter-final at Roland Garros, but her only other title of the year came at the Sydney International at the start of the year. 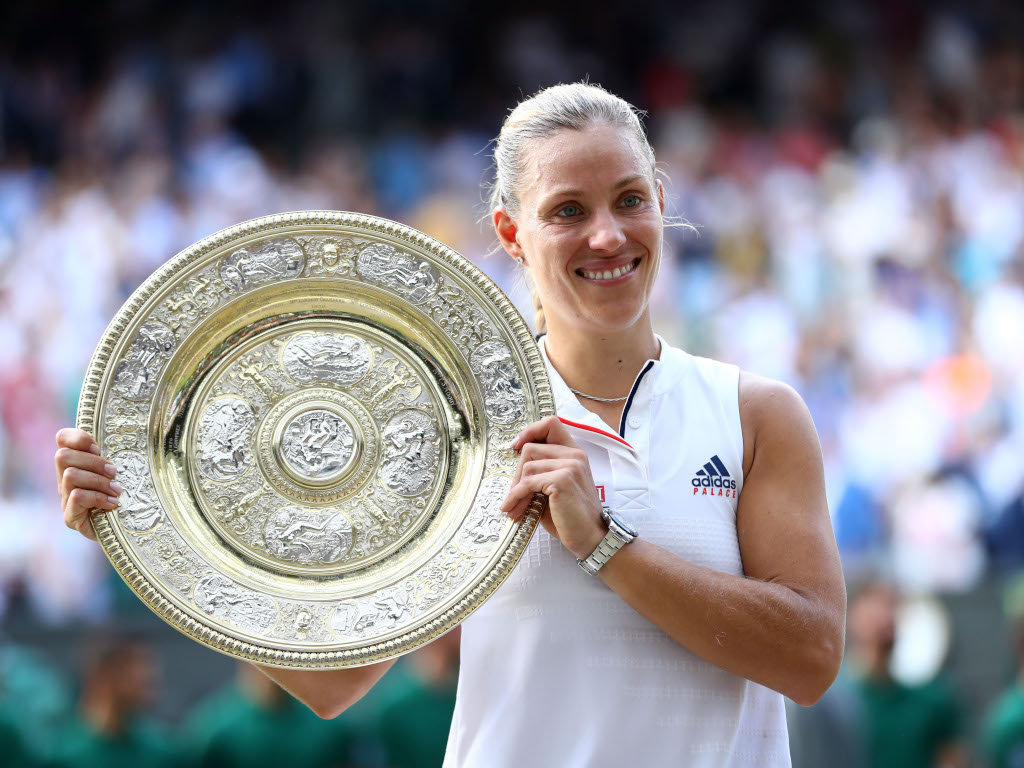 8. Petra Kvitova ($27,342,207)
The two-time Grand Slam winner didn’t fare very well in the majors this year, but she still added $3,301,389 to her bank account having won five WTA Tour singles titles, the biggest being the Madrid and Qatar events.

7. Agnieska Radwanska ($27,683,807)
It was another injury-ravaged season for the Pole and after the campaign she confirmed her retirement from the sport.

The bulk of that money came from her title at Roland Garros, runners-up finish at the Australian Open and wins at the Premier 5 Italian and Canadian Opens.

The 2018 ATP Tour season has come and gone so it is only right that we give you an updated top 10 career prize money earners list https://t.co/GbJcNgEwne

5. Victoria Azarenka ($29,278,989)
A difficult year for the former world No 1 as she started her season late due to the child custody battle with her ex-partner, but she still managed to earn $847,800, which is not bad when you consider that she last reached a singles final in 2016.

4. Caroline Wozniacki ($33,492,413)
From sixth last year to fourth this year thanks to her victory at the Australian Open.

The Dane earned $6,657,719 this season and is starting to put a bit of pressure on Maria Sharapova as she is now “just” $4,8m behind the Russian. Another major and two or more big titles in 2019 could well see her move up into the top three.

3. Maria Sharapova ($38,342,119)
Not the greatest of seasons for Sharapova as she failed to win a single title with her best Grand Slam performance coming at Roland Garros where she reached the quarter-final.

However, she still managed to earn $1,312,643, which keeps her on the heels of Venus Williams.

Williams failed to reach a final while her best Grand Slam appearances were third-round exits at Wimbledon at the US Open.

Williams was seventh in terms of prize money earnings for 2018 as she accumulated $3,770,170, with most of that money coming from her finalist appearances at Wimbledon and the US Open.