Andy Murray and Jamie Murray as a doubles team: From Andy ‘welling up’ in Valencia to 2015 Davis Cup glory 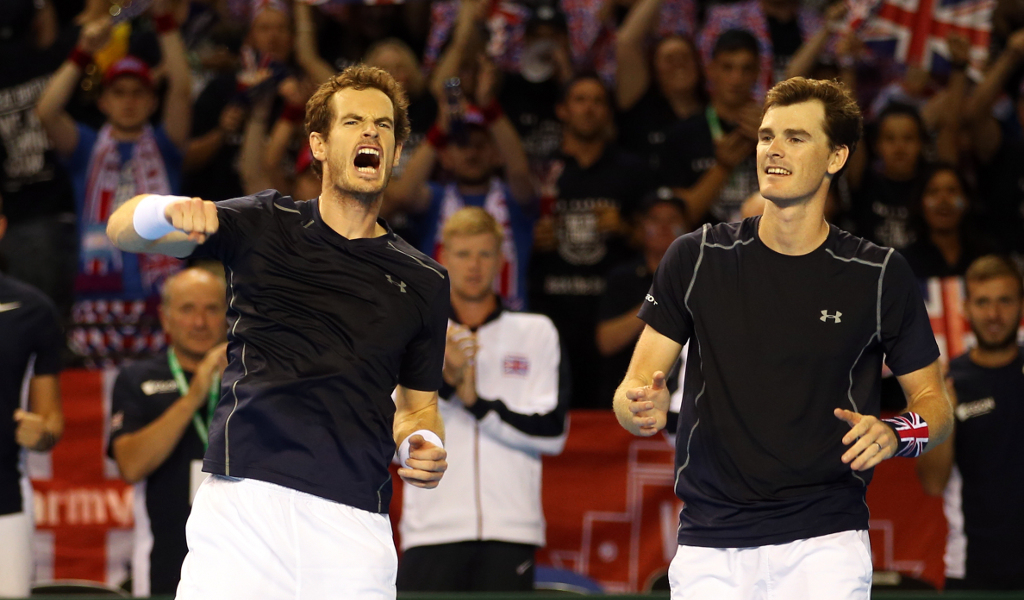 Andy Murray and brother Jamie will team up for the first time since the 2016 after the pair confirmed they have entered the Citi Open in Washington.

The duo have won two ATP Tour titles as a doubles team, but their biggest achievement was undoubtedly the Davis Cup glory with Great Britain in 2014.

Not the best of starts

The Murray brothers’ doubles journey started in 2006 when they made their first appearance on the ATP Tour, but it was a frustrating start as their contest against American Justin Gimelstob and Stan Wawrinka from Switzerland lasted only four games as they were forced to retire when Jamie picked up an injury.

“It was my first match on the Tour in 2006,” Jamie told The Telegraph in an interview in 2008. “Andy missed a return and as I turned round I felt a really sharp pain in my knee. We had to stop playing after about three games.

“I Andy was concerned. He didn’t care about the match. He was only playing as a favour to me. I had a scan but there was nothing wrong and I’ve never had the same trouble again.” 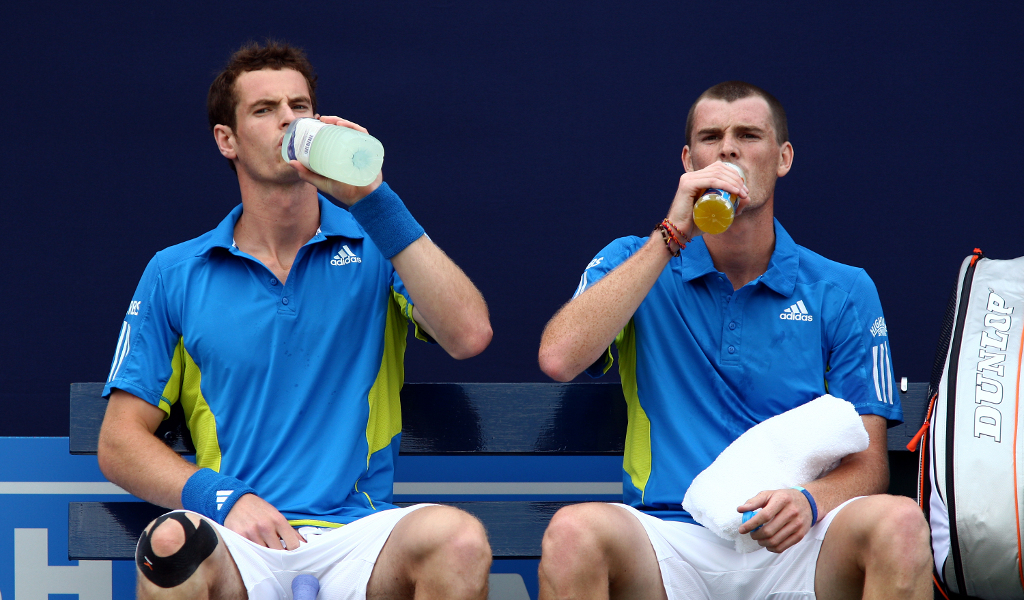 After another early exit at the Hall of Fame Open in Newport, they finally got their first win under the belt at the Thailand Open late in the season as they made it all the way to the final, beating Feliciano Lopez and Marat Safin in the quarter-final en route, before going down 6–2, 2–6, 10–4 to Israeli pair Jonathan Erlich and Andy Ram.

The 2007 season saw them reach the semi-finals in Doha and the quarters at the Indian Wells Masters while in 2008 they competed in only three events and didn’t team up at all in 2009.

It finally clicked for the brothers at the Valencia Open in November 2010. It was an impressive run as they opened the campaign with a win over Spanish duo Feliciano Lopez and Fernando Verdasco and finished it off by defeating third seeds Mirnyi and Indian great Mahesh Bupati 7-6 (10-8) 5-7, (10-7) in the final.

And Andy admitted to “welling up” after their win.

“It wasn’t a laugh, it was a big week for Jamie and obviously I wanted to do well for him,” Andy said. “It’s not just about singles and my tennis all the time. I love playing with Jamie and when I get the chance I have to take it.

“It’s the first time I’ve won a tournament with him and it’s the most emotional I’ve been after a match since the Australian Open. It was really important, and I was welling up big time.”

Another year, another title

The brothers competed in seven tournaments in 2011 and started the campaign with a semi-final appearance in Rotterdam and a run to the quarter-final in Indian Wells. Their scalps in Indian Wells included Brazilian pair Marcelo Melo and Bruno Soares as well as Americans John Isner and Sam Querrey. 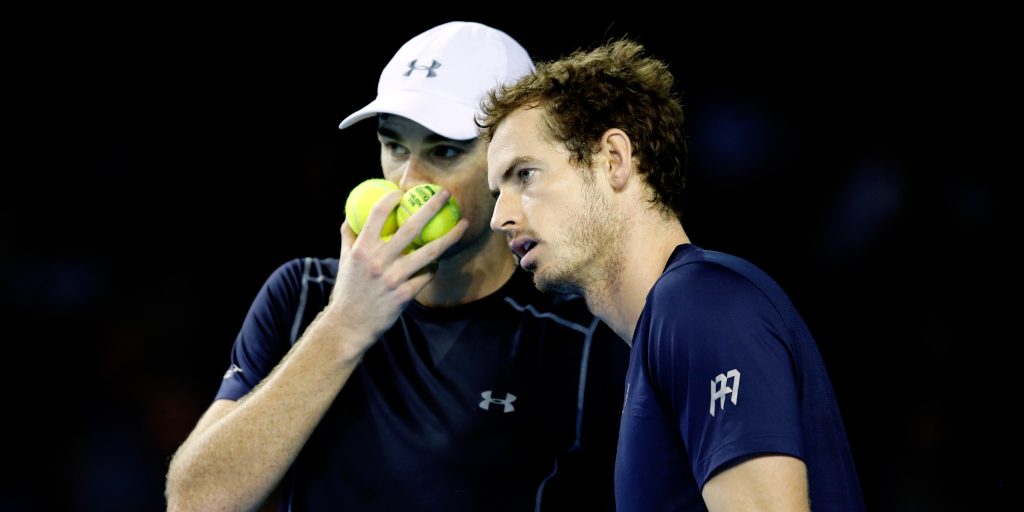 But they again left until late in the year to win a trophy as they tasted success at the Tokyo Open.

Starting off with a win over Spaniard Pablo Andujar and Canadian Milos Raonic in the first round and finishing it off with a 6-1, 6-4 victory over fourth seeded pair Czech Frantisek Cermak and Serb Filip Polasek.

It was double delight for Andy as he also won the singles title after beating Rafael Nadal in the final.

Their Tokyo win gave the pair, and Great Britain, a big boost ahead of the 2012 London Olympics with hopes of Murray gold in the men’s doubles.

But they never really got going and made several early exits and it didn’t really come as too big a surprise when they lost in the opening round of the London Games, going down to Austria’s Jurgen Meltzer and Alexander Peya.

They then played only one tournament together in 2013 and none in 2014.

The following year they produced the stuff of legends as they helped Great Britain to win their first Davis Cup since 1936 with victory over Belgium in the final.

En route to the final, they paired up against France in the quarter-final and beat Jo-Wilfried Tsonga and Nicolas Mahut and then overcame Australian duo Sam Groth and Lleyton Hewitt in the semis.

After the teams shared the opening two rubbers in the final, the Murrays gave Great Britain a valuable lead as they beat Steve Darcis and David Goffin 6-4, 4-6, 6-3, 6-2. Andy, of course, won his reverse singles tie against Goffin to give GB the win.

“There was so much noise,” said of the atmosphere in Ghent. “It was mental. There’s a low roof as well so everything’s packed in. We were shouting to each other at the baseline trying to tell each other where we were going to serve. But it was brilliant. It’s a Davis Cup final – we expected it to be noisy, a lot of passion and fans out here. It didn’t fail to disappoint.”

They again represented GB at the Rio Games and fell early, while Great Britain’s defence of their Davis Cup title was ended by Argentina in the semi-final, but the Murrays claimed a four-set win over Juan Martin del Potro and Leonardo Mayer.

The 2016 Davis Cup semi-final was also the last time the pair played together, but that will all change come the Citi Open in Washington.