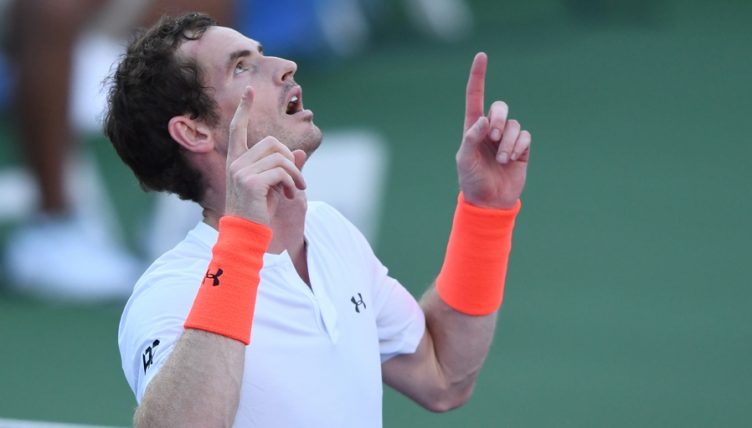 Andy Murray has demonstrated the fire still burns, and that’s an ominous sign for rivals hoping he was a spent force.

Andy Murray is back.

Okay, so he’s not at his best yet, and he probably won’t be contesting titles again for some time, possibly even next season, but for intents and purposes, the former world number one is back.

And how good that is to say.

Because, if we are honest, really, truly honest, no one really knew if it would happen. Indeed, even Murray himself has spoken of having doubts during low points in his year-long struggle with injury that saw him drop to number 838 in the world.

Now, let’s be clear about how tough it’s been for Murray. When he took to the court at Wimbledon 2017 to defend his title, he was ranked at number one in the world. At that moment in time, he was the best the ATP Tour had to offer. We didn’t see him on court again for nearly a year.

The injury he had was, we were told, beyond serious. He would probably be back, but it wouldn’t be the Murray we know.

“Will Andy ever be the same?” asked Tommy Haas, a former world number two who suffered the same injury.

“Will he ever move the same, with the foot speed that gives him the confidence at the top of the game? That remains to be seen.”

I wondered myself in a column back in June whether Murray would be able to rely on the brilliant defensive element to his game that has taken him so far.

Andy Murray is back, but will he still be the same player we love? Amid the joy – the caution.https://t.co/6L8QiZ34ht pic.twitter.com/xAZiubDday

Many others have questioned whether, at 31-years-old, he still had the fire to climb the rankings again like an 18-year-old.

Most of these questions are, I guess, still to be answered. That last one, however, has been answered emphatically.

Against Kyle Edmund in Washington this week, Murray was absolutely fierce. He contested every point, he was animated, he was emotional, he was angry, passionate, boisterous, cantankerous, contentious.

His touch wasn’t quite there yet, and neither was his fitness. He lagged badly in the second set as he waited for his second wind to arrive. Both of those will come. There is little doubt about that.

What was there, though, along with the fire, was the mobility. This wasn’t a weak Kyle Edmund performance. It wasn’t, in any way, shape or form, the Edmund who was barely inside the world’s top 50 when Murray got injured.

He’s a top-20 player now and one very much on the rise, and he was thundering some forehand winners past Murray all night.

It was a really tough test for Murray against a player who knows him perhaps better than anyone – and he found a way to win it.

For Murray, it’s just a start. That has to be stressed. The remainder of 2018 is probably just an extended preparation for next year.

However, make no mistake about it, Murray is back, and that is brilliant for tennis.