‘I think bananas are a pathetic fruit’: Andy Murray’s brilliant career in quotes 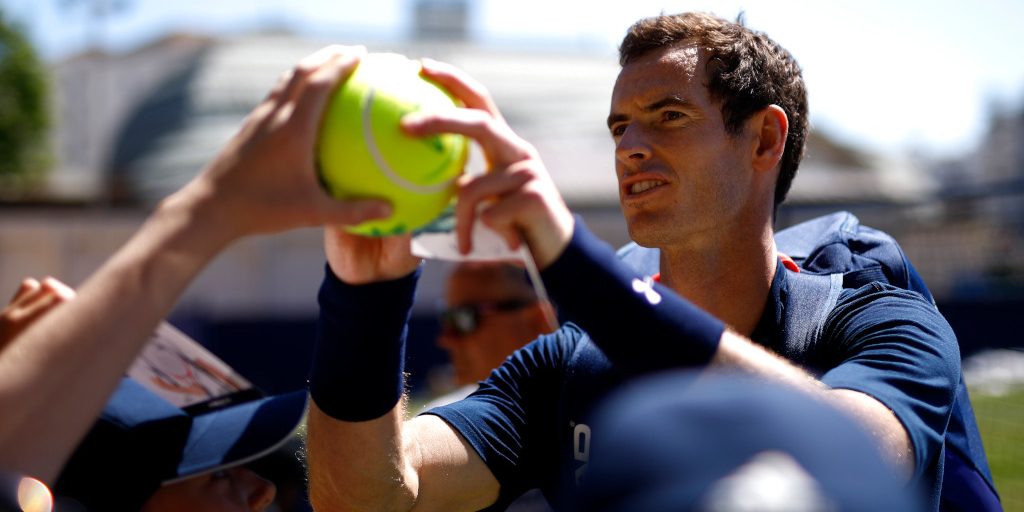 Andy Murray has given us more than just brilliant tennis over the years, he’s given us some amazing quotes too. Here are a mere fraction of them.

“People think I am unemotional because my voice is flat and a bit boring. It is unfortunate but it is just the way it is. I’ve tried to change it but it doesn’t seem to make a difference. The truth is, I have lots of emotions inside.”

“Contrary to my image, I do have a sense of humour.”

“I am not anti-English, and I never was.”

“My fitness trainer’s English, my physio’s English, some of my friends are English. I don’t have a problem with English people at all.”

On his tennis philosophy

“In tennis, it is not the opponent you fear, it is the failure itself, knowing how near you were but just out of reach.”

“Sometimes you’re looking to play perfect tennis but it’s not going to happen all the time and you have to accept it.”

“You can’t focus on other people’s careers. Everybody is different.”

“You have to go into each match believing you can beat all of the players.”

“I don’t play any tournaments to come second best.”

“I’ve been asked a lot lately if tennis is clean or not. I don’t know any more how you judge whether a sport is clean. If one in 100 players is doping, in my eyes that isn’t a clean sport.”

“A lot of times, the press guys ask why I take an hour and a half to come to the interview room, but if you don’t do the massage and the ice baths and the stretching and the cooling down and the eating, and your opponent is doing that stuff, they already have an advantage.”

“Getting married is great, and I feel really good away from the court, and my private life and stuff is good. But you still need to train and work hard. Like, I didn’t go on a honeymoon after we got married; I went to Barcelona and trained for 10 days to get ready for the clay-court season. It’s been good, but you still have to put the work in.”

“I do think your personal life has an impact on your tennis. If your private life is up and down, and you’re thinking about what is going on back home, then you aren’t solely focused on your job, but when things are good back home, it’s so much easier when you’re on court. It’s not necessarily marriage; it’s more having a stable relationship.”

On his tennis legacy

“When I was serving for the match, there was a sense of how big a moment that is in British tennis history. It’s great to have finally done it.”

“I understand how much everyone wanted to see a British winner at Wimbledon and I hope everyone enjoyed it. I worked so hard in that last game. It’s the hardest few points I’ve had to play in my life. I don’t know how I came through the final three points… that last game … my head was kind of everywhere. That last game will be the toughest game I’ll play in my career, ever.”

“To be honest, I think bananas are a pathetic fruit.”