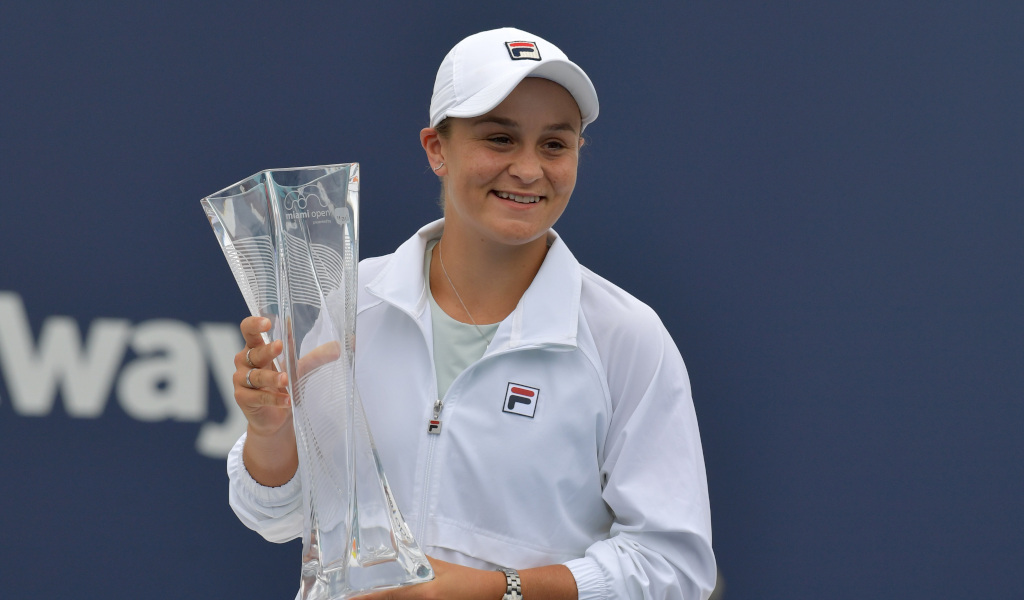 After tennis was suspended for five months in 2020, the revised ranking system introduced by both the WTA and ATP Tours has attracted criticism from both players and fans alike.

Several players who have performed well since the restart and perhaps haven’t risen up the rankings as much as they would have normally have expressed frustration at that fact, whilst fans are also naturally a little vexed.

The controversial ranking system, by no means a perfect solution but probably the best decision in the circumstances, has benefitted many players.

However, arguably no one who has benefitted from it has attracted as much criticism as world No 1 Ashleigh Barty.

After playing in the Middle East swing in 2020, Barty did not play again for the rest of the season following Covid-19 hiatus as she opted to stay in Australia once the Tour resumed and she only returned to action during the revised Australian swing this year.

With points protected for those who did not play events last year and at the beginning of 202, the Australian has been able to keep hold of the world no.1 ranking that she first gained in 2019.

She did not lose her points from winning the Miami Open or French Open in 2019, a substantial amount of points that kept her on the top spot.

For that, she has been criticised. She has been accused by some of taking advantage of the system to keep herself at the top spot, ahead of the likes of Naomi Osaka who has won both the Australian and US Opens in the past few months.

Congrats to Yarra Valley Classic champ @ashbarty on a cracking start to the 2021 season. pic.twitter.com/HkZSSUFwGK

However, this criticism seems unfair – and she has responded to it perfectly.

Whilst cases were still high in the US and rising again in Europe during the Tour’s return in 2020, Barty decided to remain in Australia where the virus has arguably been handled more effectively.

Overall cases and deaths have been fairly low and because of that life has been much more “normal” in Australia for several months.

It is entirely understandable that Barty, and most other Australian players, would choose to stay in their home nation instead of playing with strong protocols in place and in countries where the virus was still much more widespread.

She did disappoint with her quarter-final exit at the Australian Open in February, though apart from that she has been very impressive in 2021.

Barty won the Yarra Valley Classic in Melbourne ahead of the first Grand Slam of 2021, whilst she won her second title of the season at the Miami Open last weekend, defending the title after the event was cancelled last year.

If those two victories haven’t silenced critics, looking at the players she has beaten certainly should. In the Yarra Valley Classic final she beat Garbine Muguruza, who has proven to be one of the form players of the year so far.

But it’s never a nice way to finish a match… Wishing Bianca a speedy recovery! The first of many matches for us I’m sure! pic.twitter.com/IE3zGGgNF6

Meanwhile in Miami she overcame Victoria Azarenka, Aryna Sabalenka and Elina Svitolina in consecutive matches to reach the final, where she was comfortably beating Bianca Andreescu before the Canadian picked up an injury and was unfortunately forced to retire.

Osaka had the opportunity to usurp Barty from the No 1 ranking in Miami, though her winning run was snapped in the quarter-final by Maria Sakkari – though Barty would have secured her spot at the top by reaching the final in any circumstance.

Though Osaka and Iga Swiatek may have won the Grand Slams since the Tour restarted, Barty has surely done enough to justify why she is the world No 1, and considering how she defended her Miami crown despite strong opposition she could deservedly stay there for a long time to come.