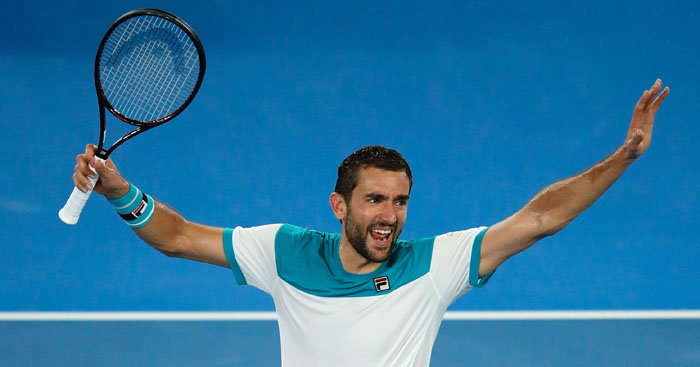 Kyle Edmund’s fantastic run at the Australian Open is over, and we take a closer look at his defeat to Marin Cilic.

Let’s face it, it was always a tall order. Edmund has captured the imagination and affections of the people during his remarkable march to the Australian Open semi-finals, but he went into his last-four clash with every disadvantage you could imagine.

Croatian Cilic went into the game considerably fresher given Edmund’s warrior-like advance through the rounds. Twice the Brit had played five sets, and once four, where as Cilic enjoyed a much more comfortable progression.

That was probably a factor in Edmund’s medical time-out at the end of the first set, his third of the tournament, and it was definitely a factor in the fatigue that seemed to beset him in the later stages when his challenge visibly wilted.

However, it was Cilic’s serve and greater big-game experience that were the true keys to his victory. 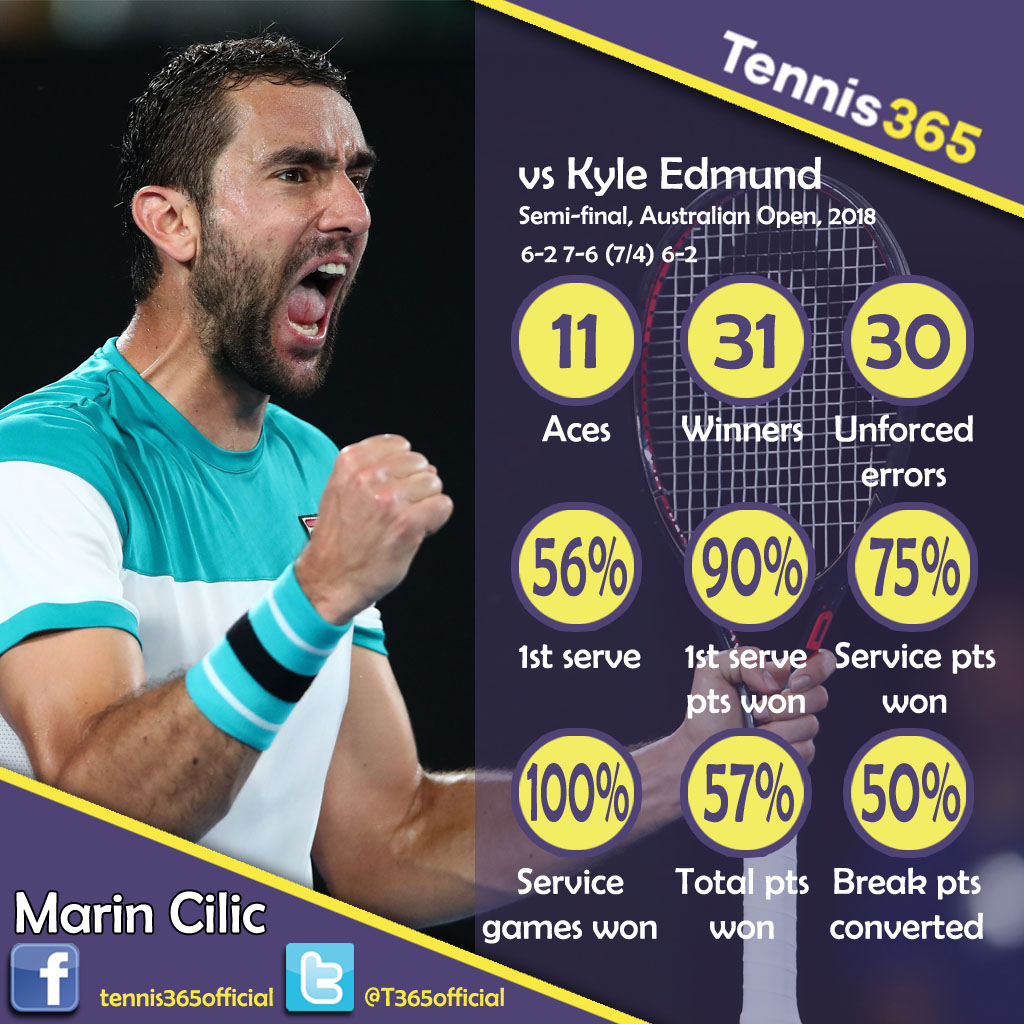 Cilic was just far too dominant on his serve. When Edmund made a good start and quickly created two break points, Cilic’s serve dug him out of trouble.

In the second set, when Edmund threatened a break by going 30-0 up, Cilic’s serve powered him to win four straight points to fend off the challenge.

Cilic won 75% of his service points, winning a whopping 90% (45 out of 50) of points when his first serve landed. Edmund just couldn’t get a foothold in Cilic’s service games, let alone create break opportunities.

It wasn’t just all power, though, there was a degree of tactical finesse too. Edmund’s big weapon is no secret, especially after this tournament. His forehand is an absolutely pulverising presence on the court, especially when meeting a second service.

The solution that Cilic came up with was simple yet effective: starve him of the opportunity. Edmund had no answer.

And that may be the biggest takeaway for Edmund from this experience. He will no longer be under the radar and able to surprise opponents. He’s a known quantity now, who will be studied for weaknesses and denied his strengths.

Whether or not he can find enough of a secondary arsenal, as Andy Murray once had to, will determine whether or not this was a flash-in-the-pan tournament for him – or a glimpse of things to come.