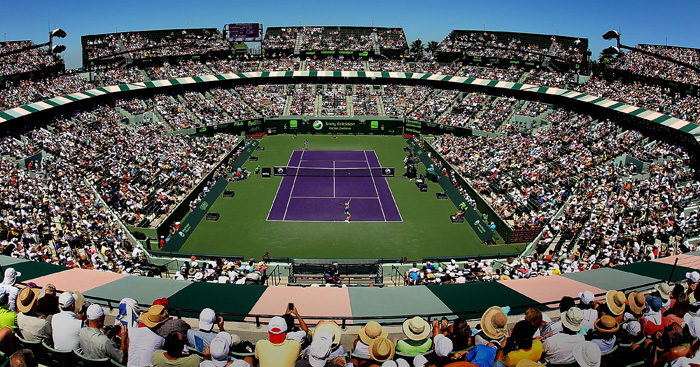 The Miami Open draws to close this weekend and ends another year of sublime tennis witnessed in the Key Biscayne.

However, there is an extra reason spectators will be disappointed the Masters event has ended this year, and it’s a controversial one.

Hard Rock Stadium will be the new home for the illustrious event from next year, as Crandon Park has been viewed as being in too bad a state of decay after hosting 32 years of action.

Modernisation is required, but sadly that modernisation will never come, though it’s not for the want of trying. Legal and environmental issues have halted any progress.

“The agreement was that only one permanent stadium would be built, said Bruce Matheson, whose family own much of Key Biscayne.

“We opposed the upgrading of the site because of the commercialisation of a privately dedicated public park which was given for public park purposes only.”

A move to a modern, big-capacity, glamorous stadium would usually be seen as a positive for any tennis club, never mind a tournament. However, many fans in the tennis world see it differently.

The 65,000 seater capacity is also home to NFL side Miami Dolphins, where the fans create an atmosphere where players can thrive.

It is expected to be a very different for those stepping on court, though. Only 14,000 seats will be used, while a large aesthetically displeasing temporary stand will be built to bring fans nearer to the action. 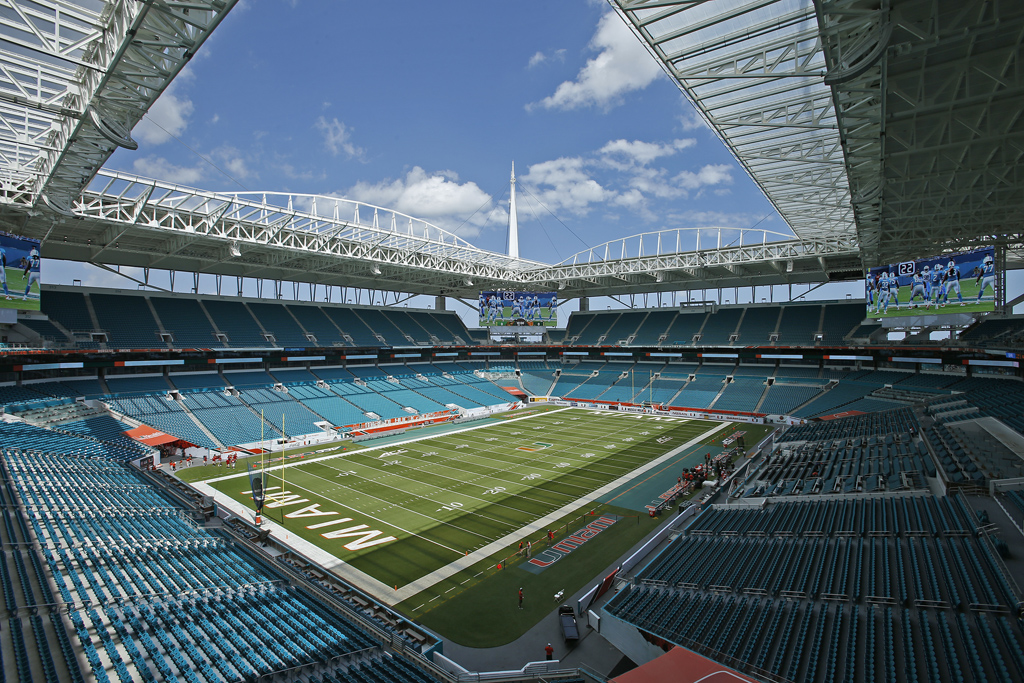 However, with over half the stadium unused, critics claim it will ultimately stop any atmosphere building.

A similar stadium in stature is the Arthur Ashe, which has a capacity of 23,000.

Often half-filled in the opening week of the US Open alongside the feeling of being up in the clouds for those sitting further back in the stands, it’s a venue often labelled for its lack of soul.

That’s something that many fear could be on the cards for the Hard Rock Stadium, too. It’s not the only concern.

Another primary criticism by those opposing the decision is that it is a move that brings no romance or history of tennis with it, whilst also leaving behind the real Miami feel.

The palm trees and fresh waters on view as spectators make their way to the courts of Crandon Park give visitors something very unique to the area that carries the tournament’s name. 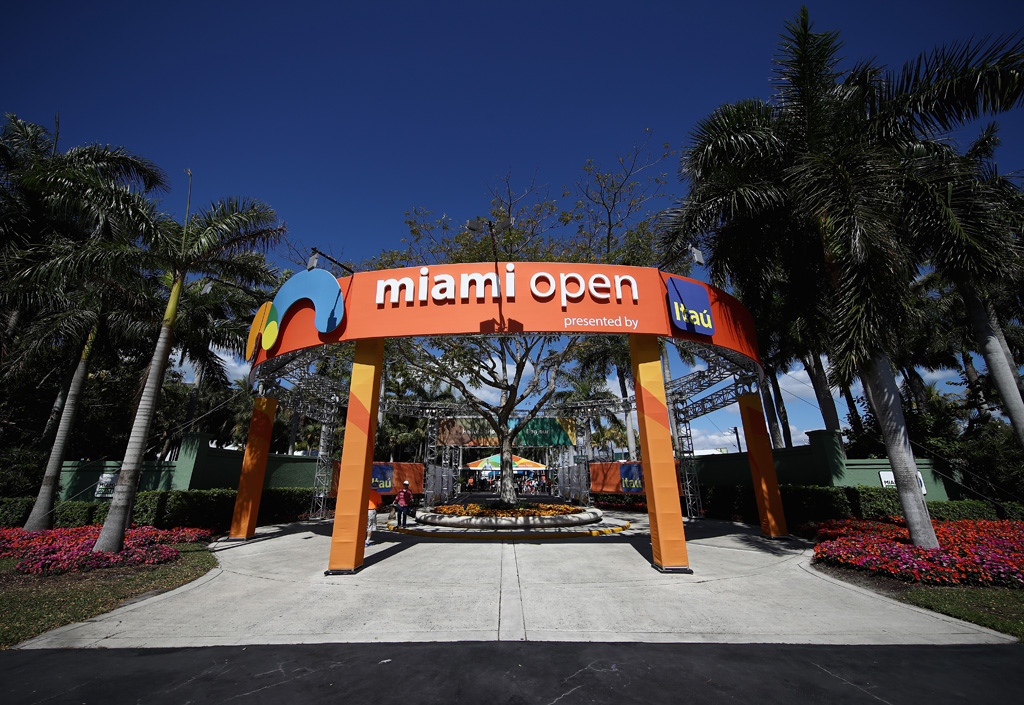 The same, however, cannot be said for the surrounding area of Miami Gardens, where a freeway and housing estates could mean fans are anywhere in the country.

Despite that, some players back the move and are looking forward to experiencing playing in such a big stadium: “it’s going to be like a day in the life of an NFL player, I am excited to go there to see the locker rooms,” said an eager Jack Sock.

In changes designed to battle with the other half of the Sunshine Double, Indian Wells, developments of the area will see a $60million upgrade with state of the art gym facilities, 30 courts for both practice and playing, as well as large screens to view the matches in progress.

However, Australian Open champion Caroline Wozniacki is one of many of tennis’ top stars cautious about the move 22 miles up north of Miami.
“I am really sad,” she said. “It would’ve been amazing if it would’ve stayed and expanded. 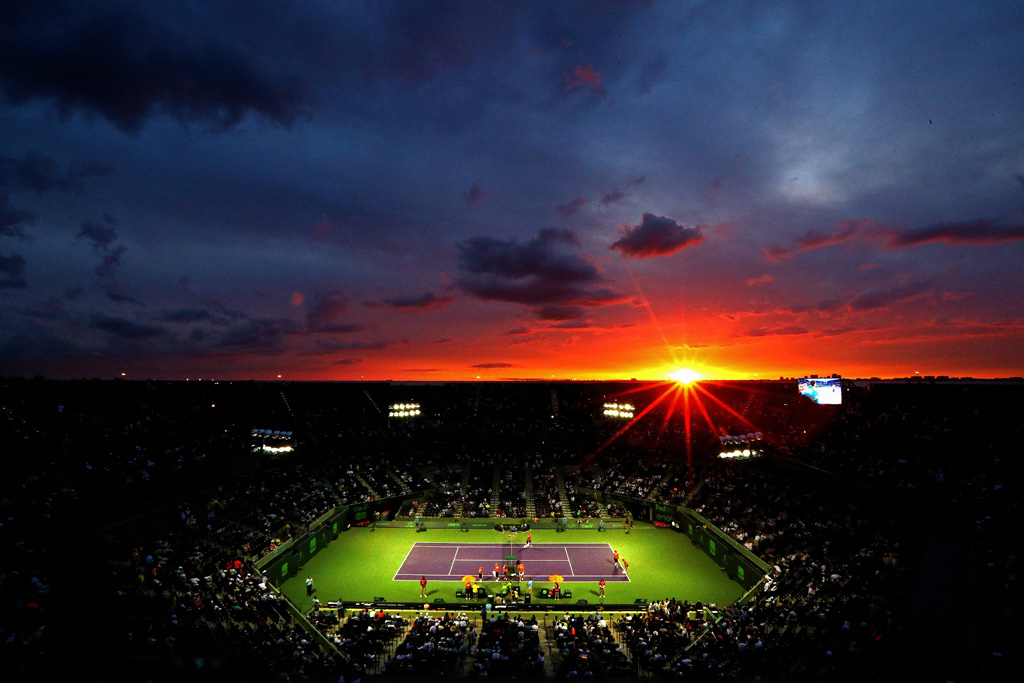 Having been to a football stadium, I have a hard time seeing how everything will work out, how’s it going to feel as cosy and special as it does here.”

As an apparent new age of tennis sets in that sees commercial considerations arguably take more priority than is healthy for the game, the fear is that the intense atmosphere of the Miami Open could be left at Key Biscayne

For now, it remains a move that brings a lot of questions and very few answers.