COMMENT: Depth of Andy Murray’s pain highlights the strength of his comeback 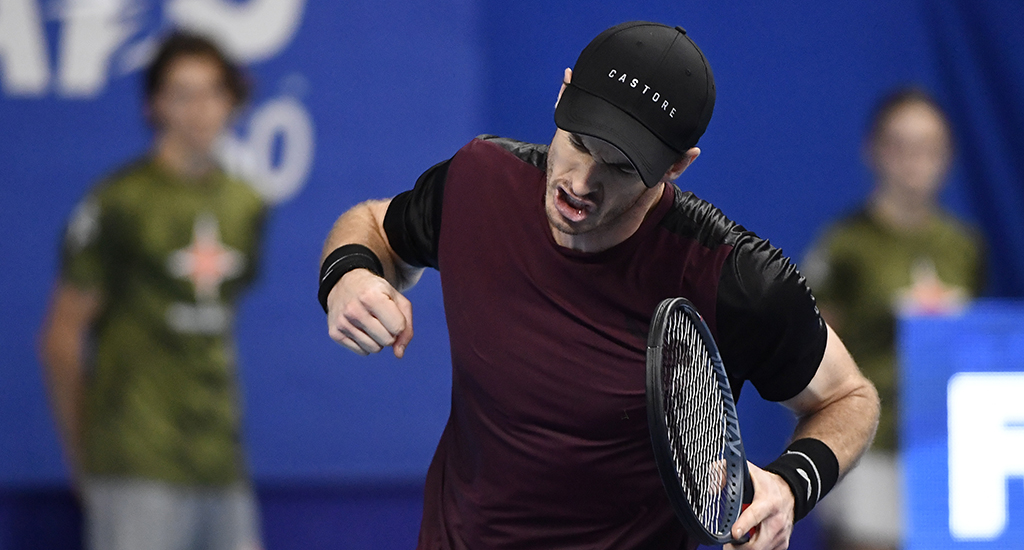 After his stunning comeback win in Antwerp last weekend, Kevin Palmer hails the sheer strength of will that underpins Andy Murray’s achievement.

As Andy Murray completed his post-match media interviews following his fourth-round win against Benoit Paire at Wimbledon in July 2017, the magnitude of his discomfort became apparent.

This had been a three-set win against opponents he was expected to beat, but the battle his French opponent on the court was nothing compared to the duel he was undertaking with his own crumbling frame.

A few weeks after his gruelling five-set defeat against Stan Wawrinka in the French Open semi-finals, the world No.1 was at breaking point and he confirmed as much as reporters speaking to him in the corridors of the Wimbledon press centre picked up his water bottle before he hobbled off for treatment.

Yet this was the beginning of the end for Murray and while he was a winner that day against Paire, his agonising hip problem could not be overcome for too much longer.

Two days later, his defence of the Wimbledon title he won for the second time in 2016 was over, as injury and Sam Querrey’s big served inflicted a defeat that was as painful as it was telling.

We didn’t know it at the time, but that defeat could well have been Murray’s final appearance on the Centre Court that had given him a stage to cement his legend, with the two years that followed a story of brutal recovery, false dawns and operations that he feared would end his career prematurely.

The tennis world waved a sad farewell to a tearful Murray after his heroic five-set defeat against Roberto Bautista Agut at the Australian Open in January and after he confirmed his decision to undergo hip surgery shortly after his exit in Melbourne, it appeared that the Scot has hit his last ball in anger at the top of the game.

His swift return to the doubles court resulted in a joyous victory along Feliciano Lopez at Queen’s Club in June, but Murray’s brother Jamie told Tennis365 back in June that he the family view on Murray’s prospects remained cloudy.

“He is trying get his hip as strong as he possibly can and when he gets back out on court training, he’s in the best possible situation to find out what level he can get back to. It’s impossible to tell how far he can get. No-one has done the surgery and come back to play singles, so for him, there are a lot of unknowns. For him, it’s about getting his body as strong as he can and when he does get back training, he gives himself the best chance of knowing what is possible and what’s not.”

As he uttered those words, Jamie could not have imagined that his younger brother would end 2019 by adding another ATP singles title to his collection, with his 46th tournament win at the European Open in Antwerp on Sunday arguably the most emotional of his magnificent career.

It was fitting that friend Wawrinka was his opponents in a final won in typically gritty style by Murray, with that battle against the same opponent in Paris back in 2017 providing a bookend to one chapter in Murray’s career and this win offering an enticing path to an expected finale to his career.

This is what it means to @andy_murray 👏

Now we wait to see whether a heroic victory in an ATP 250 event can be converted into victories against his old foes Roger Federer, Rafael Nadal and Novak Djokovic or more Grand Slam triumphs, but Murray’s comeback has already scaled heights he openly admits are beyond his wildest expectations.

Tiger Woods had the sporting comeback of the year wrapped up until the events of the last week, with his win at The Masters a triumph for medical science after back fashion surgery saved his career.

Now Murray has joined him among the ranks of the miracle men and his army of admirers can look forward to what happens next with real optimism.