Oh Kevin Anderson and John Inser, what have you gone and done?

Their epic near-seven-hour Wimbledon semi-final appears to have sounded the death-knell for no tie-breaks in the deciding sets of Grand Slams.

Anderson, the victor, called for change immediately after the match, saying: “I hope this is a sign for Grand Slams to change.

“For us to be out there for that length of time. I really hope we can look at this because at the end you don’t feel great.”

After the match, Wimbledon committee member Tim Henman all but confirmed on BBC television that the All-England club will change.

“We looked at it eight years ago after the Isner-Mahut match, but it was felt then that it was a one-off,” stated Henman.

“Now it has to be considered again. This is a semi-final of a Grand Slam and a guy has played for six-and-a-half hours before he is expected to come back and play a final on Sunday. That doesn’t seem fair.” 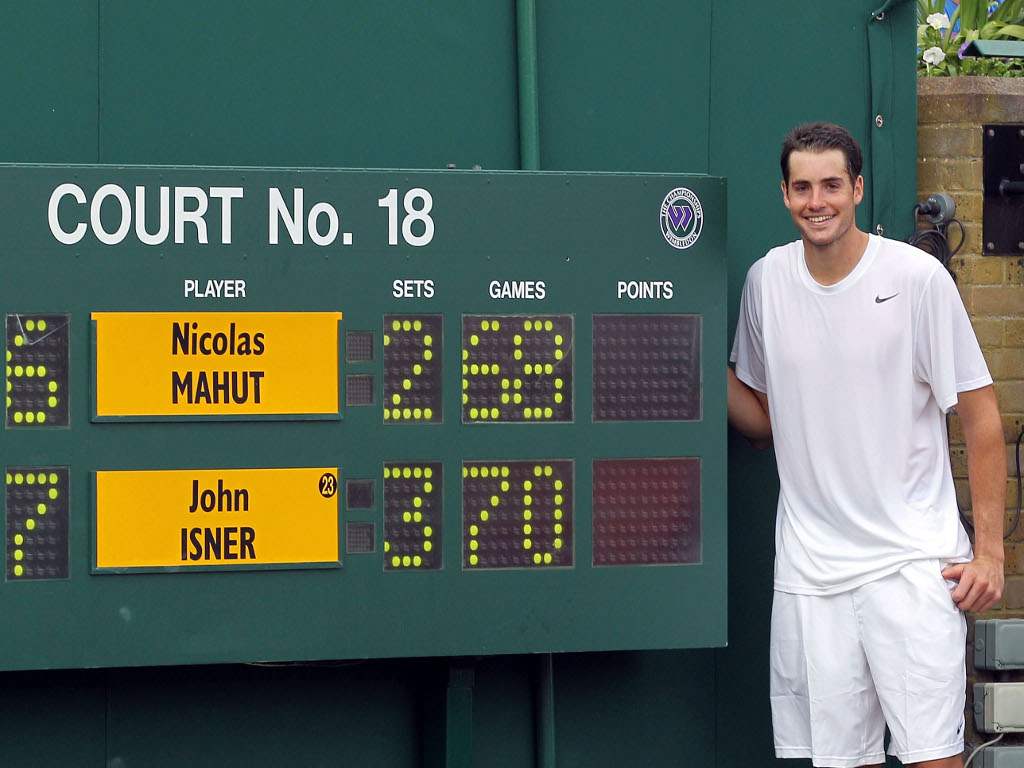 I guess the big difference, though, is that eight years ago we were talking about a first round match. It caused problems for schedulers, and the players certainly could have done without it, but it didn’t really have a direct outcome on the result of the tournament.

The argument here, is that this one will. Or, at least it might. And that’s where the argument falls down for me.

I have to admit, I sat and watched every minute of the Isner/Anderson semi-final. Every single minute, and not out of obligation but captivation. I found it compulsive viewing.

But there was a sporting element too, a human element. Which of these man-mountains, which giant, would break down first? Who would be more mentally strong? Who would want it more? Who would suffer more?

I must admit, that I don’t personally think this is about John Isner, Kevin Anderson, and the good of Grand Slam tennis at all.

From the moment I turned on the TV on Friday, the coverage was all about Rafael Nadal against Novak Djokovic. The BBC’s intro sequence was about it, the opening discussion was about it, a great deal of the commentary was about it. Being completely honest, and I’m sure both Isner and Anderson would admit it too, the crowd didn’t turn up to see them. 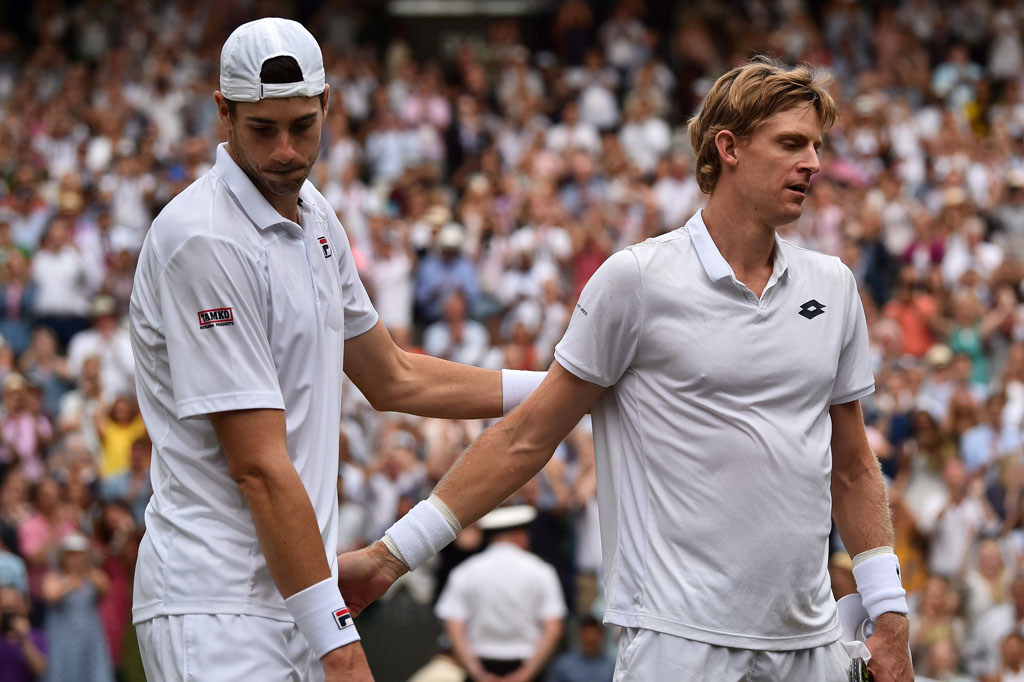 From the word go, the first semi-final was the appetiser, something to just get out of the way.

They refused to get out of the way, though. The under-card overstayed its welcome. The timer ceased to be a match clock and became a ticking countdown, gradually increasing in disgruntled volume with every stroke and until it became a deafening, angry, ominous boom of discontent. Every minute passed was another minute of Djokovic and Nadal that we would be denied.

Let’s imagine, for a moment, that it was Djokovic and Nadal who were on first and that had needed nearly seven hours of contest to separate them. Would the narrative have been different?

In fact, would time have even been an issue? Would the delaying of the Isner/Anderson semi-final have even got a mention or a thought? Would we have been complaining? Would we be worrying about the poor fans packed into Centre Court to watch it?

I strongly suspect not. I’m sure we’d have been waxing lyrical about the epic gladiatorial clash of warriors that we were privileged to be watching. We’d be dripping with envy for those lucky enough to have been there. We’d have been gripped by the narrative, the spectacle, the suspense, the drama. We’d have been fascinated to see which man’s will was stronger. 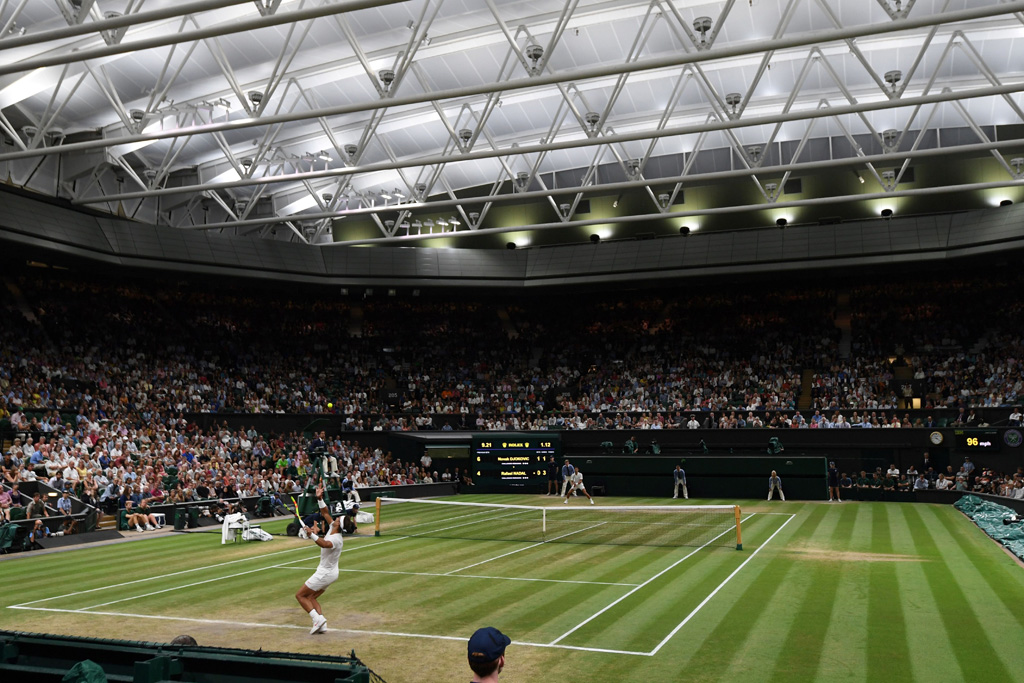 And when it was over, we’d have been talking only about how wonderful it is that we got that when it could have been reduced to just yet another boring old instantly forgettable tiebreak.

Who knows, we might have even been having another discussion about how the contest ended too soon and players deserved better than to have it decided that way.

That’s why this fresh discussion about scrapping deciding set tiebreaks in Grand Slams sits uncomfortably with me. The US Open already have, and both the Australian Open and French Open have scrapped them in doubles competitions, but to me that just makes them more special.

Let’s not pretend they are a common event either. They are not. They are most common at Wimbledon, admittedly, but it’s still not a major issue. They are a rarity and that makes them absorbing.

The NHL have a similar system. In regular season matches, if the scores are level after 60 minutes, a five minute period of overtime is played and if that doesn’t produce a winner then a penalty-shot shoot-out does. In the end-of-season, finals, though, there are no shoot-outs. They just keep playing extra periods of 20 minutes until someone actually wins it – until somebody earns it.

The argument has been that Kevin Anderson has had two marathons in two rounds before Sunday’s final and that’s not fair. I dismiss that entirely. He had the same amount of matches as anyone else, and the same opportunities, and risks, that come with them.

If he wins it, and he just might, it makes for a better story. He will have earned it, like all  Grand Slam champions should have to. If he doesn’t win it, and fatigue is a factor in that, then so what? He’ll just be another who desperately wanted to win a Grand Slam but came up short. Tough luck. Join the list. Someone deserved it more than you. Try again next year.

Tennis Grand Slams want the status, they want the prestige, they want to be special. Well they have to, therefore, do something special. Otherwise, they can just be another, slightly longer, event on a busy tennis calendar.