Comment: Why Juan Martin del Potro is the most likable tennis player on tour

Juan Martin del Potro is facing more injury heartbreak, and Michael Graham says tennis will be a poorer place without his endearing and unrivaled humility.

When you have a passion for team sports, picking a favourite team is generally pretty easy. Often, usually in fact, the decision is not ours to take. I was born in Sunderland, for example, so my football team is Sunderland. It’s that simple.

When it comes to individual sports, though, it’s not usually so straightforward. While a team are simply the latest incumbents of a club that represents a geographical place, identity, and ethos, the same cannot be said of a tennis player.

That’s not to say that geography doesn’t play a part, of course, although it’s rarely as simple as that. As a British tennis fan, I could watch Andy Murray, given another chance, all day long with an impassioned fervor. That’s not the case for Kyle Edmund, though, nor was it with Tim Henman.

That’s because, generally speaking, it’s the personality of an individual sportsperson that speaks to us, and no tennis player captures my support like Juan Martin del Potro.

And, in all honesty, that probably highlights my above point more than anything, because it was Delpo’s epic clashes with Andy Murray that endeared him to me so much.

I remember their epic tussles, not least at the London Olympics in 2012 when nationality mattered more than usual, and I remember nothing by admiration for the giant Argentinian lumbering around the court with authority yet likability.

Since then, it has been Del Potro, and not Murray, who has commanded my support over any other player.

But there is a lot more to it than that. What Del Potro has is a story, a journey.

Barely starting out in tennis and basking in a brilliant US Open triumph, Del Potro was struck down with injury. It wasn’t just any injury either, it was an injury that robbed him of his greatest weapon.

The then 20-year-old Del Potro bludgeoned his way to victory at Flushing Meadows largely on the back of an incredible forehand. However, damage to the tendons in his right wrist denied him the use of it again at anywhere near the same level.

“For three or four months I saw many doctors,” he revealed in an interview with the Independent.

“They couldn’t agree. One says I need rest, another says I need surgery. Finally, I saw the right doctor. I had confidence in him. I had surgery, and he fixed it.”

Only to a degree, though. Anyone who saw Del Potro prior to that surgery will very likely still be in awe of what he was, and no matter how good as he is now it pales in comparison.

Adversary, though, was nothing new for him. Even before he started his tennis journey, Del Potro lost a sister in a car accident. That, though, like everything else that seemingly gets thrown at him, has been transformed into positive energy.

“I had a sister who died many years ago, and I believe that she protects me from the sky. She was eight years old. I was five or six.”

And therein lies the true essence of what makes Del Potro so disarmingly adorable. 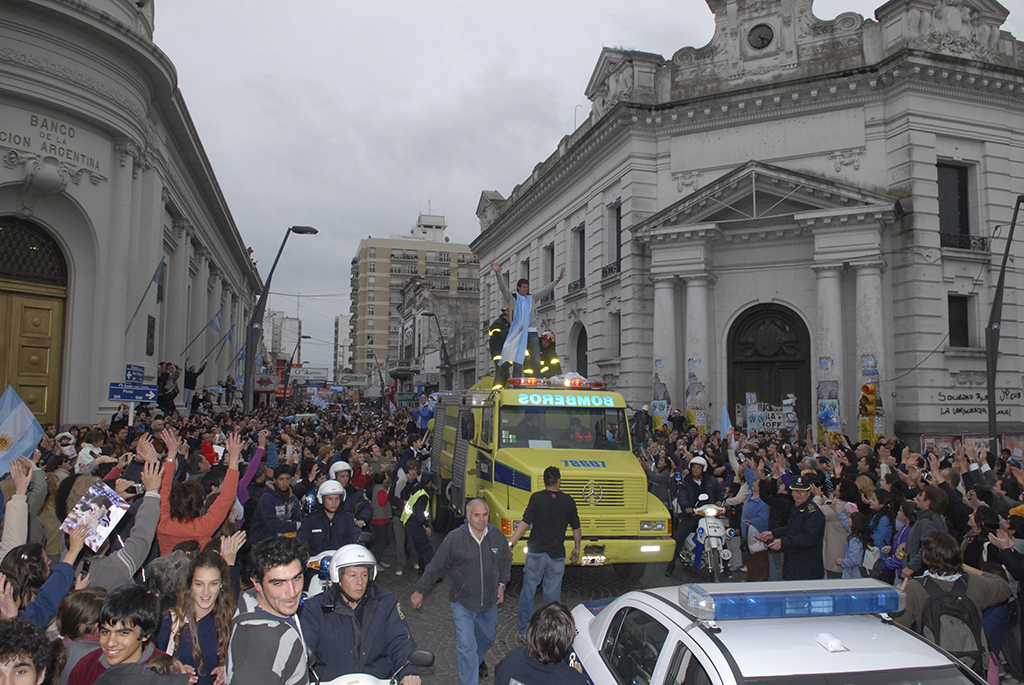 Today, tennis fans are more blessed with talent than we have ever been before. We have the active legends in Roger Federer, Rafael Nadal, Novak Djokovic, and Serena Williams. Then we have the baton carriers in Alexander Zverev, Naomi Osaka, and Stefanos Tsitsipas.

When he won the US Open 10 years ago, 100,000 people in his tiny mountain home town of Tandil lined the streets to welcome him home.

Today, he faces yet more surgery, just to hang onto the hope that he can drag his battered body through more punishment in pursuit of his passions.

In between, by his own admission, there have been thoughts of quitting: “If I say not, I would be a liar. You think about everything when you have so much time to think.”

But he’s still here, lumbering around the court while roaring his way to defying the odds, time and time again, with a humility that defies fate’s cruelty toward him.

He will, of course, he back again, and tennis won’t quite feel the same until he is.