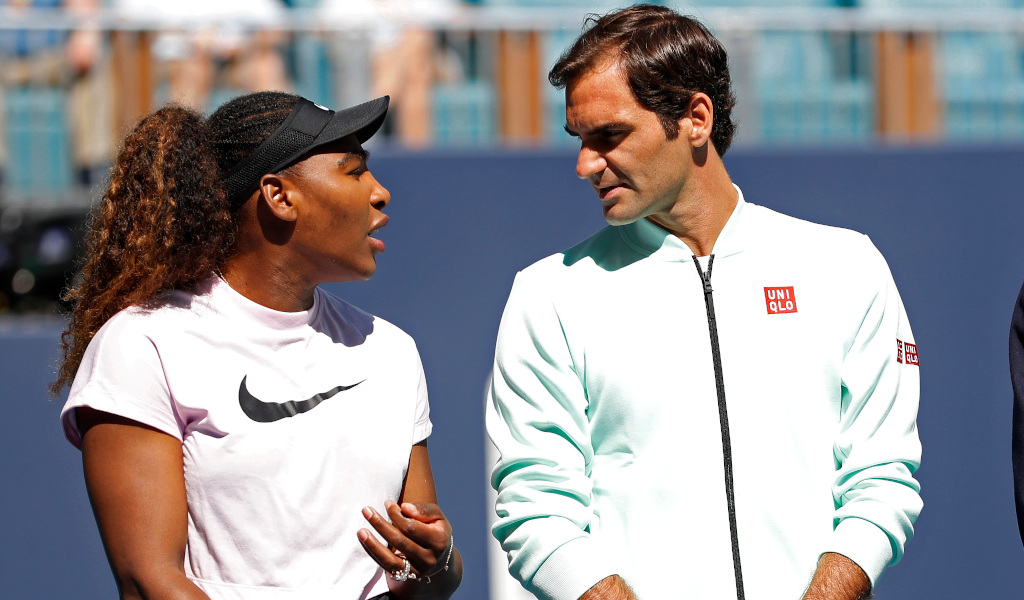 When discussing greatness in tennis, you don’t need to look much further than Serena Williams and Roger Federer.

Though debates about the greatest male and female player of all time will never end, the impact, success and importance of Serena and Federer can never be denied.

Serena Williams names ‘genius’ Roger Federer as her GOAT, describing him as ‘just a synopsis of greatness’

For so long, they have been connected. Born in 1981, both will turn 40 this year. They have won countless of Grand Slams, and have both spent over 300 weeks at world No 1.

There was another connection this week as they both stepped onto court at virtually the same time; Serena against Katerina Siniakova in Parma, and Federer against Pablo Andujar on home soil in Geneva.

Both were looking for further match practice ahead of Roland Garros, which begins in less than two weeks, though there was another unfortunate connection; they both lost, to opponents outside the top 60.

It is understandable that they are both aiming for the French Open. As they approach the big 4-0, it is easy to see that neither may have many – if any- further French Opens to play in.

Yet, with Wimbledon just around the corner and this year just two weeks after the French Open, the decision may have been an unwise one.

The grass at the All England Club has been an incredibly happy hunting ground for both over the years. No man can match Federer’s eight triumphs at the event, whilst Serena has an impressive seven titles at SW19.

With several other finals and other strong results at Wimbledon over the years, it is undoubtedly the strongest Grand Slam for both, and perhaps this year’s event may be the last good chance to win a final Major.

It is that final point that makes their decision to play on clay a little surprising. Both are French Open champions, but it is the comparatively weaker Major for both.

Perhaps unlucky to be competing at the same time as Rafael Nadal, Federer’s sole triumph in Paris came 12 years ago, and he skipped the event from 2016-2018 in an attempt to get into shape for Wimbledon.

“Whoever thought I would or could win it is wrong.”
–@RogerFederer

Roger reveals that Roland Garros is beyond his limitations. pic.twitter.com/C6xr3KkOCW

Serena is a three-time champion at the event but that number pales in comparison to her titles at other Slams, whilst since returning from giving birth she has failed to reach the quarter-final in three attempts, withdrawing from matches twice.

Though there is no guarantee that the two would be major contenders at Wimbledon, it seems that their chances would certainly be greater if they prioritised the grass.

With several warm-up events on the surface still taking place despite the delay of the French Open, there would be plenty of time to build-up some match practice ahead of their return to the All England Club, where both were runners-up at the last event in 2019.

It is possible that, as they approach the end of their careers, both wanted to play one last French Open as part of a farewell season.

That is entirely understandable and both deserve to retire on their own terms, but it may have come at the cost of one final tilt at another Grand Slam.