Did the best sporting rivalries live up to the hype in 2017? 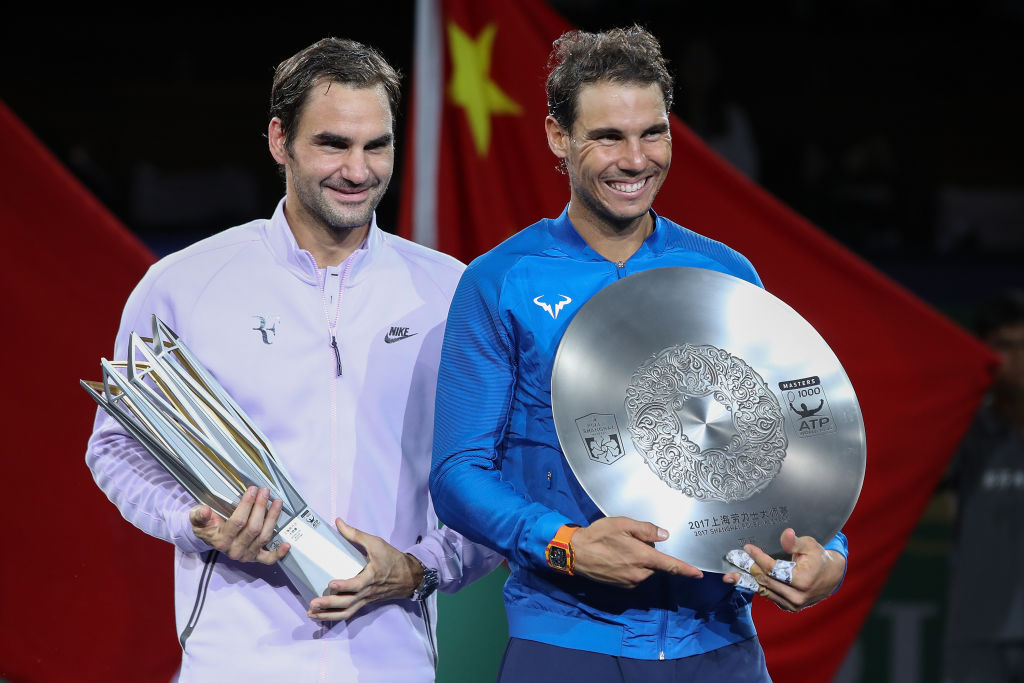 Now the curtain has been drawn on 2017, we look at how some of the greatest sporting rivalries panned out over the last 12 months.

Rivalries make sport competitive and meaningful and throughout history fans are usually more engrossed when there is a feud – friendly or hostile – between the players, athletes or teams competing for the top position.

It is no different in the modern day as we have Roger Federer vs Rafael Nadal, Lewis Hamilton vs Sebastian Vettel, Jordan Spieth vs Rory McIlroy and more.

These rivalries promised a lot at the start of the year, so let’s see if they lived up to the hype.

After going off the boil for a couple of seasons, you’d be forgiven for thinking at the start of the year that the Federer-Nadal rivalry was done. However, not only have they recaptured their best form, but they have also produced some epic match-ups in the process.

There is only one place to start and that is their masterclass in the Australian Open final. If you thought that after a 13-year rivalry you had seen it all or that it would be a watered down affair, then you were wide of the mark as it was one for the ages, with Federer coming out on top of an epic 6-4, 3-6, 6-1, 3-6, 6-3 result.

The pair met three more times in the 2017 season, with Federer seeing off his old foe in straight sets on each occasion, including the Miami Open and Shanghai Masters finals.

Entertainment Ranking (out of 5): 4.5
It would have been a perfect score if it wasn’t so lopsided in their final three matches, or if they had faced each other a few more times.

What about 2018?
With both men back at the top of the world rankings and both adding two more Grand Slams to their collection this year, you can expect this rivalry to only get better.

Add in the fact that both Novak Djokovic and Andy Murray will be back after ending their 2017 campaigns early due to injury, it could be back to the Big Four in 2018.

Usain Bolt vs Justin Gatlin
The stage was set for one of the biggest athletics races of the year: the 100m final featuring everyone’s favourite sprinter and world-record holder Usain Bolt, and the man everyone loves to hate, Justin Gatlin. Did we mention this was Bolt’s final international meeting before retiring?

Unfortunately for Bolt fans, their man didn’t really get into his stride in the 100m final and finished fourth, with Gatlin taking the gold. In the 4x100m relay, Bolt’s final race on the big stage, it finished in tears for the Jamaican as he pulled a hamstring and ended up somersaulting on the track instead of crossing the finishing line. Gatlin and his American team won silver.

Entertainment Ranking: 4
Bolt may not have been at his best and Gatlin may not be everyone’s cup of tea, but the races they competed in at the 2017 World Championships delivered plenty of drama. Gatlin claiming the unexpected win in the 100m final despite being booed by fans and then Bolt ending up on the turf in the 4x100m final when everyone expected Jamaica to win the gold added to the theatrics.

What about 2018?
Well, with Bolt retiring there will be no more Bolt v Gatlin and athletics now has to find a new rivalry. Maybe American Christian Coleman vs Great Britain’s Adam Gemili? 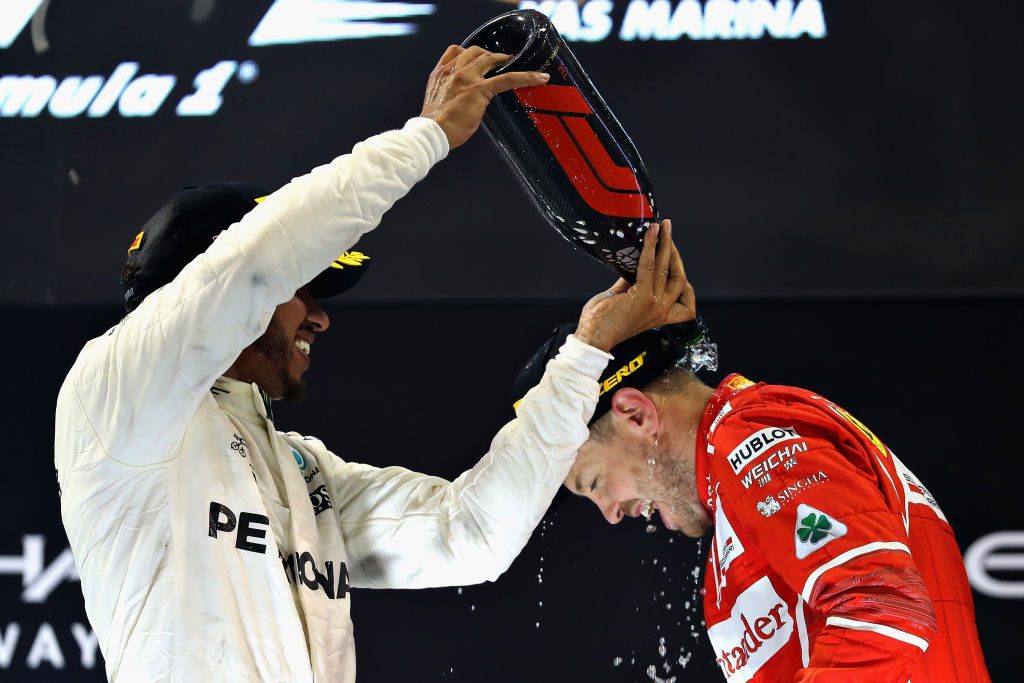 It promised so much during the early stages of the campaign as they went head to head in Bahrain and Spain, and then threatened to hit Ayrton Senna vs Alain Prost levels of competitiveness when Vettel decided to play bumper cars with Hamilton at the Azerbaijan Grand Prix. The Mercedes driver labelled his behaviour “disgusting” and “disgraceful”, but it was a little more peaceful after that.

Before the Baku race it was a tit-for-tat battle, with both claiming three wins each – and they kept things interesting until the Hungarian GP, with Vettel opening up a 14-point gap with victory. But things fizzled out after that and Hamilton went on to win the title with ease.

Entertainment Ranking: 3.5
Up until Hungary it was 5 out of 5, but it was one-way traffic after that, with Hamilton wrapping up the title at the Mexican Grand Prix.

What about 2018?
If Ferrari manage to stop shooting themselves in the foot then we could be in for more fireworks and hopefully this time it will go the distance instead of falling flat just after the halfway stage.
Adding a bit of fuel to the fire, both men are now on four titles and would love to be the first to join Juan Manuel Fangio on five.

Jordan Spieth vs Rory McIlroy
With Tiger Woods and Phil Mickelson in the twilight of their careers, this is now the rivalry that whets the appetite of golf fans. McIlroy started the year as the world No 2 while Spieth was three places behind him in fifth.

They were both there or thereabouts during the first three rounds at the first major of the year, The Masters, but McIlroy ended up finishing tied seventh while Spieth was 11th and we didn’t really get to see them go head-to-head.

The less said about the US Open, the better, as McIlroy failed to make the cut while Spieth finished tied 35th.

Again, we didn’t really get to see them go toe-to-toe, but The Open Championship was as good as it got for both of them as Spieth led from start to finish to claim his third major, while McIlroy was tied fourth.

Spieth’s victory meant that both are one major win away from a Career Grand Slam as The Masters is the only one missing from McIlroy’s collection while the American still needs to add the PGA Championship to his CV.

Entertainment Ranking: 2.5
Although Spieth was head and shoulders above McIlroy for most of the season, the rivalry didn’t really live up to the hype as the man from Northern Ireland finished the season winless.

What about 2018?
Well, the big question is: Who will win the Career Grand Slam first? If Spieth wins the PGA Championship next year then he will become the youngest golfer to achieve the feat, but McIlroy has first dibs as The Masters is the first tournament of the year.

Should either or both of them do it next year, then they will join the elite group of Gene Sarazen, Ben Hogan, Gary Player, Jack Nicklaus and Tiger Woods to have accomplished the feat. 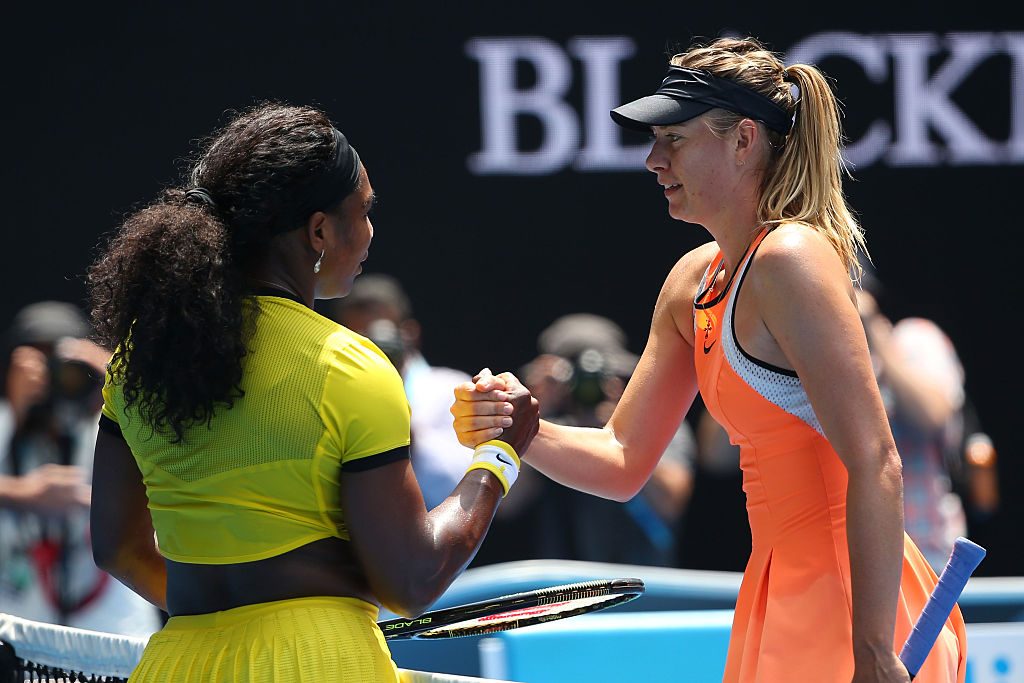 With Sharapova set to return from her doping ban in the first few months of the year, everyone had hoped we would get another shot at the Serena-Sharapova rivalry, which had been pretty one-sided in Serena’s favour so far as she leads 19-2. However, it wasn’t to be as Serena announced weeks after her Australian Open victory that she was pregnant and would miss the rest of the season.

Entertainment Ranking: 2
On court there was no entertainment, but it gets a couple of points as Sharapova released her autobiography this year and dished some dirt on the feud, saying she heard Serena cry in the locker room after the American lost the 2004 Wimbledon final to her.

What about 2018?
Well, Serena has promised to return after giving birth late in 2017 and she also has a record to uphold against Sharapova as she apparently told a friend after the abovementioned Wimbledon final ‘I will never lose to that little b**** again’.