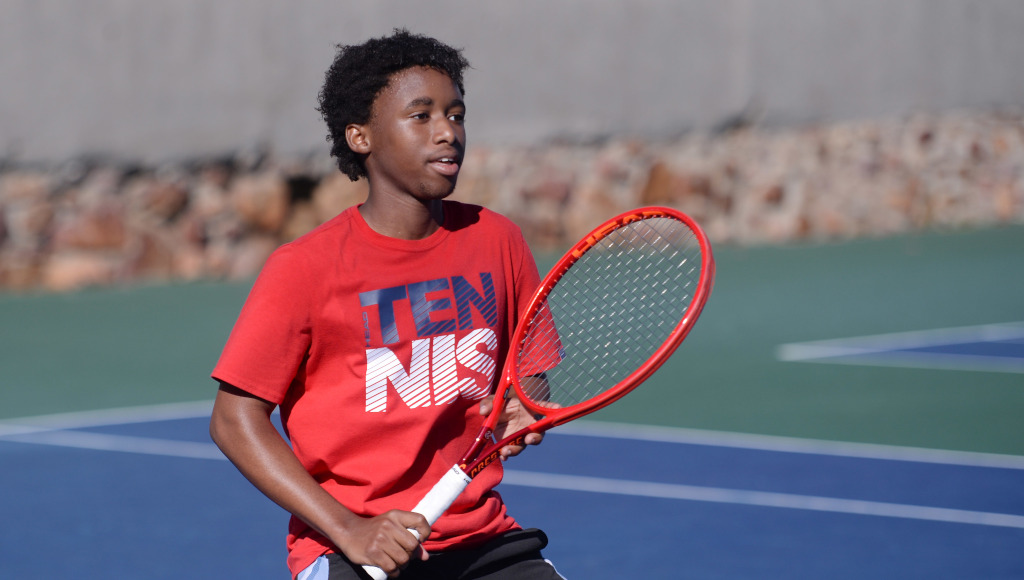 South African youngster Khololwam Montsi discusses how he got “fixed up” after a disappointing Australian Open, his hopes for the French Open and his great African rival Eliakim Coulibaly.

The 17-year-old reached a career-high of No 12 in the International Tennis Federation (ITF) world junior rankings earlier this year and was part of the South African ATP Cup squad, although he didn’t play.

In conversation with Khololwam Montsi: The ‘free kid’ who likes to entertain and dreams of making it big

He also qualified for the Australian Open Boys’ singles at the start of 2020, but things didn’t exactly go according to plan as he lost in the second round of the hard-court Grand Slam.

“Aus Open juniors second round, it wasn’t the tournament I wanted. I wasn’t too surprised that I lost as I didn’t have the best preparation coming in,” he explains. “I skipped the pre-season as I had a longer holiday. I knew going in I was pretty much relying on talent instead of the hard work and it doesn’t work like that.

“After losing I had a chat with my coaches at Connect Academy and Anthony [Harris]. We spoke about what I need to do and what needs to change and I think after that chat a lot changed. After meeting Murray [Ingram] I came to the Burgundy High Performance Centre.

“Since I have been here it has just been perfect. I haven’t had one bad day, everyone pushes each other, we all want to see each other succeed. That’s the best part of this gym. I am super blessed to be part of this place.

“I think after that Australian trip I came back and told myself I am going to be at the gym and it is something I want to do and not something like ‘oh I got gym’.

“That’s why I liked the lockdown because it was almost like a pre-season. It’s almost been two months that we have been at the gym, or a month and a half, and every single day I am at the gym from Monday to Friday.

“Australia was a bit disappointing, being the eighth seed and going down, but it is part of the sport.”

Next up on his schedule Roland Garros and it is his second visit to France as he also had a tennis sojourn in 2016. On his first trip to the European country he was a bit star struck and overawed by his rivals, but four years down the line he is much more at ease when in the presence of these players.

“I am really looking forward to the French Open as it is the one tournament that I really wanted to win, because I am a Rafa [Nadal] fan. Clay is also my favourite surface even though I have won a lot more matches on the hard courts.

“The clay brings out the true side of my game, the flair, I got more time so I can think about a lot more. I enjoy it because it is tough and I like the challenge and I want to get tougher. I’d like to spend more time on the clay, mentally and physically it is tougher. I enjoy that because I can really express my true game whereas on the hard courts it is more of a forced game, big serving or big shots, being aggressive.”

As for spending life in a bubble in France, he is not too worried saying: “If I just follow the rules I’ll be good. It’s going to be a new experience. I like to learn and try new things. It will be pretty interesting to see how the bubble works.”

The name Eliakim Coulibaly is often mentioned when Montsi’s name pops up in tennis conversations as the two are Africa’s top players on the junior circuit.

The “aggressive and smart” Coulibaly might be his biggest rival from the continent, but they share a special connection and refer to themselves as the “African Brothers”.

“Here in Africa my biggest rival is Eliakim. It’s always a tough match, but it’s always a fun match,” he says of the Ivorian. “He is an aggressive, smart, fast strong player. That’s a tough one and I have lost many times 6-1, 6-2, but I lost with pride and I lost happy. I was happy for him as someone I obviously always want to succeed.

“We play doubles together and call each other African Brothers. It’s nice to have someone else with me from here [Africa]. It feels like I am at home. We are not afraid to show our true African side. That’s what I love about him .”