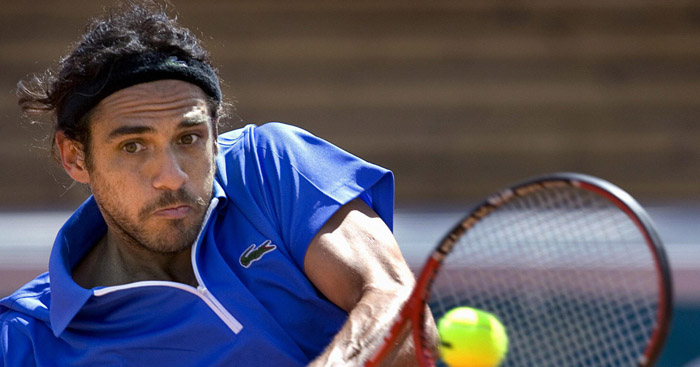 After so many false dawns, 2016 was a banner year for Argentina as the country earned a maiden Davis Cup title in its fifth final.

Mariano Zabaleta has been at the forefront in the past, part of a golden generation in his country’s tennis history, but one which couldn’t quite get over the line – he was part of a 2003 squad alongside the likes of Gastón Gaudio and David Nalbandian which reached the World Group semi-finals, and watched on as his compatriots lost finals in 2006, 2008 and 2011.

“Some players like the Davis Cup and some don’t like it as much, but I’m one of the ones who loves it, and being in Argentina [when they won it] was just particularly special,” Zabaleta says

“There was a lot of pressure, people asking “are they going to win it this year?” almost every year, so when they won it was really big.” 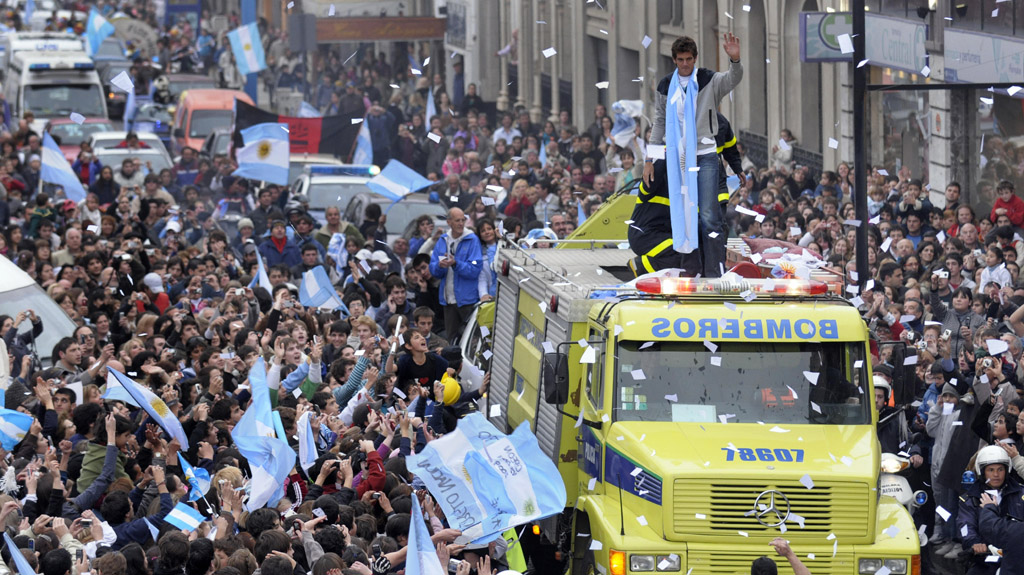 However, for all his pride in representing his country in a sport to which he has devoted his life, the 40-year-old admits the Davis Cup victory, as groundbreaking as it was, would be nothing compared to the impact on the country of a World Cup triumph in Russia this summer.

As was the case in tennis until 2016, there is a generation of Argentinian football fans who know what it’s like to see their country come close to glory and miss out, but who are yet to experience the highest of the highs.

When I ask him if he’d prefer to have won the Davis Cup as a player or see his compatriots lift the Jules Rimet trophy in July, he’s torn, but eventually settles on the latter.

“I think the World Cup, because tennis in Argentina is like 10% and football is for everybody,” he says.

“I think maybe football is a little bit different in that it’s either win or die, but regardless of that, I still enjoy everything around it.”

There’s another key parallel between the tennis and football sides in the form of a talismanic figure finally getting the monkey of international glory off his back after carrying the hopes of a nation on his shoulders for so long.

Juan Martín del Potro helped his country to glory after failing to do so in 2011, winning both his singles matches in the final against Croatia after falling short five years prior, and there remains hope that Lionel Messi will have the same impact after failing to repeat his Barcelona heroics in defeats to Germany at the last two tournaments.

While the pressure on Argentina is intense in its own right, Zabaleta accepts it’s on a whole different level for the man whose hat-trick against Ecuador is the only reason Jorge Sampaoli’s squad will be in Russia at all.

“I think if Messi was from any other country besides Argentina, this wouldn’t be the case, he wouldn’t be treated different because he has not won the World Cup,” Zabaleta says.

“As a fellow sports player, I feel sorry for him. People are sometimes too hard on him but it’s just the way football is. I almost want Messi to win the World Cup more for himself than for the country, so they leave him alone!” 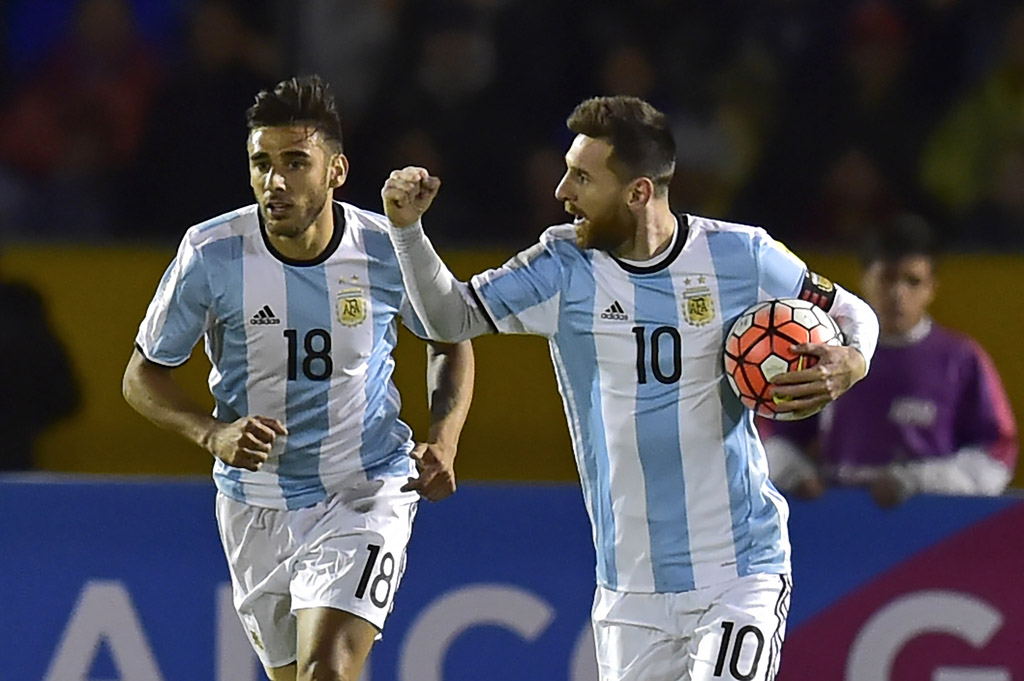 Both of Zabaleta’s sons own shirts with Messi’s name on the back, but we’re beginning to see the rise of another team among young football fans in the South American country.

While the last generation of youngsters might have been spotted wearing the kits of Barcelona or Inter Milan while playing football in the street, these days it’s all about Manchester City. Indeed, Zabaleta names City as his second team after River Plate, and speaks of the growth of English football in his country.

“The English league is really popular in Argentina – if not first, it’s second after the Spanish league because of all the Argentinan players there, and more than the Italian league now,” he says.

“In Italy we have Higuain and Dybala at Juventus, but we have only one team, in England we have three or four teams with Argentinians.”
Just as Zabaleta’s generation of tennis stars – which also boasted the likes of Guillermo Coria and Juan Ignacio Chela – have paved the way for a new crop

including two-time junior Grand Slam finalist Axel Geller, the success of Sergio Agüero and Carlos Tevez in Manchester could well see the next generation of Argentinan footballers opt for the Etihad rather than the San Siro of Zanetti, Icardi and Milito. 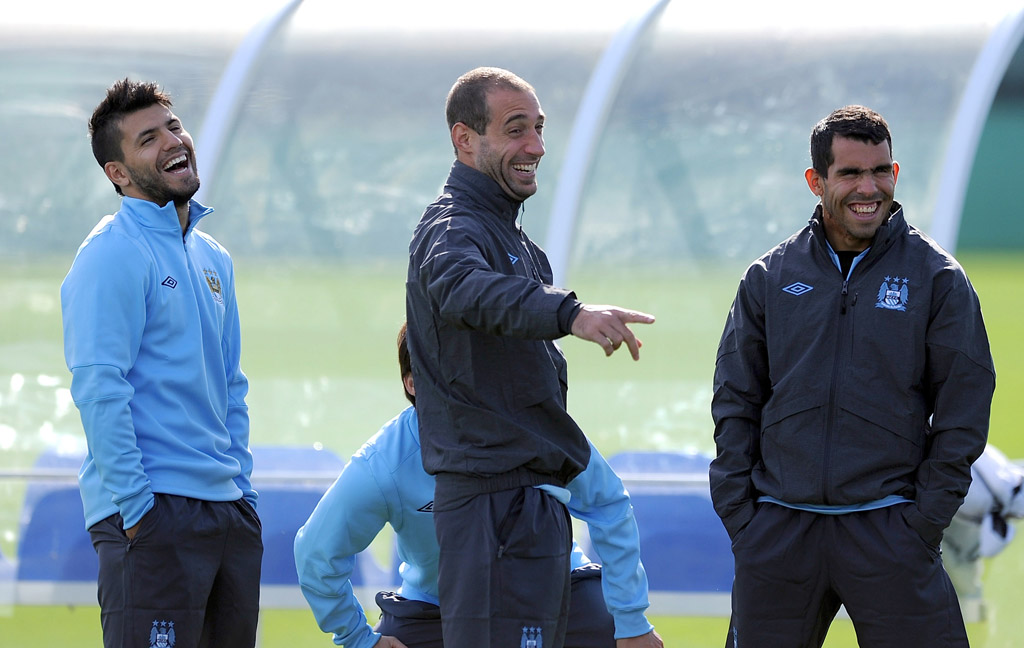 Zabaleta is speaking at the PokerStars and Monte-Carlo©Casino EPT, having taken on poker commentary gigs alongside his tennis broadcasting, and he is not surprised to see so many tennis players turn to poker after stepping away from the game, or even alongside their playing career.

Rafa Nadal and Boris Becker are the two highest-profile names to switch codes, in a manner of speaking, but Gus Hansen and Patrik Antonius – two of poker’s most successful players of all time – both began as top tennis juniors. Indeed as someone who reached the pinnacle of the game as a junior, winning multiple titles including the Boys’ Singles at Roland Garros, Zabaleta sees a clear path from one to the other.

“Once [tennis players] stop playing professionally they really miss the competition,” he says.

“Tennis players are naturally competitive by nature and it allows them something different – different buy-ins, different places, they’re on the road and can make a lot of money so there are a lot of similarities there that become attractive to them as tennis players.

“If you just had to pay to play at Roland Garros you’d get millions of guys playing there, but with poker you can pay and play against the best.” 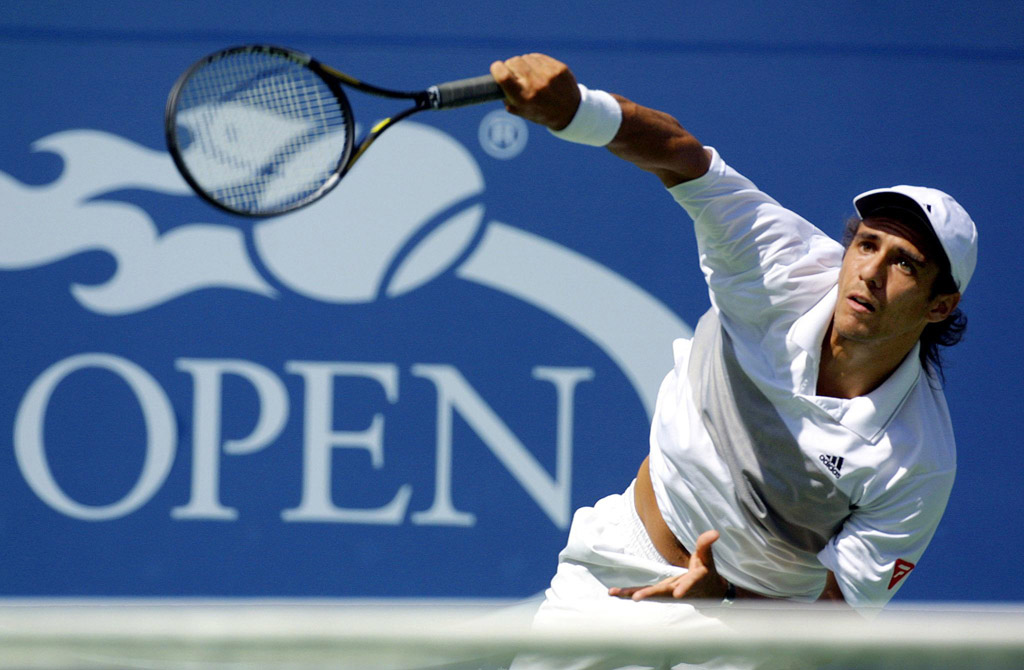 After leaving Monaco, Zabaleta will immerse himself in tennis as the French Open rolls around, but he’ll still have football on his mind.

“I was in Brazil in 2014 and it was amazing, but Russia is a bit of a longer trip from Argentina.

“Brazil was so close – but maybe I’ll still go.”