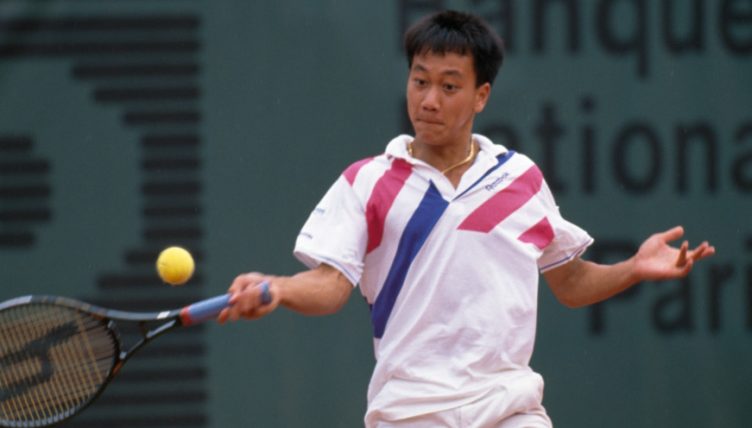 The French Open has a real soft spot for the underdog, and we recall five of the best to ride that favour all the way to lifting the trophy.

Yes, Michael Chang won a Grand Slam. It’s worth stating because, bizarrely, it often gets overlooked.

What makes it so remarkable that it’s almost forgotten was that it was so incredible.

Chang, born to Taiwanese parents but regarded as a Chinese-American, stunned the tennis world when, at 17, he became the youngest man to ever win a Grand Slam singles event.

Even more impressively, he had to go through Ivan Lendl, the then-world number one, in the fourth round.

Chang, though, had a secret motivation. In China, government forces were using tanks to violently quash a protest surrounding the death of a political activist.

“What it was really about was an opportunity to bring a smile upon Chinese people’s faces around the world when there wasn’t a whole lot to smile about. I honestly feel that that was God’s purpose for allowing me to be able to get through those matches.”

He went on to beat Stefan Edberg in the final, but it was that Lendl match that has become the stuff of Roland Garros legend.

The Swede, unseeded for the tournament, had to upset Ivan Lendl, Vitas Gerulaitis and Jose-Luis Clerc, seeded two, five and four, respectively, to reach the final.

“I thought that is what the whole match was going to be like 6-1, 6-1, 6-1,” said Wilander, apparently as shocked as everyone else at seeing his named engraved on the trophy.

Rafael Nadal is the king of clay, we all know that, but the man he unseated from the throne was Gustavo Kuerton.

The rake-like Brazilian ended up winning the tournament three times, with 15 out of 20 career titles coming on the red dirt, but his first was the most special.

Opting to use polyester strings on his racket to enhance the spin he was able to generate, 1997 is often hailed as a tournament when tennis changed, but it would be cruel to attempt to boil Kuerten’s success down to an equipment evolution.

He entered the tournament as a 20-year-old without a single career tournament win to his name and ranked 66 in the world, and yet he is often heralded as changing the game.

“We would see balls that looked like they would go eight feet out land on the baseline,” Todd Martin once recalled to Sports Illustrated. “You started to understand that the game is really changing.”

It was Kuerten, though, who won the tournament, not his racket.

“To win Roland Garros was unbelievable,” Kuerten told ATPWorldTour.com, on the 20th anniversary of his win.

“It’s become more absurd as the years have passed. Now I know how hard it is to win a Grand Slam, but back then I kept questioning, ‘What is this?’ and ‘How did I win?’ It was simple and fun. In hitting new angles, I became a new player. I saw a new universe as a tennis player. In 1997, it was simple, ‘Oh, let’s win this’.”

In 1989 Steffi Graf was just about at her brilliant peak.

She had won the previous two French Open and was looking certain to make it three in a row. 17-year-old Sanchez had other ideas though, claiming a 7-6 3-6 7-5 win.

“I fought for three hours to win the tournament of my life, the one I’ve been dreaming about,” said Sanchez of the match. “I’m very proud.”

“She was making some unbelievable shots, so close to the lines,” admitted Graf, who won the French Open herself as a 17-year-old just two years earlier.

It was so good, though, that to truly do it justice you need to read about it in full, which you can do here.