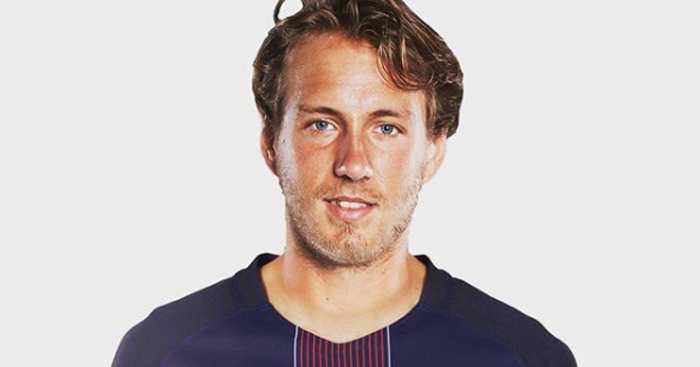 It’s April Fools day, and that means we must ready ourselves for the inevitable lazy attempts at hijinks. Here, we remember some of the more famous attempts made by the tennis world.

Andy Murray’s twitter LOLzies
Okay, so Andy Murray is not exactly known for his expressive personality. In fact, the Scotsman has long been known to be the most grumpy man in tennis, possibly even sport in general.

He, of course, argues that it isn’t grumpiness, it’s focus. His grandfather disagrees, but we’ll leave that a family matter.

In fairness to Murray, his enforced absence from tennis due to injury does seem to have given him more chance to show his personality, but it’s not the first time he’s attempted to show the man behind the machine.

In 2011, he launched an April Fools twitter hoax that, whilst not exactly flamboyant, did fool the world’s media.

The press poised themselves for a story. Sky Sports deployed their famous ‘BREAKING NEWS’ yellow bar in anticipation.

What did they get? Nothing.

In fairness, flamboyance definitely would have given him away. So bad, it actually fooled people. Well played, Andy,

Ana Ivanovic’s twitter fail
In the same year, now-retired Ana Ivanovic tried her own hand at some twitter tomfoolery for April Fools.

Problem was, it was weird and a total fail, and actually borderline inappropriate.

In the morning, Ivanovic tweeted she was to close her Twitter account due to receiving too much abuse. In the afternoon, she said she was ‘joking’.

It all looked a bit more desperate and attention-seeking than anything else, and it drew a lot of criticism from activists working against cyber-bullying for supposedly making light of what has become a very serious social issue in the modern world.

Lucas Pouille signs for PSG
This one was actually pretty good. It certainly ticked the boxes.

“After the debacle against Barça, I decided to come help PSG tonight against AS Monaco.”

The match he thought they needed him for was the Coup de la Ligue final. PSG won 4-1. Always inevitable or all down to Pouille inspiration? We’re choosing to believe the second.

Fair play, Lucas. You tickle us with your lighthearted April Fooling.

Melbourne commit
April Fools are almost cheap nowadays. It’s too easy, as we’ve seen, to just throw something up on social media somewhere whilst just going through the motions.

Melbourne, though, they know how to truly commit. They actually produced not only a video, but a video containing actual photoshopping and effort and everything, and then they released it to the world’s media like it was completely serious.

The jibe? They claimed the Australian Open would, henceforth, be played on freshly installed timber courts. THAT’S how it’s done.

1/2 As of today I am officially announcing my retirement from tennis and I am going to focus on TV and modeling.

2/2 I want to thank all of you for the amazing support over the years, it’s been truly amazing! It wouldn’t have been the same without you!

What was actually funny about this one was the total absence of a confirmation that it actually was an April Fools. There wasn’t even an Ana Ivanovic style ‘only joking’.

That kind of ability to even bore yourself and just not care enough to salvage the situation from the jaws of embarrassment makes it a roaring success in our book.