Fashion fails: Federer in a kilt, Serena’s catsuit and more… 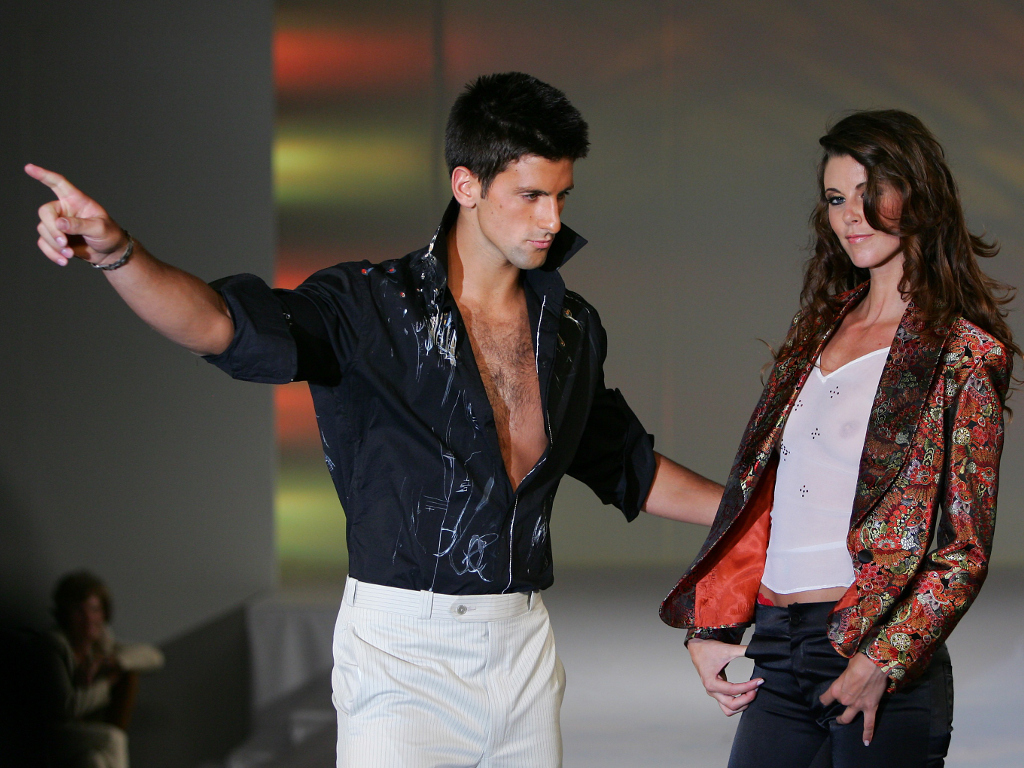 It was a sight to behold in Glasgow, Scotland, when Roger Federer wore a kilt. Don’t believe us? Well, we do have pictorial evidence.

It was, of course, all in the name of charity as he, along with Andy Murray – tartan-hat and all – competed in the Andy Murray Live exhibition match, with the money going to UNICEF and Scottish charities.

Here is the picture we mentioned. 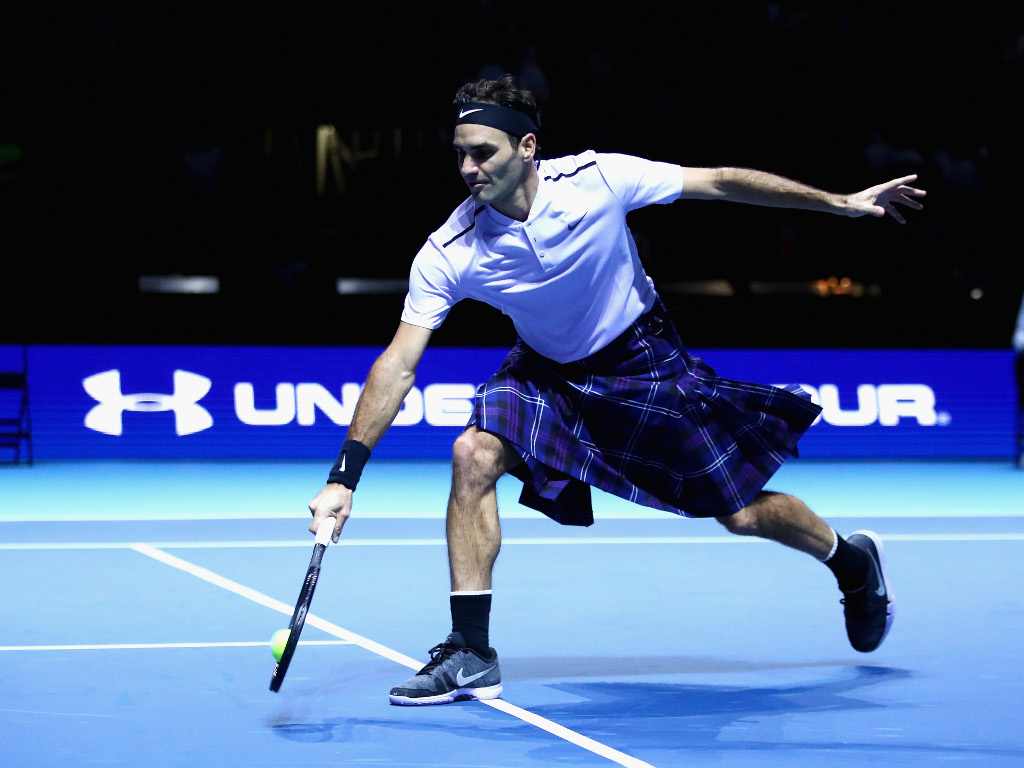 Tennis and fashion, although we are not sure that you would describe Federer and Murray’s attire as fashion, go a long way back and fashion faux pas, most of them in good nature, go back even further.

Let’s look at some of the weirder fashion moments involving tennis players.

It was all in the name of fun as Becker lost a bet against an 11-year-old and he was a good sport and came dressed as Mozart as part of the show’s tribute to the musical genius, who would have been 250.

In case you were wondering, Wetten, dass..? translates to Let’s make a bet…? 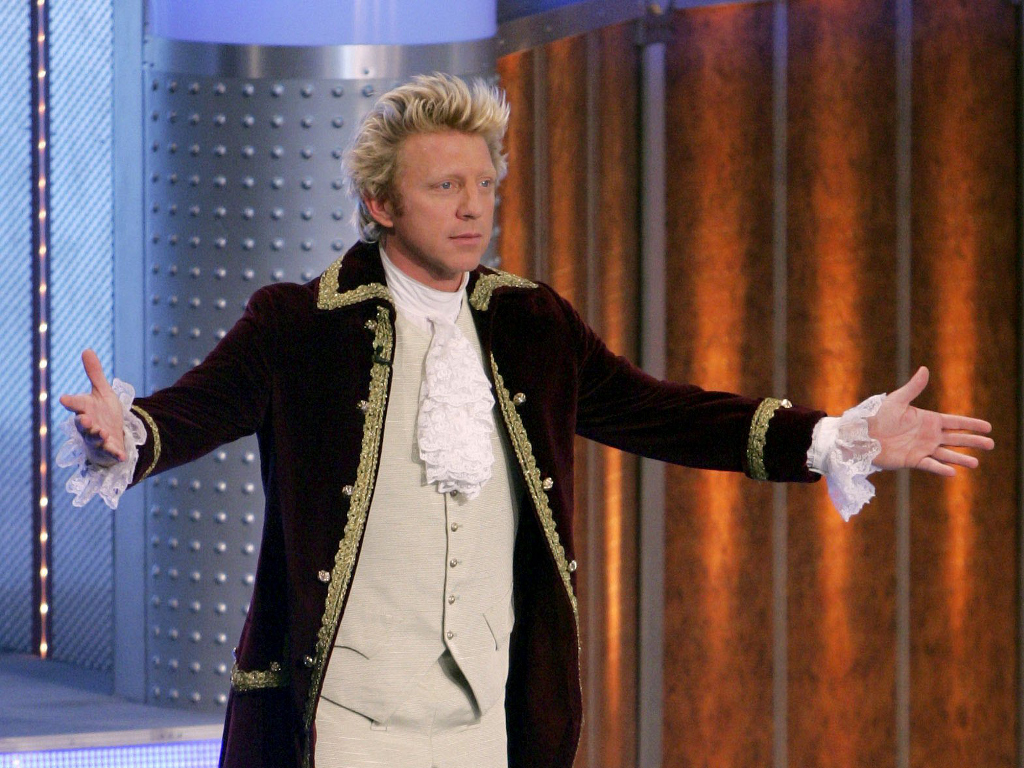 Novak Djokovic brings out his inner Zoolander in 2007
Novak Djokovic’s nickname isn’t Djoker for nothing as the Serb is never afraid to poke fun at anyone, even himself. On this occasion Djokovic took part in the ATP Tennis fashion show at the Rogers Cup Tennis Tournament in Montreal, Canada.

Does he not remind you of Derek Zoolander? We are not quite sure who Hansel was on the ATP Tour that year.

Serena Williams in her catsuit in 2002, boots in 2004 and trench coat in 2008
Serena Williams loves her fashion and is never afraid to swap her traditional tennis attire for something more eye-catching. She has delivered on numerous occasions and the first such time was at the 2002 US Open when she wore a black catsuit, and it certainly helped as she went on to win the title. 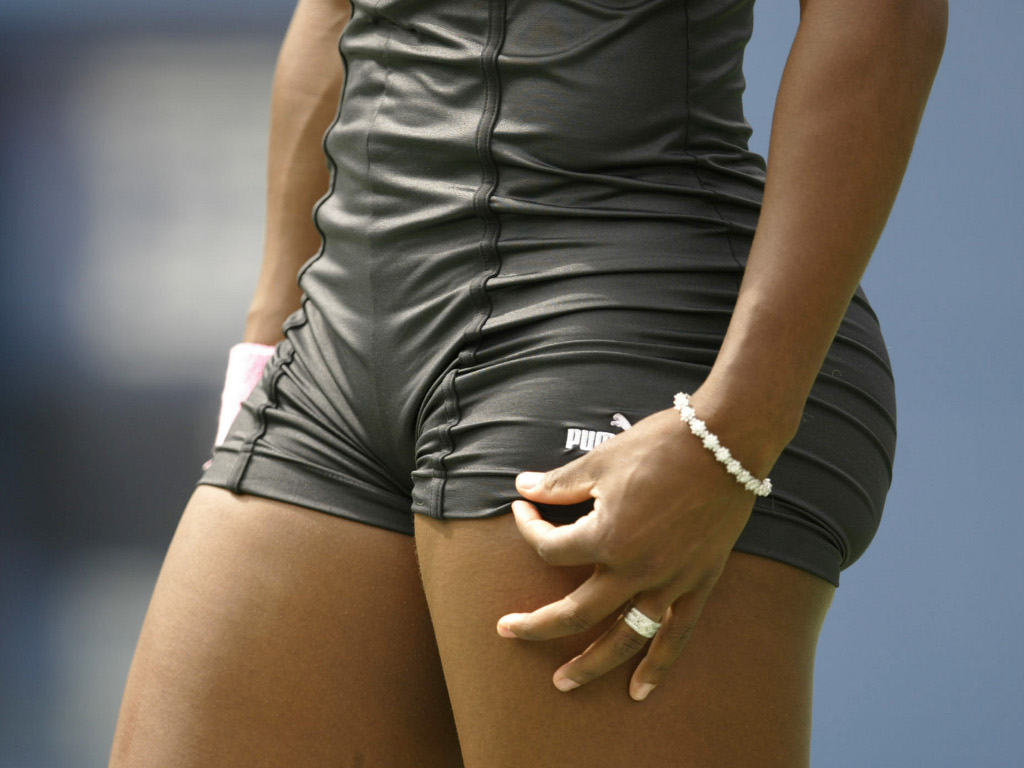 Two years later she returned with a denim skirts and knee-high boots, but officials put their foot down at the boots and she was only allowed to wear it while warming up. 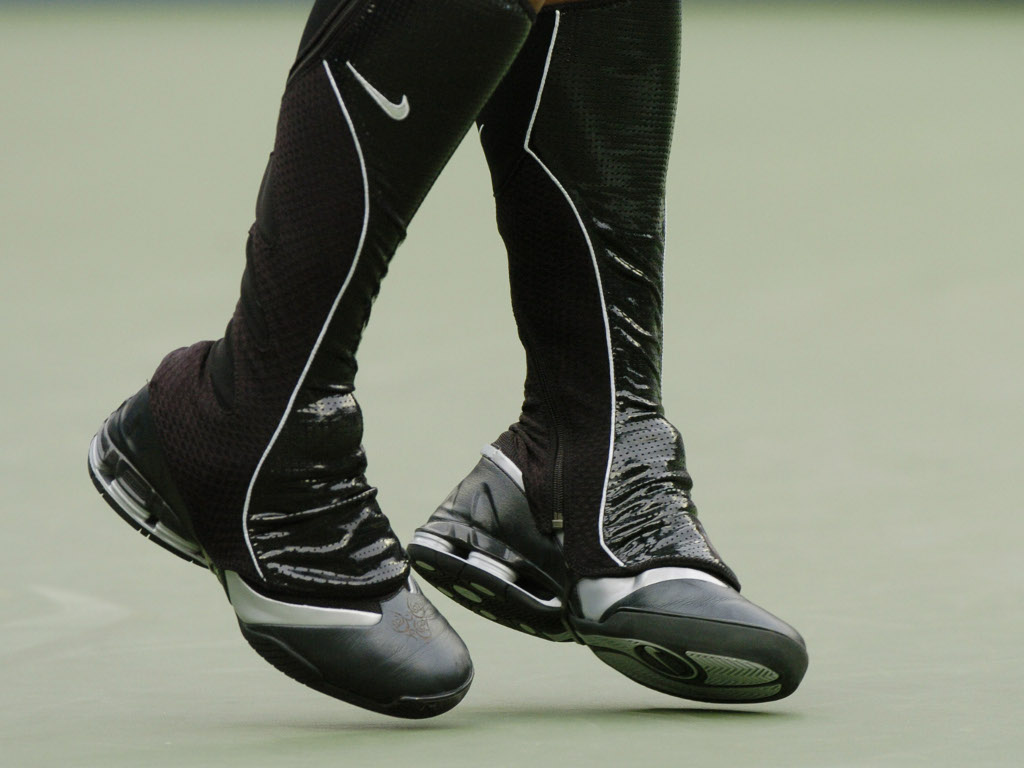 Then there was the infamous trench coat at Wimbledon in 2008. It was hot, but Serena warmed up for her opening match in a trench coat and promised that it was made of a lighter fabric.

Roger Federer’s Great Gatsby-style cardigan in 2008
While Serena Williams donned her trench coat, Roger Federer arrived at Wimbledon that year with a cardigan. It was all part of Nike’s marketing campaign as Federer went into the tournament on the back of five consecutive titles at SW19, but it didn’t do him any good as he lost in the final against Rafael Nadal. 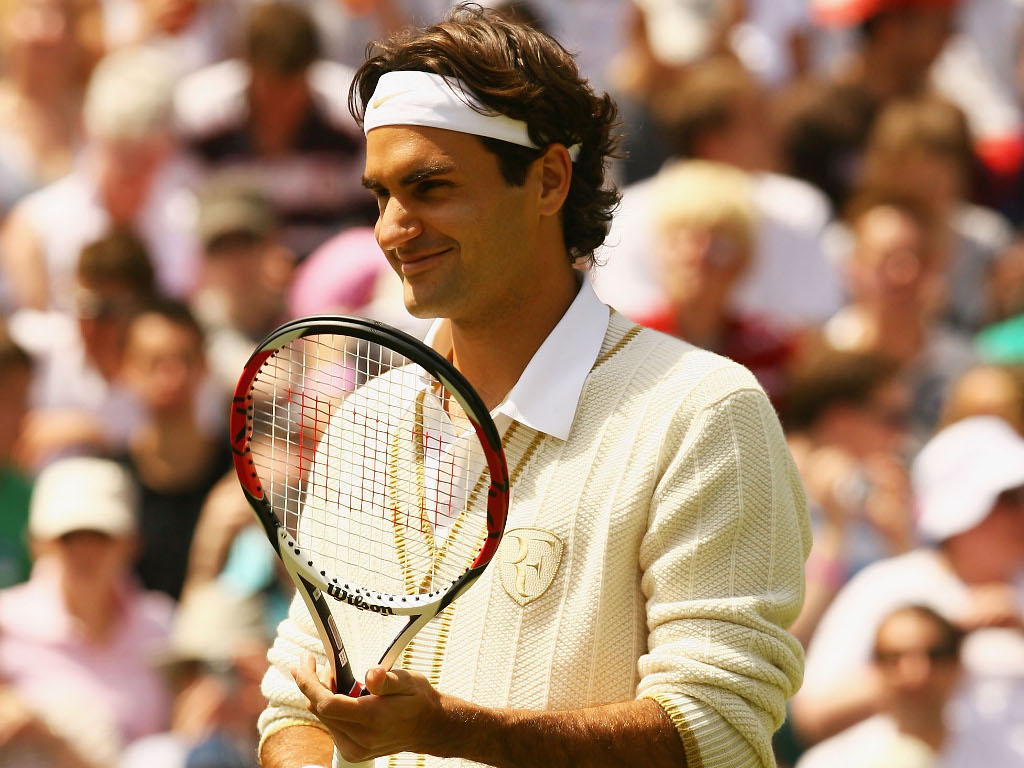 Anne White’s catsuit in 1985
Before Serena Williams dressed in a lycra body suit in 2002, there was Anne White in her all-white catsuit during her 1985 Wimbledon clash against Pam Shriver. Well, she started the match in the bold outfit, but finished in normal attire. Bad light halted the match for the day and White was asked to dress more appropriately the next day. 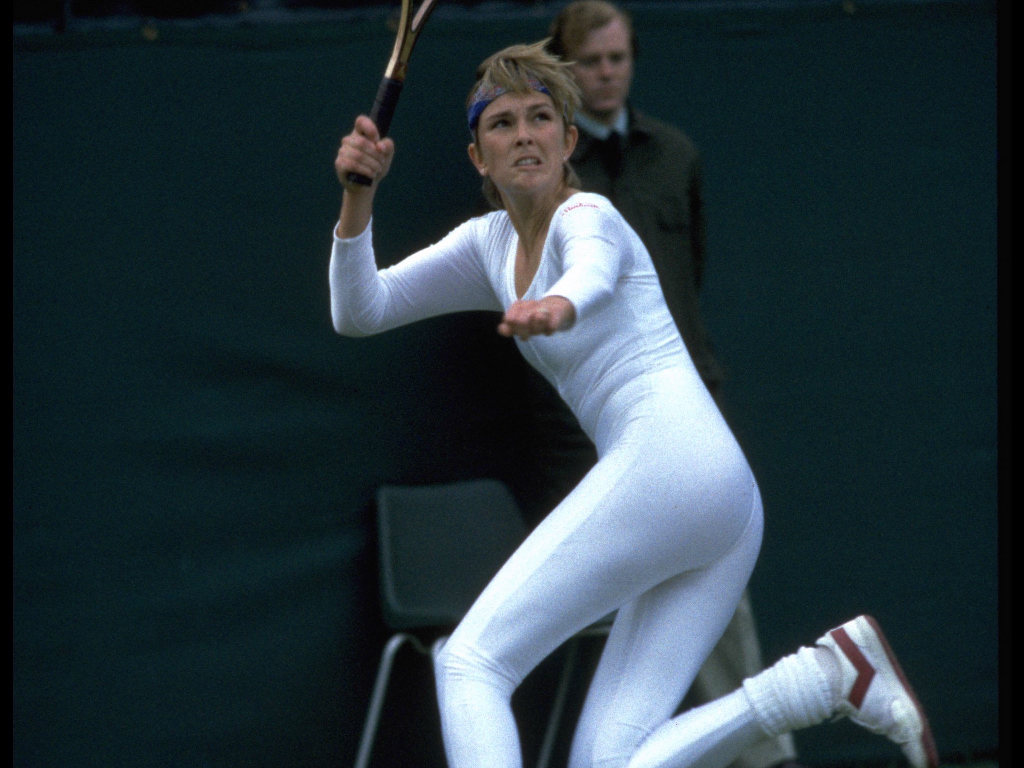 Bethanie Mattek in her pyjamas in 2006, leopard prints in 2007 and tennis ball jacket in 2011
No one was quite sure what to make of Bethanie Mattek’s 2006 US Open outfit. We can tell you her beige top was draped with a crocheted waist and split sleeves. A year later at the same tournament she donned a leopard print vest, shorts and cap. Then at Wimbledon in 2011 she arrived in a jacket with tennis balls on the sleeves. She isn’t known as the Lady Gaga of tennis for nothing. 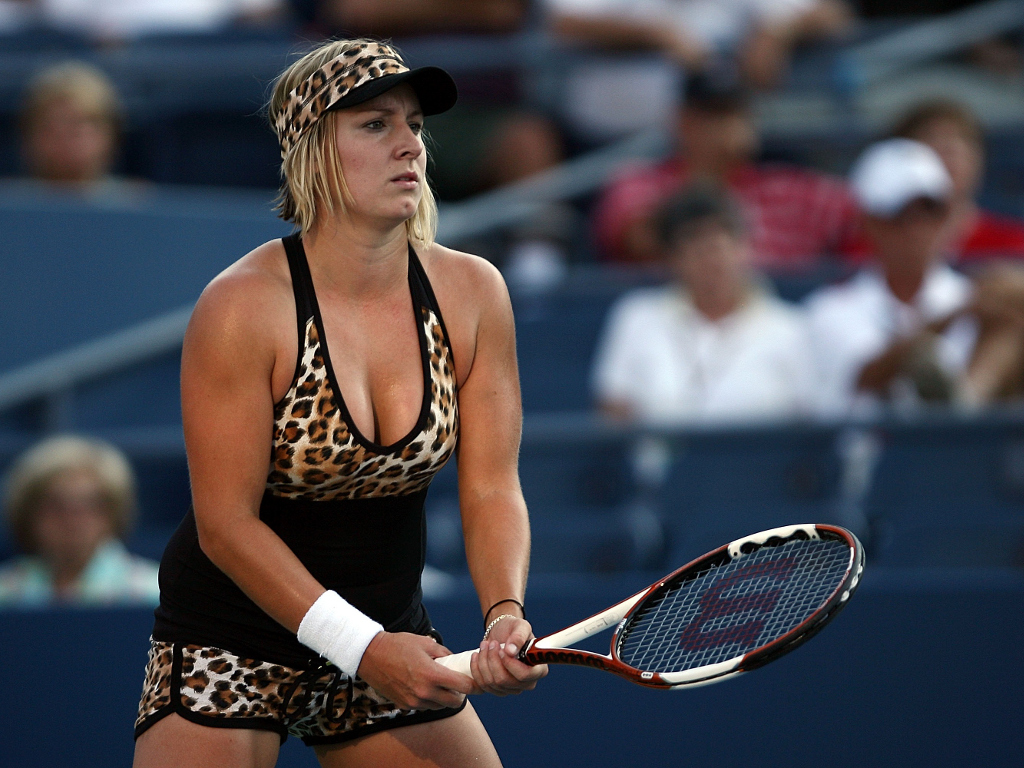