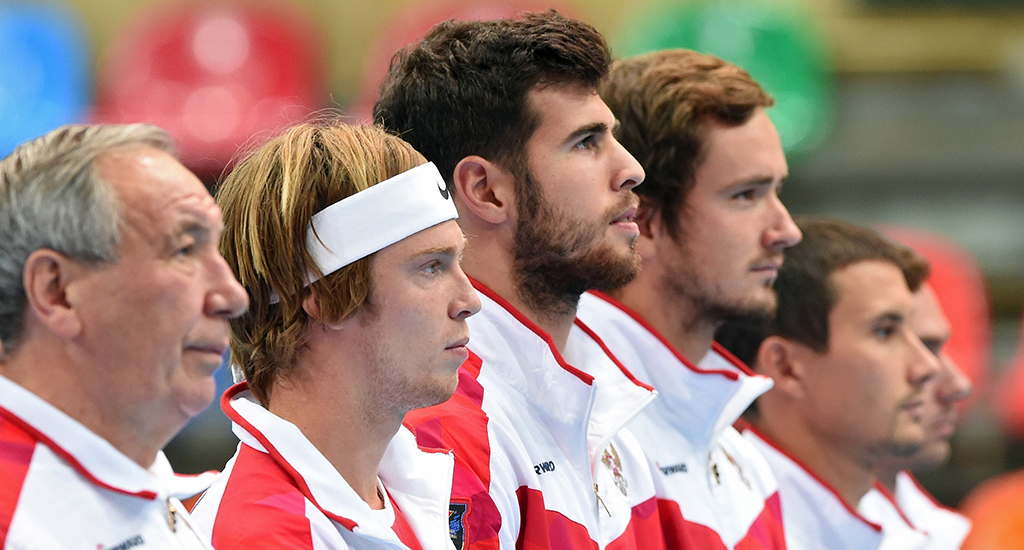 The ATP Cup makes its debut on the Tour calendar in 2020, and it has certainly attracted the stars with every top player in the world agreeing to take their place in the competition.

What teams are we really looking forward to seeing, though? Michael Graham runs us through some choice picks.

There is little doubt that, as you look through the list of teams for the ATP Cup, Russia’s pairing immediately grabs your attention.

Medvedev is the current rising star of the ATP Tour, having a summer to remember reaching four finals in a row, including the US Open where he took Rafael Nadal all the way.

However, among the Medvedev-mania it is easy to forget that Khachanov finished last season on a real high after winning in Paris.

Khachanov would probably have had a much better season this year had he not opted to capitalise on his success last season by taking a new big racket deal. The talent is obviously still there, though.

Both players have scored Masters-level titles in the last year and Medvedev has gone toe-to-toe with the big three this summer.

The real measure of the quality of this team, though, might be that Andrey Rublev couldn’t get into it.

Auger-Aliassime is probably the most exciting youngster in the NextGen as he appears to have all the tools to develop into something genuinely special.

His is, of course, immensely raw, and that is reflective in his results, which can be hugely inconsistent.

The fact that he is the highest-ranked Canadian player in a group that includes Raonic and Denis Shapovalov speaks volumes about the strides the 19-year-old has made.

Raonic, on the other hand, seems to be perpetually on the comeback trail. It seems like forever that he has been locked in a cycle of returning from injury and injured.

When he plays, though, he tends to be a big influence and capable of giving anyone a match.

Let’s be honest… the only thing that makes this team intriguing is the kind of morbid fascination we all have with Murray’s attempted return to his former glories.

Murray’s struggles with his hip injury is right off a Hollywood movie script.

The plucky underdog, who fought his way to the very top of the tennis world only to be struck down by a degenerative injury in his prime.

He tries to come back, but fails, and hits rock bottom and is forced to look retirement in the face before one desperate last attempt to regain what he lost.

The only thing missing is the ending to the story, and that is why we are so gripped by every passing chapter.

Oh, and Kyle Edmund is playing too or something…

Ok, yes, Rafa is must-watch right now for tennis fans. He is playing better than he probably ever has before.

Any team with him on it is obviously going to be tough to beat.

However, it is Bautista Agut that is maybe makes this a really intriguing team.

That’s because he is one of these players who you ever fancy to win anything, but no player ever wants to play him.

Bautista Agut is a real ‘must-avoid’ player in draws because he never gives anyone an easy match.

Croatia boast a real ‘touch and power’ combo with Coric and Cilic, who individually can bother challenge anyone on their day.

Granted, he has not really found his best since losing to Federer in the Australian Open final back in 2018, but he can still hurt the best.

Coric has beaten Federer in a final, albeit not a major one but he did manage it on grass, which is no mean feat.

All-in-all, Croatia must be considered something of a dark-horse for the tournament.