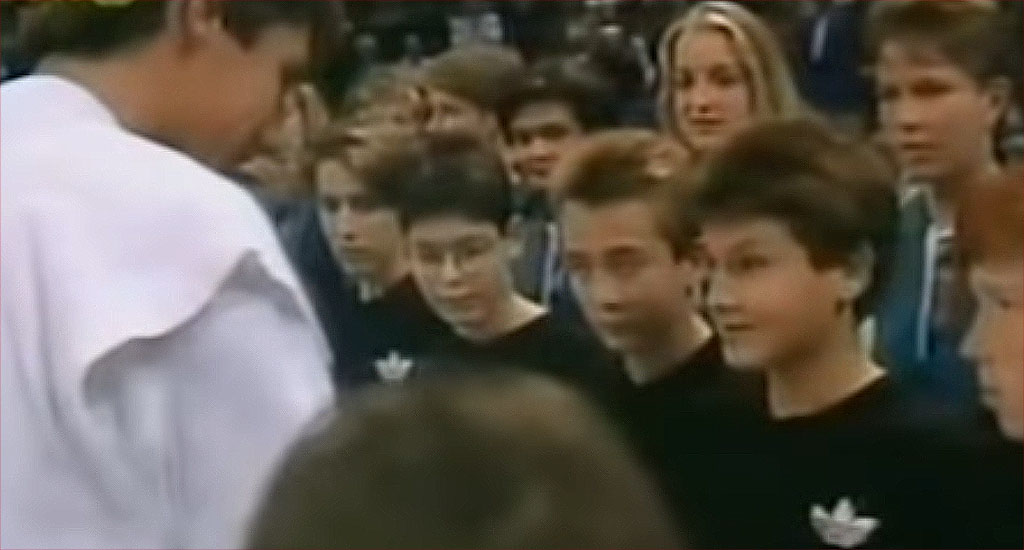 Roger Federer is gunning for his tenth Basel Indoor title this week, but arguably the most valuable experience he enjoyed at the competition came before he was even a tennis player.

It’s relatively well-known now, but Federer was a ball boy for a time at the tournament, and even had the honour of gathering the balls for Michael Stich and Stefan Edberg, a future coach of his, in the 1993 final.

Edberg was a fast diminishing force in 1993. The smooth-as-silk serve and volley grace that had seen him capture six Grand Slam titles – a style which heavily influenced the young Federer – was beginning to abandon him.

Stich, on the other hand, was firmly in his pomp.

The German had won Wimbledon just two years prior, his only career Grand Slam singles success, and two other major finals – the US Open in 1994 and the French Open in 1996 – were still ahead of him.

Stich was also on the verge of his peak world ranking of number two, which would follow just a month later.

Things were slightly different back then. For a start, it predated the ATP Tour 250 that it is now a part of. In 1993, it was within the ‘ATP International Series’, or ‘ATP World Series,’ if you prefer.

Additionally the final was a best-of-five affair, as was common then of most finals on the ATP Tour.

“I kinda remember it, of course,” Federer told TennisTV of his time as a ball-boy at the Swiss Indoors Basel.

“I did it for two years and yeah it was Michael Stich, who is the tournament director of Hamburg now.

“It’s a great memory for me, I loved being a ballboy there, I was able to see the best players in the world, first-hand, and see how they would prepare and how they should sweat and how they did they deal with the pressure and yeah, it’s good moments for me.”

Federer still, to this day, treats the Basel ball kids to a pizza party in homage to his time running the net and the lines at St. Jakobshalle, which is testament to how fondly he remembers it.

“I still have had them and I still get them today from ball boys and ball girls and I have pizza with them at the end of the tournament – they also give me a medal.

“I guess it means I am still a ball boy too because at heart, I am always gonna be a ball boy.”