Fedal: The 39th step could be one too many for Roger Federer 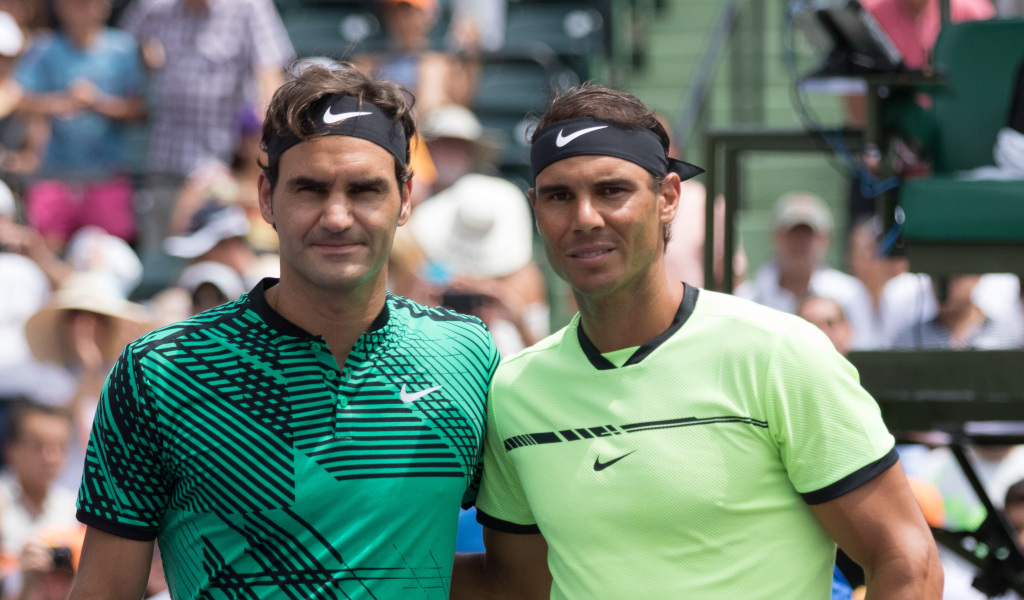 “Everyone has a plan until they are punched in the mouth”. Mike Tyson might want to start claiming royalties on that infamous quote sometime soon, so ubiquitous has it become. It would have been wise for Anthony Joshua to think about Iron Mike’s prophetic side after the Watford man’s global career plan got stuck in a rather large Mexican wrap over the weekend.

Roger Federer thinks he has a plan to attack old foe Rafa Nadal on a clay court so well-known to the Spaniard it could actually be annexed to Majorca any day now. The 20-time Grand Slam champion hasn’t been on it since 2015. While everybody who loves the rivalry is jumping up and down about the 39th meeting between the two greatest players of the pre-Djoker dynasty, there hangs the huge possibility that it could be one-sided carnage. Or at the very least, one-sided after the Swiss nicks a set.

If one reads between the clay lines, the indicators are that Rog is not expecting the cards or runes to be stacked in his favour. With a 2-13 record against the matador on his preferred surface, including a 0-5 record at Roland-Garros, there is a certain logic there.

RF has spoken of multiple factors that need to combine to give him a fighting chance. “Facing Rafa, everybody knows it’s going to be tough. But you just never know. He might have a problem. He might be sick. You might be playing great or for some reason he’s struggling. Maybe there’s incredible wind or ten rain delays. That’s why you need to put yourself in that position.”

If it sounds a bit like the world No 3 is relying on some biblical intervention (in actual fact, the weather is likely to play a major part on Friday) then one only has to take a look at how matches between the two have played out on the red hot bed of Roland. In the 2008 final, the Fed Express got stuffed out of sight. He took to the microphone to apologise to the crowd for his 6-1, 6-3, 6-0 hammering. Federer called his opponent “supreme” and “lethal” on that day. In his other three final losses, he has managed a set but never looked like taking the match deep.

While the Swiss was troubled enough by his clobbering but cuddly counterpart Stan Wawrinka in this year’s quarters, his nemesis was in demolition mode against Kei Nishikori, losing only five games. Watching Nadal in Paris is like a training drill with only one possible outcome. Or so it seems.

John McEnroe, who never won a French Open likened it to playing football on AstroTurf “only worse”. There’s no doubt that the softer surface is gentler on Rafa’s knees and allows him to slide into the ball instead of being forced into abrupt starts and stops.
The Roger and Rafa show only really works away from the clay. All the emotional stuff between these two monumental players has happened outside of the French capital. The crowd have tried to blow life into the contest but there’s been nothing to see in terms of tears, tantrums or titanic tie-breaks.

Hold that thought and wind forward a month and there may still be El Clasico at SW19. Don’t expect fireworks here, more like a drip effect of weather and Rafa wearing down his opponent with total recoil.

Still, it could all go to the wire now that both players have a combined age of 70. “Like against any player, there is always a chance,” Federer said.It sounds good but also suggests that a supreme competitor knows he is about to enter tennis purgatory. He won’t lie down until exhausted or he’s exhausted all possibilities.

If it’s 2009 all again, well, that really would be something…