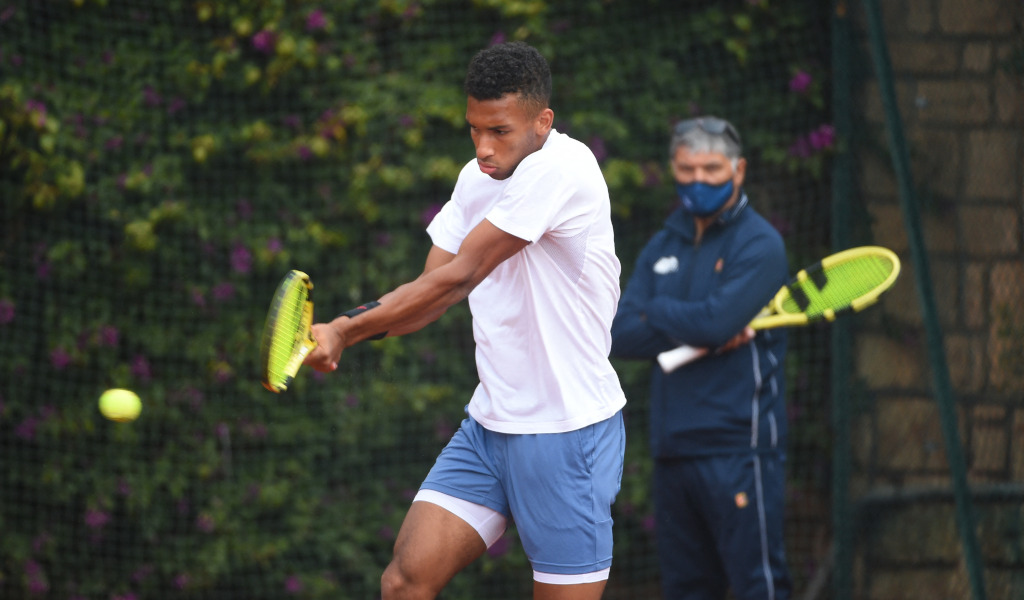 Very few matches would have been watched so intensely at the Monte-Carlo Masters as Felix Auger-Aliassime’s opening-round encounter against Christian Garin.

Any Auger-Aliassime match is likely to draw some attention considering the Canadian’s status as one of the brightest talents on the ATP Tour, but this one had particular interest due the hugely intriguing coaching change revealed a fortnight ago.

In a surprising move, the 20-year-old announced that he would start working with Toni Nadal, uncle and former coach of 20-time Grand Slam winner Rafael Nadal and current head of the Rafa Nadal Academy in Mallorca.

Auger-Aliassime and ‘Uncle Toni’ started working together in the build-up to the Monte-Carlo Masters.

In the form of Garin, the Canadian had a tough start to the clay season and that certainly proved to be the case, with Chilean’s greater experience and comfort on the surface helping him to a straight-sets victory.

Though that was a disappointing result for the Canadian, there is no need to worry about his partnership with Nadal just yet.

The two have completed just one tournament together and certainly deserve more time to gel and translate off-court practice into improved results.

A large part of that is that clay is perhaps the world No 21’s weakest surface, and that a few bumps can be expected on the dirt at this stage of his career.

Furthermore, it is clear that there is still a lot of room for mental growth within the Canadian. He has lost all seven of his ATP Tour finals in straight sets, showing there is still one big hurdle for him to get over.

However, he may now have one of the very best coaches in history to help him navigate those obstacles.

There is little doubt that Rafael Nadal is a supreme talent and would have likely had success coached by anyone, but the impact of Uncle Toni is underestimated by no one.

Toni coached his nephew from the very beginning of his career until the end of the 2017, forming a hugely successful partnership which saw Rafa cement his place as one of the best in history.

Nadal is one of the mentally toughest players the sport has ever seen, and Toni will be able to channel his years of experience with his nephew to help Auger-Aliassime win titles and make inroads at Grand Slams.

There are still several clay tournaments leading up the French Open this season and it may be a little early to expect too much from Auger-Aliassime straight away.

Despite that, this new coaching partnership is one that will surely benefit him in the long-term and he must allow some time to pass for off-court efforts to translate to on-court success.

Straight down to business 👀@felixtennis & Toni Nadal working away on the @ROLEXMCMASTERS practice courts! pic.twitter.com/E1RXIbVoKt

His loss against Garin was disappointing but he was up against a strong clay-courter. Not every draw will be that tough in the coming months, and there will certainly be some opportunities for him to progress deep into tournaments.

Toni Nadal’s success in making his nephew a strong player on hard and grass courts shows that this should be a partnership that benefits Auger-Aliassime all year around, showing further why the partnership needs time to develop.

Whatever happens over the next few months, it will be fascinating to watch how the Canadian develops under the guidance of a coaching legend.