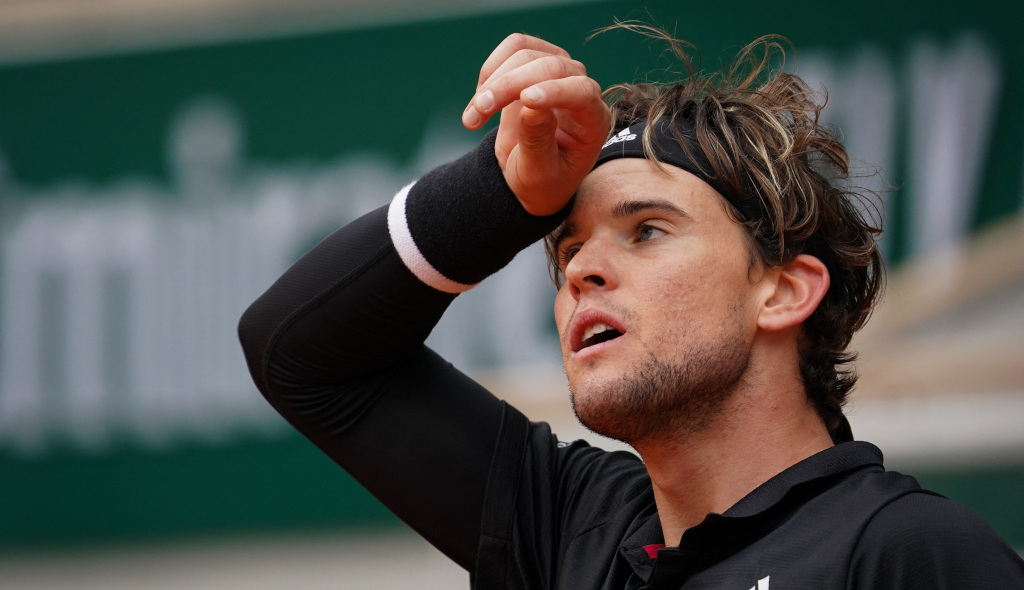 Very few moments were considered quite as significant as Dominic Thiem’s triumph at the US Open in 2020.

After losing back-to-back French Open finals in 2018 and 2019 and finishing runner-up at last year’s Australian Open, the Austrian broke his duck at Flushing Meadows and became the first man in six years – and the first man born in the 1990s – to win a Grand Slam title.

Though the tournament was held in unusual circumstances, it was considered a watershed moment for both Thiem and ATP Tour, with signs that the dominance of the Big Three may be under threat.

It hasn’t quite panned out like that, with Thiem looking far from his best for large periods since winning the title in New York six months ago.

It certainly hasn’t all been bad since then, with a run to the final at the ATP Finals last November proving he has still been able to compete with the very best when playing well.

However, his Slam and Tour performances have not been up to his usual standards in recent months.

His first tournament after his US Open triumph was the rescheduled French Open, where he fell in five sets to Diego Schwartzman in a quarter-final clash that lasted well over five hours.

Although that does not seem too disappointing on the outset, it did end a run of two straight finals at Roland Garros, and you expect him to win those kind of matches – especially on his favourite clay courts.

This year there have been further uncharacteristic losses throughout his opening tournaments, starting at the ATP Cup where he fell rather tamely to Matteo Berrettini in his only completed match at the event.

That was followed by a disappointing Australian Open campaign, where he looked physically and mentally exhausted as was outplayed by Grigor Dimitrov in a surprisingly straightforward win for the Bulgarian in the fourth round in Melbourne.

Those poor performances in Melbourne have since been followed by a three-set loss to Roberto Bautista Agut in the quarter-final in Doha, before a surprisingly one-sided loss to qualifier Lloyd Harris in his first match in Dubai this week.

These losses have been particularly surprising considering the progress he has made on hard courts in recent seasons, suggesting there may be some sort of US Open hangover bothering him in the early stages of 2021.

Dominic Thiem still not looking great in 2021, loses his first match in Dubai against the in-form qualifier Lloyd Harris, 6-3, 6-4.

In what may prove to be a wise move, the world No 4 has decided to withdraw from the Miami Open which starts next week.

Thiem has never done too well in Miami, and the extra two weeks off may give him time to gain some much needed mental and physical rest ahead of the clay court season – a part of the year that is usually strong for him.

Thiem’s absence will be disappointing for Miami Open organisers, but for the 27-year-old it seems the wise choice considering how flat he has looked of late and also considering how he has been criticised for playing too many tournaments in the past.

The 27-year-old will likely not be in action until the Monte Carlo Masters, which starts in mid-April, which could be the start of a busy clay-court season for him.

As well as playing in Monte Carlo, Thiem usually features in Barcelona and the other Masters 1000 events in Rome and Madrid before Roland Garros begins.

He has had success at some of those tournaments in the past and, after a disappointing few months, rest and recuperation may be just what he needs to spark back into life and mount a serious challenge over the next few months.